If you are a culture addict, do not miss a single opportunity to venture into one of many religious landmarks in Hanoi Old Quarter.

You will see not only an important part of Hanoian's local everyday life but also learn more about how religion is practiced in the city. 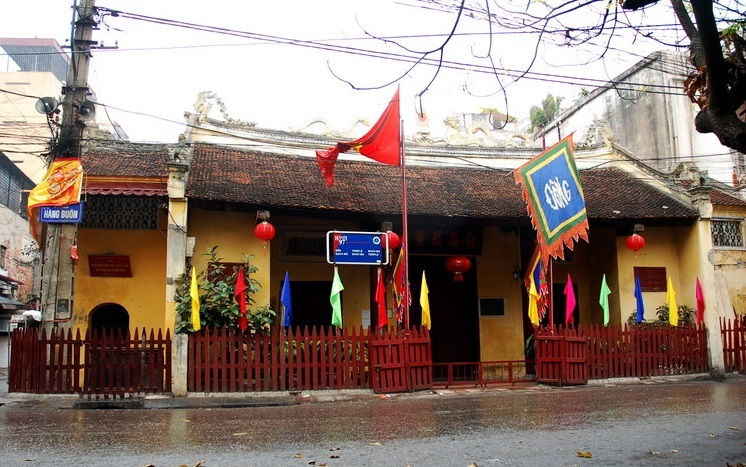 Legend has it that when the mighty citadel was first built in Thang Long (now Ha Noi) in 1010, no matter how carefully the laborers constructed the wall, it always collapsed due to the marshy soil on which the wall was built on. One day, when the king was praying, a white horse suddenly appeared in his dream and pointed to an area with its hoof prints. King Ly Thai To understood that the white horse was indicating a good site for the construction of the citadel, so he immediately chose such area to build his wall. Surprisingly, the wall no longer collapsed afterwards and the citadel was thus successfully constructed. Therefore, Bach Ma Temple, which is located around the center of Ha Noi Old Quarter, was built to honor the white horse that gave him such important guidance. Since the temple was severely damaged by flooding and other natural disaster throughout hundreds of years, it was rebuilt in the 18th century but still maintained its unique feature such as the statue of the legendary white horse and the palanquin.

Dong Huong Temple, which is located on Hang Trong Street, was built to worship a Ca Tru singer (Ca Tru is Vietnam’s unique form of singing poetry, recognized as a UNESCO heritage in 2009) who helped fighting invaders in the 15th century. According to the story, under the Le dynasty, Ming aggressors brought a lot of soldiers to occupy the country. Then a beautiful singer lured many of the invaders with her voice and tricked them into sleeping in sleeping bags. Then she and others threw those bags carrying those invaders into the river to kill them. After the country regained its peace and independence, her patriotism and bravery were recognized by the king and the temple was built to honor her as a result. Dong Huong Temple modestly lies inside Ha Noi Old Quarter, representing the local’s pride in their vigorous patriotic tradition. 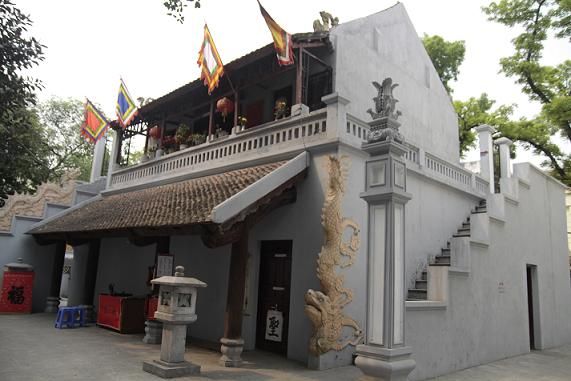 Located at 35B Hang Duong Street, Cau Dong Temple was built to worship Buddha and to honor General Tran Thu Do and his wife Tran Thi Dung, who significantly contributed to the prosperity of the Tran Dynasty. Cau Dong Temple has over 60 Buddhist statues, and noticeably many stone steles, some dated back to the Le Dynasty in 1624, as well as the Tay Son Bell since 1800. As Cau Dong Temple is the witness of numerous historical changes, its architecture reflects the quintessence of different dynasties that contributed to its multiple restorations. Although the current architecture bears a heavy imprint of the Nguyen Dynasty, the influence of the carving art of the Le Dynasty still lingers in the patterns of clouds, flowers, dragons that were carved on its doors and frames. Observing these exquisite details, visitors understand more about the local’s life as well as the social class in the past. 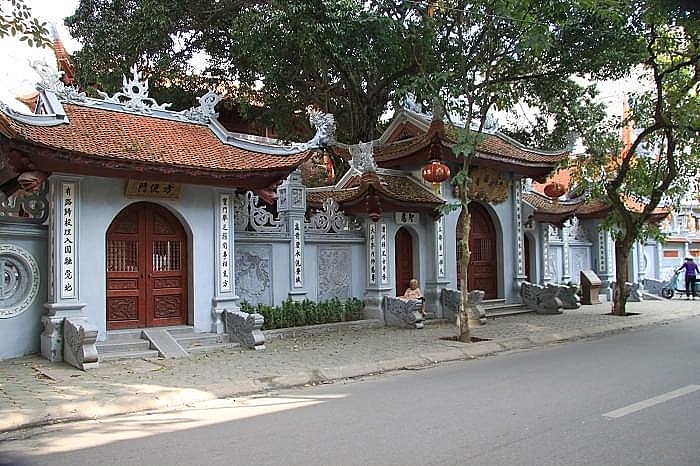 Hoe Nhai Pagoda, or Hong Phuc Pagoda, which is located at 19 Hang Than Street, used to be one of the biggest Buddhist pagodas under the Ly Dynasty (1010-1225). Hoe Nhai Pagoda has about 68 Buddhist statues, which include the historic statue of new-born Shakyamuni (called Cuu Long), displayed in six layers and 28 stone steles, dating from the 18th century. Especially, the Pagoda contains a uniquely-shaped statue of Buddha sitting on the back of a kneeling king. According to legend, after King Le Hy Tong dismissively sent many Buddhist monks to mountainous areas, a monk named Tong Dien showed him the philosophy of Buddhism thus making the King understand his wrong-doing. The statue was then sculpted to show the King’s repent. Hoe Nhai Pagoda is also considered the cradle of Soto sect (Tao Dong), one of the two main Buddhist sects in Vietnam. 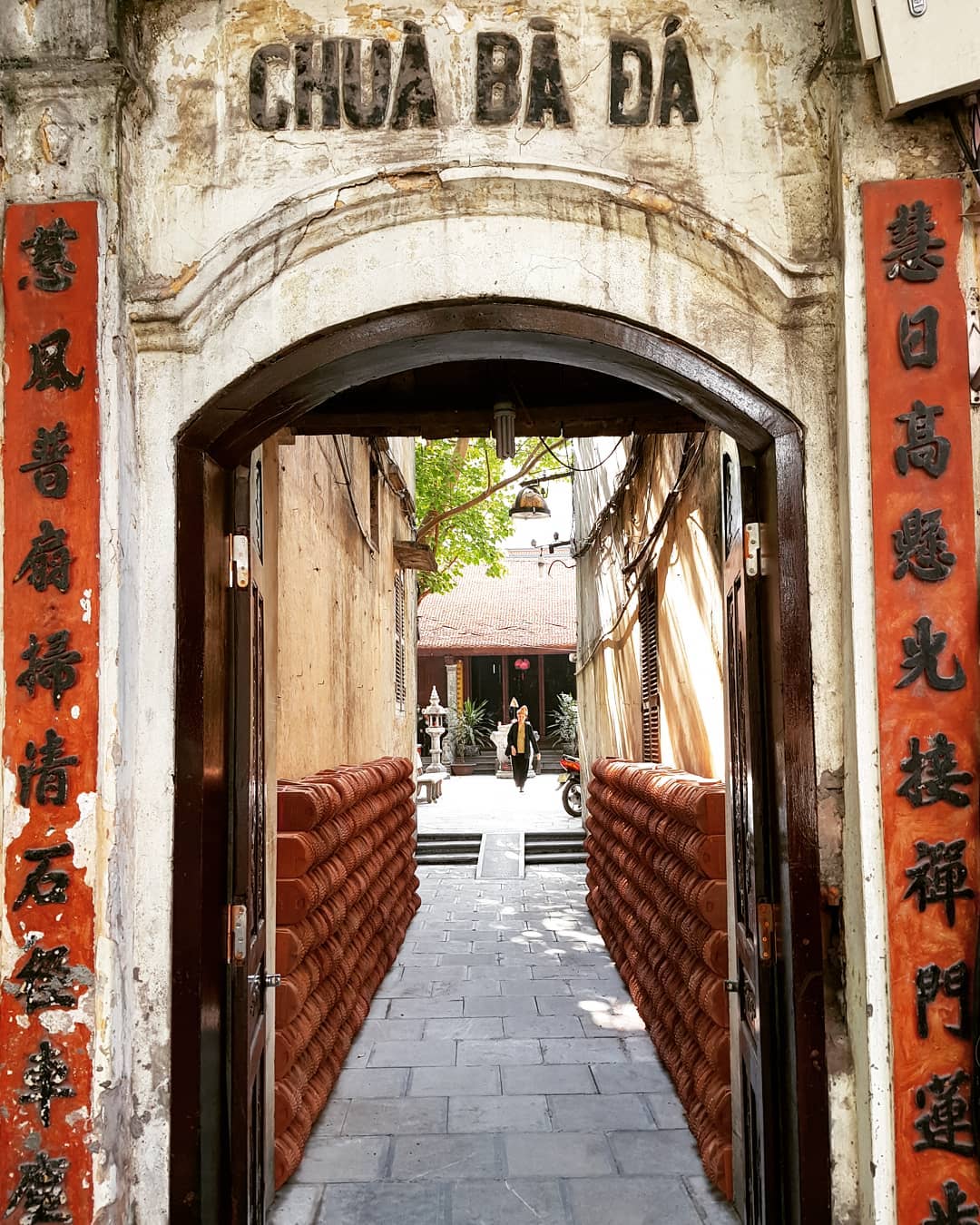 Ba Da Pagoda, located at 3 Nha Tho Street, was first built under the Ly Dynasty (1010 – 1225) and then reconstructed several times. The story recounted that during the construction of Thang Long citadel, the local found a big stone that curiously resembled a woman. Believing that this was a sacred sign sent by the Goddess of the land, the local people decided to build a pagoda named Ba Da (The Stone Lady) to worship the stone and show gratitude to the Goddess. After so many times the stone was lost due to rebuilding and then found, the stone was finally lost during the 1900s when the pagoda caught fire. After restoring the pagoda, the stone was replaced by a statue of Buddha, but the original name remained to be used. Ba Da Pagoda has both religious and historical significance as it was visited by Ho Chi Minh in the the 20th century to engage the monks into his revolution against the French. Ba Da Pagoda is now the headquarters of Municipal Buddhist Association.

Located on Ly Quoc Su Street, Ly Quoc Su Pagoda was first erected in 1131 in order to honor Nguyen Minh Khong, a famous Buddhist monk under the Ly Dynasty. Nguyen Minh Khong was the only one who managed to cure King Ly Than Tong of a serious disease, thus he was then given the title Ly Quoc Su or the Great Monk under Ly Dynasty. Throughout his life, Ly Quoc Su significantly contributed to the development of not only the Buddhism in the country, but also medicine and bronze casting. When he died, the King built this Pagoda in recognition of his devotion to the people. Visiting Ly Quoc Su Pagoda, tourists not only have the chance to admire the architecture as well as numerous historic statues inside the pagoda, but also have the opportunity to try vegetarian dishes made by the monks here. 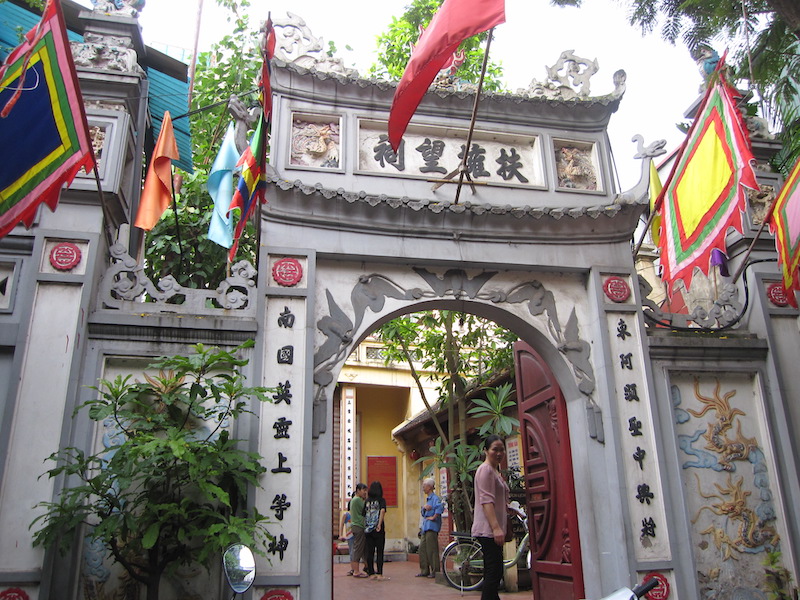 Phu Ung Temple was built by Phu Ung villagers to worship Pham Ngu Lao, the national hero. Phu Ung Temple, which is located on Ly Quoc Su Street, is also an interesting site to visit. Visitors experience a peaceful, sacred atmosphere inside the temple and have the opportunities to admire beautiful Buddhist statues inside the temple. 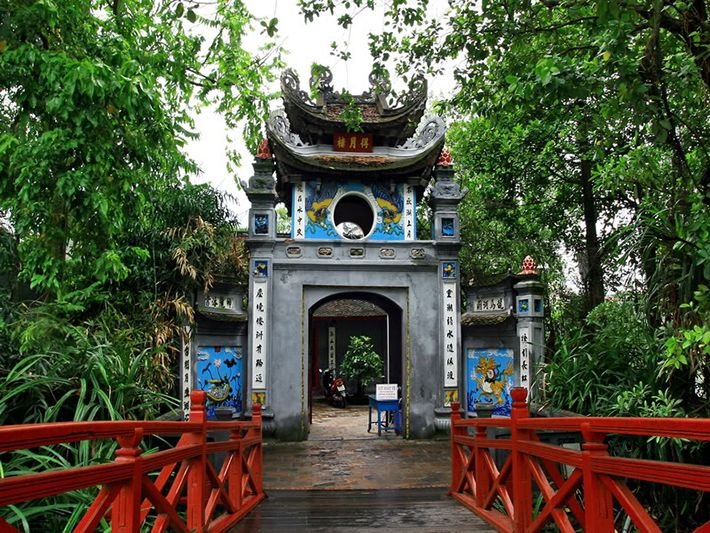 One of the most famous and even iconic place of interest in Ha Noi, Ngoc Son Temple lies on a small island on Hoan Kiem Lake. Dedicated to the Confucian philosopher and national leader, Tran Hung Dao, Ngoc Son Temple is one of the most-visited temples by both the local and tourists. Crossing the beautiful scarlet bridge named Huc Bridge, visitors enter the Ngoc Son Temple peacefully surrounded by the water and huge, hundreds-year-old trees. During special occasions such as Tet Holiday, the local often visit the temple to wish for a lucky new year, especially for progress in work and study. Going to see Ngoc Son Temple, tourists can also visit nearby historical spots such as Thap But (the Pen Tower), a five-story tower representing the love of learning of the Vietnamese, as well as the Martyr’s Monument erected in remembrance of those who died fighting for independence in Vietnam. 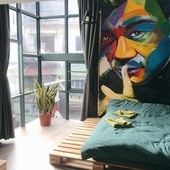 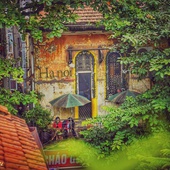 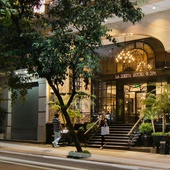