Cruelly hot summer has arrived at Hanoi as this month is when we see the largest amount of heat in a year. Interestingly, June is also the start of tourism season in Hanoi according to data collected about the number of passenger visit this capital city in recent years. 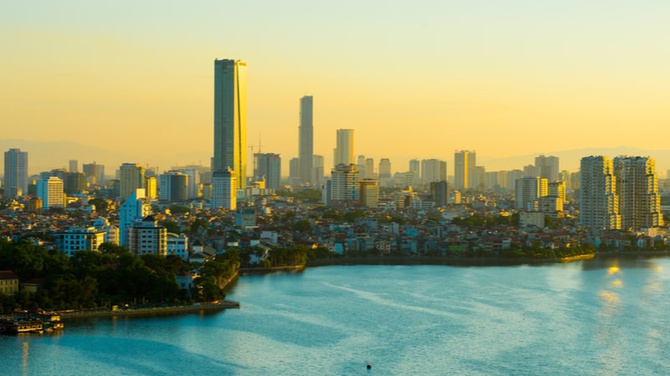 Tips for visiting Hanoi in June

Even at night we cannot avoid its heat  - knowing that the average temperature at night is 26°C while and by day it is 33°C - on average. Again, the average temperature can’t say much because strong sunlight can melt asphalt on roads and it may reach 40°C or even more at 12pm sometimes. Besides, high humidity of 70% in combination with its heat can really worry things. Heavy showers are becoming a little more often with about the same level of precipitation as the last month. Tourists from Spain or some hot states of America like California, Utah or Texas would be fine with Hanoi’s June while ones who are familiar with cool climate in England, France or Argentina would have some difficulties.

Chem Temple Festival is the only festival held in June in Hanoi in June, at Thuy Phuong Town, Tu Liem District. Activities in the event include dragon boat racing on Red River, kite flying and doves releasing. But this single festival will not be able to counter the heat!

In sum, if your schedule is not too tight, you are suggested to wait for spring and autumn.

Traveling during one of the most cruelly hot month of the year, visitors need to bring airy clothes, sunscreen, and sun-blocking hat to protect you against the extreme heat as well as flip-flops and raincoats for some unpredictable rains.

How is the weather in Hanoi in June?

Is Hanoi humid in June?

Does it rain often in Hanoi in June?

How many hours of daylight are there in June in Hanoi?

How long is the sun out per day in Hanoi in June?

The average sunshine hours of Hanoi in June is 12.6 hours. 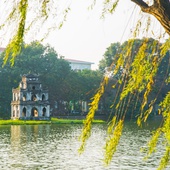 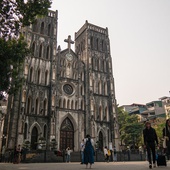 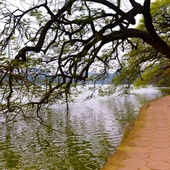 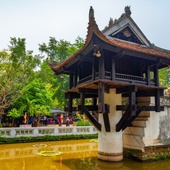 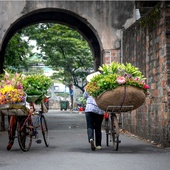 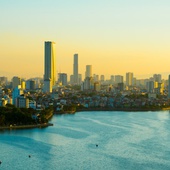 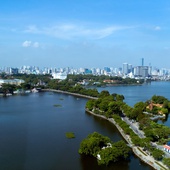 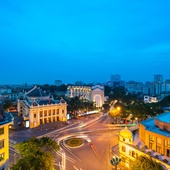 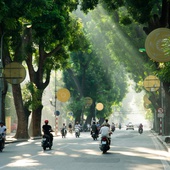 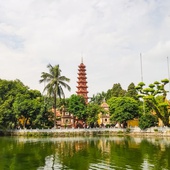 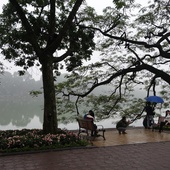 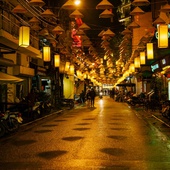 Want to know what the weather is like in Hanoi in a specific month?