If you are about to visit Hanoi for a few days, it is very likely that you will reside somewhere near Hoan Kiem Lake.

The lake is considered the heart of Hanoi, not only geographically but also symbolically. In fact, the more you spend time learning about the lake, the more special it becomes.

The tale goes that Le Loi King came across a shining metal bar when he visited his friend. It turned out that his friend caught the bar in one of his attempts for fish. The King asked for the bar, brought it home and moulded it into a sword. All of a sudden, there was two words printed on the sword “Thuan Thien” (harmonious with heaven). 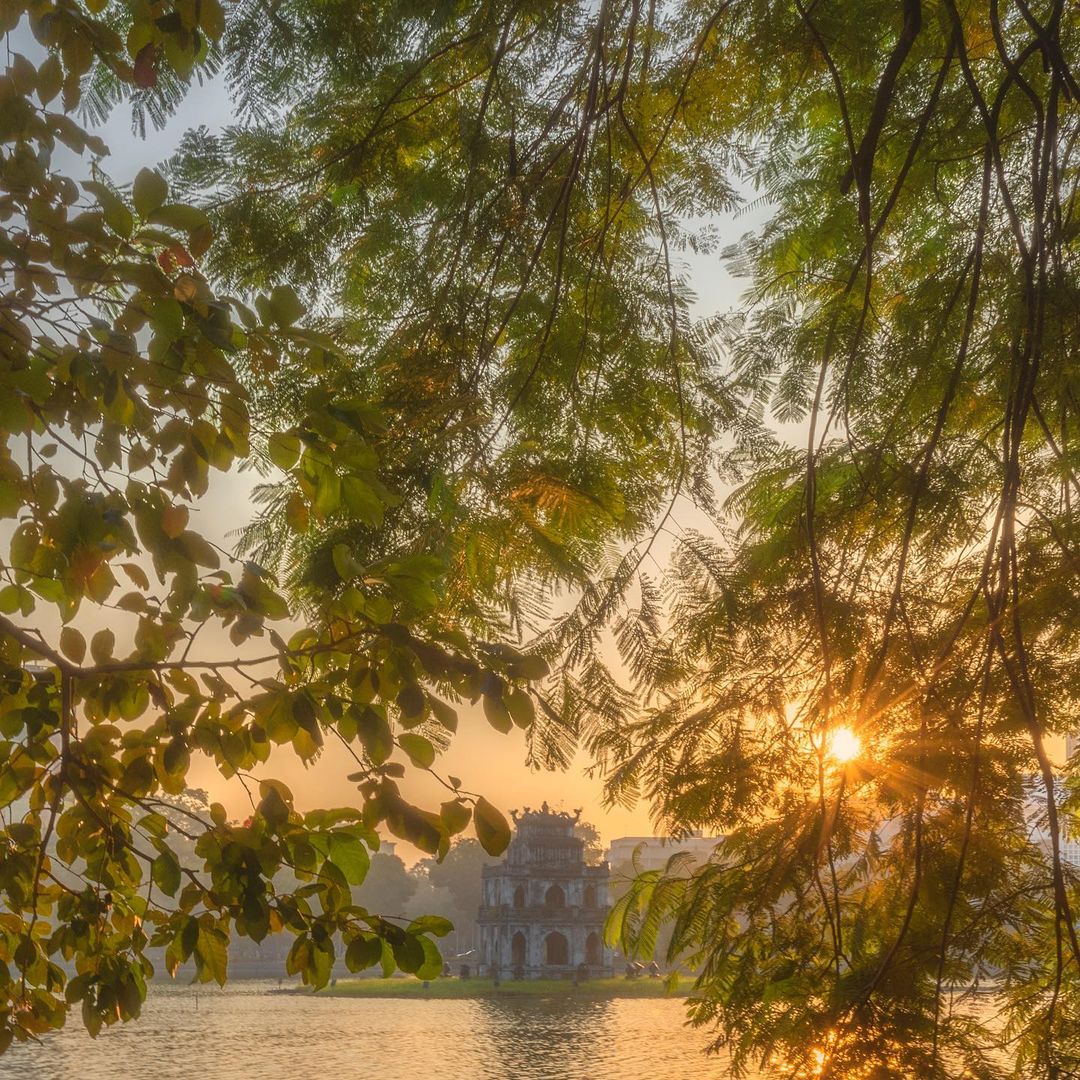 Le Loi then understood that the sword was a gift from heaven. He used it for the battle against the war with a neighbouring country. At the beginning of 1428, when peace prevailed, on one of his trip to the Thuy Quan (now Hoan Kiem) Lake, there was a tortoise rising above water and shouting: “Please return the sword to the Dragon King”. Without hesitation, the King threw the sword to the lake. The tortoise took the sword and dove down the water. From then on, Thuy Quan became Hoan Kiem lake.

The lake is not only special in her history. The water color of Hoan Kiem Lake is not commonly found in other lakes elsewhere in the country: greenish, with dark or light shade depending on the reflection of the sky. The lake is full of tortoise, which is second to none to be found among Vietnamese lakes. If you are lucky, you will catch sight of these giant animals rising out of water. And because tortoise is considered a sacred animal in Vietnam’s culture (along with dragon, phoenix and unicorn), Hoan Kiem Lake then becomes a holy place that nurtures tortoises. 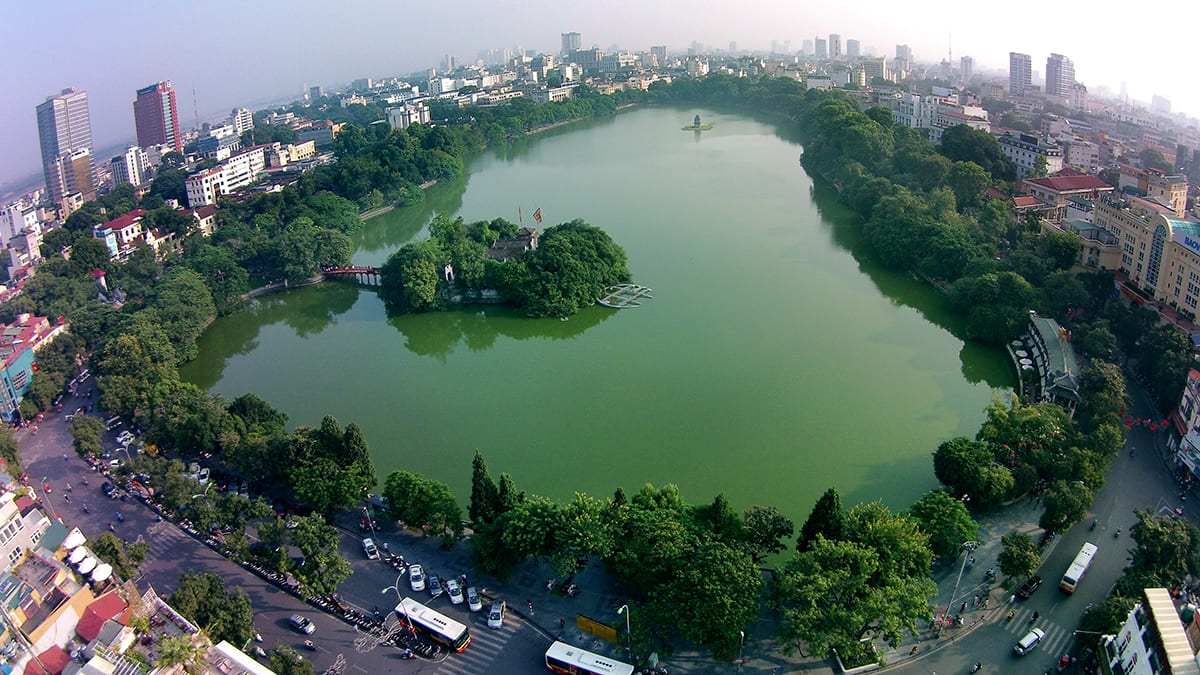 Before and even after Hanoi's massive expansion in 2009, Hoan Kiem lake is still a pride of all Hanoians and the center for any distance measurement. Nowadays, it’s still a gathering place yet new Hanoians may live too far to count their distance to the lake. Still, as you walk by, you will be able to witness the pace of life in this peculiar city.

If you can wake up early in the morning, at about 5 a.m., you will see lines and lines of oldies and teenagers doing anything from yoga to tai-chi to aerobics (read Our Blog on early morning exercises in Hanoi). It looks as if the whole city was up and running for morning exercise. They work out in group or by themselves, with or without equipment. In the course of one of the high profiled meetings in Hanoi, an Australian Prime Minister and Japan's Prime Minister also joined the early jogging around the lake.

In the afternoon to the South end you can see a matrix of motorbikes twisting along the lake. Blending in is a gang of “cyclo” – the famous three-wheeled carriers that take tourists with cameras handy around.

To the North end where the Old Quarter lies, an influx of colorful clothes and shoes will dazzle you, together with the smell of trees and coffees.

When darkness takes over, you can see couples holding hands walking side by side along the lake, trying to breathe in the breeze of summer night or keep warmth against the winter cold. If you have time and really want to observe Hanoi’s life, sit down on one of the stone bench, enjoy the view and have a good talk with some local friends over an ice-cream cone.

Hoan Kiem Lake is centrally located and minutes walking from Hanoi's Old Quarter, where most hotels gather. From Noi Bai Airport, it takes about 40 minutes to get here. If you stay in West Lake area, just take Yen Phu Road to reach the Old Quarter and head east to Hoan Kiem Lake.