Each attraction in Hanoi is associated with many legends and stories, many of which have stood for hundreds if not thousands of years. Among them, Quan Thanh Temple is an attraction that visitors should stop by and take a look at and dig into its story.

Located on Thanh Nien Street, Quan Thanh Ward, Ba Dinh District, Hanoi, Quan Thanh Temple is a Taoist temple and known as one of Hanoi’s four sacred temples which were built to worship four protectors in four directions. These four temples in Hanoi are:

Quan Thanh Temple was constructed along with other 3 temples with the aim at warding four gates of the Thang Long Citadel against invaders and demons. “Huyen Thien Tran Vu” – who was worshiped at Quan Thanh Temple – was a God of Taoism reigning aquatic organisms. He used turtle - which stands for wealth, and snake - which stands for protection, as the symbols of power, and was loved by all the local Taoists. 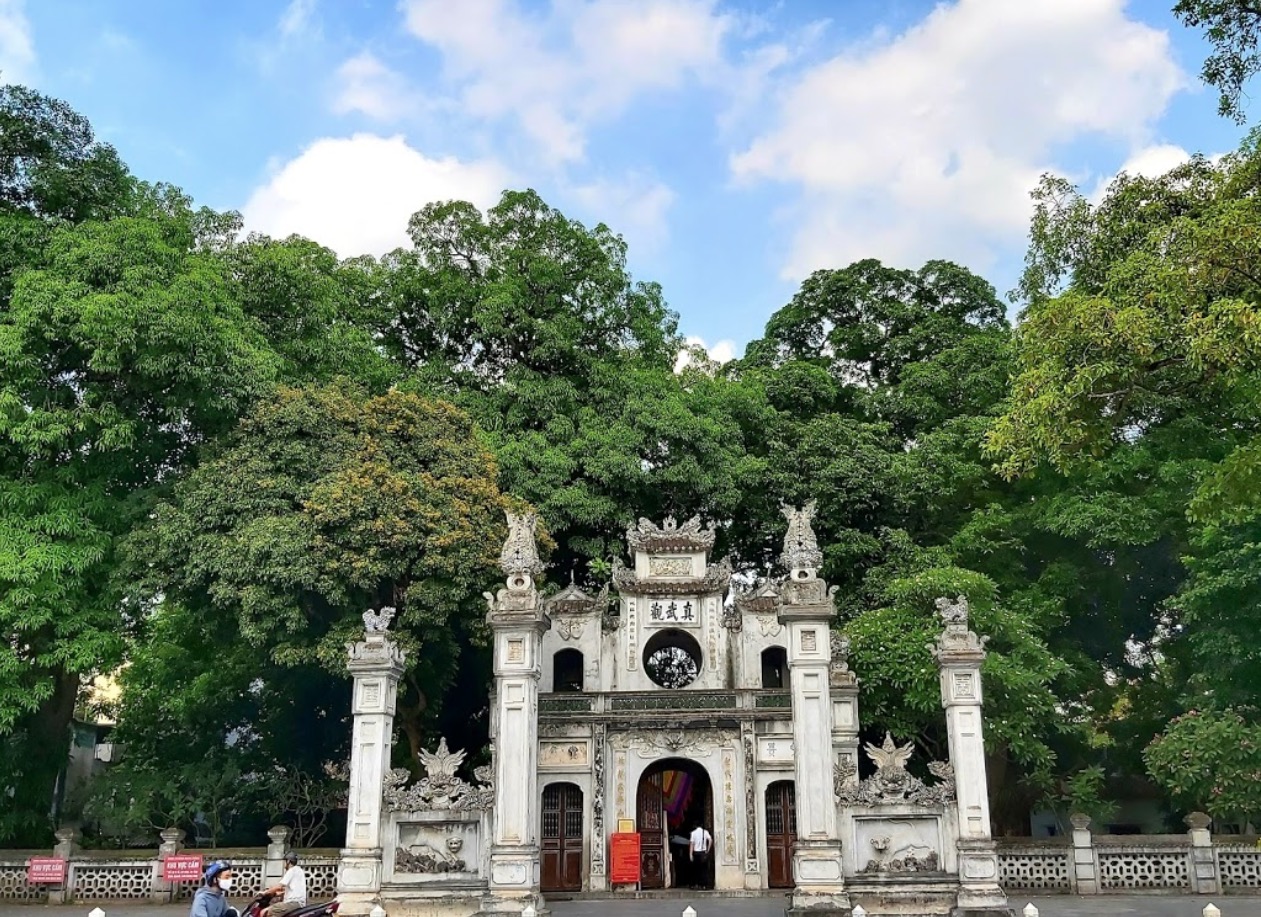 Visitors can visit one of the notable historic sites in Hanoi where Vietnamese cultural value and magnificent architecture are kept. Lying on an easy-to-find location and containing unique cultural and architectural values, Quan Thanh Temple is one of must-stop attractions when visiting Hanoi. 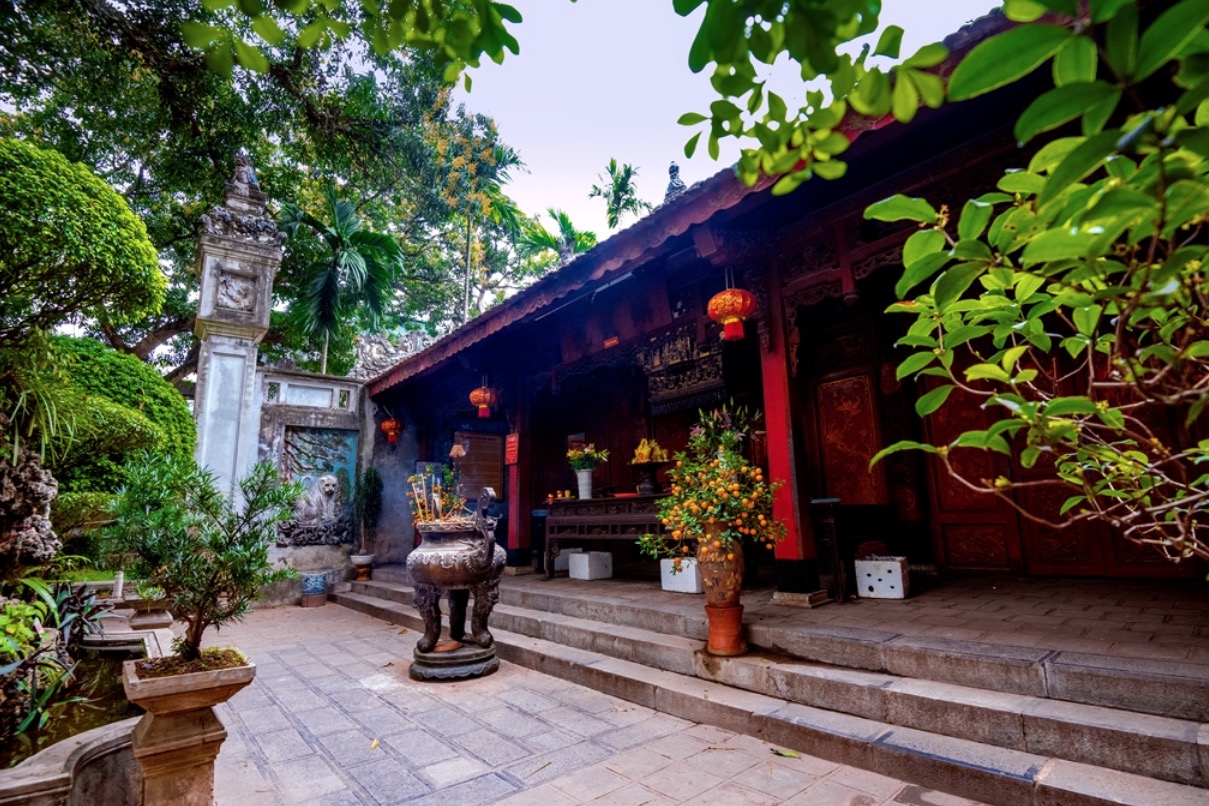 The temple underwent numerous changes and restorations over the long time. Until King Le Hy Tong Dynasty in 1677, it received a remarkable restoration with the replacement of the wood statue in black-bronze statue and the bronze bell.

After each restoration, there was a stele in the temple for the purpose of record. The most recent record was made in 1894 by Hoang Cao Khai – a viceroy under King Thanh Thai Dynasty within the French colonial period.

One of the most prominent statue in Quan Thanh Temple is the black-bronze God “Huyen Thien Tran Vu” - the second largest statue in Vietnam. Its height is 3.6 meters and weight is around 3.600 kilograms, therefore, it always surprises visitors every time they come here. 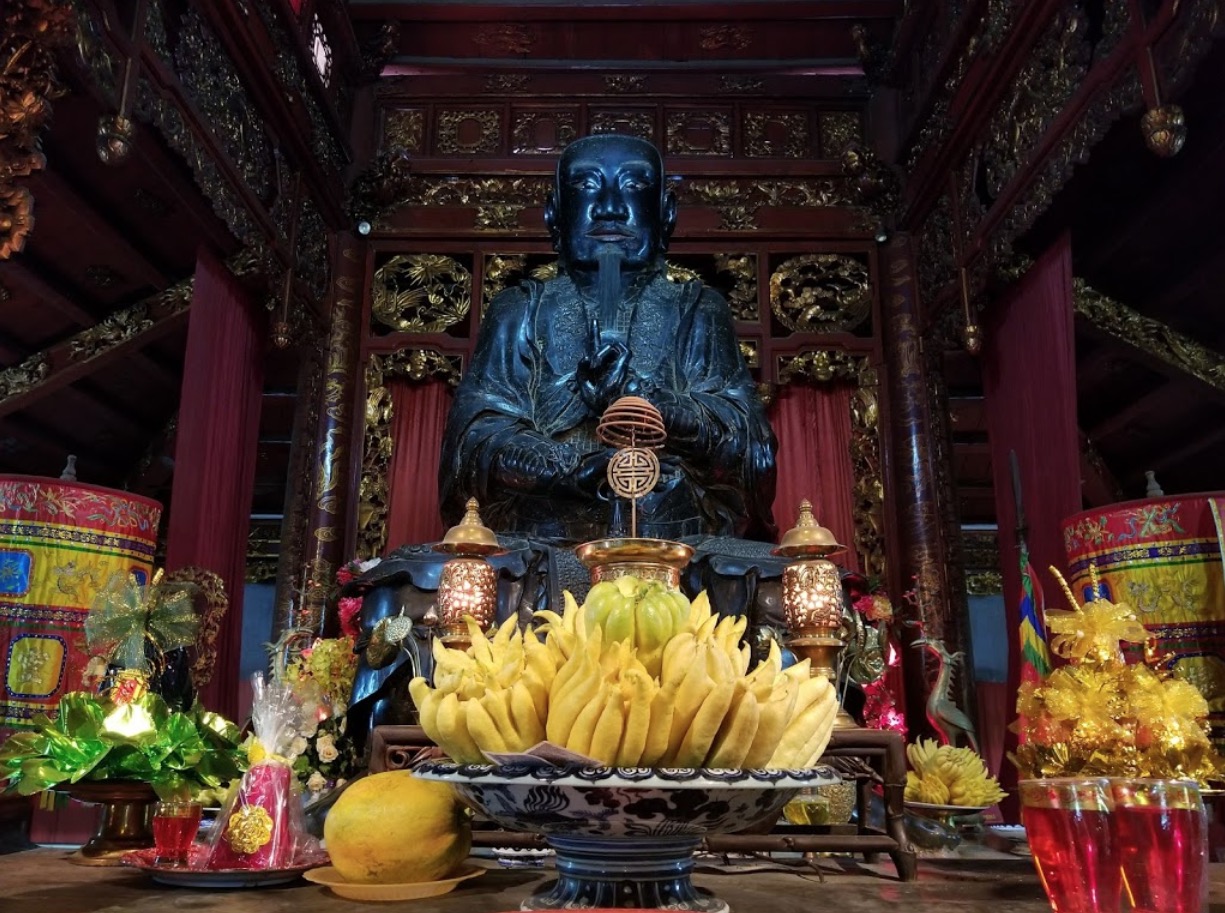 One more remarkable thing at this temple is a giant bronze bell. It leaves an impression in visitors’ minds with its height of 1.15 meters. The uniqueness and magnificence of both the statue and the bell surely make every visitor overwhelmed and excited. 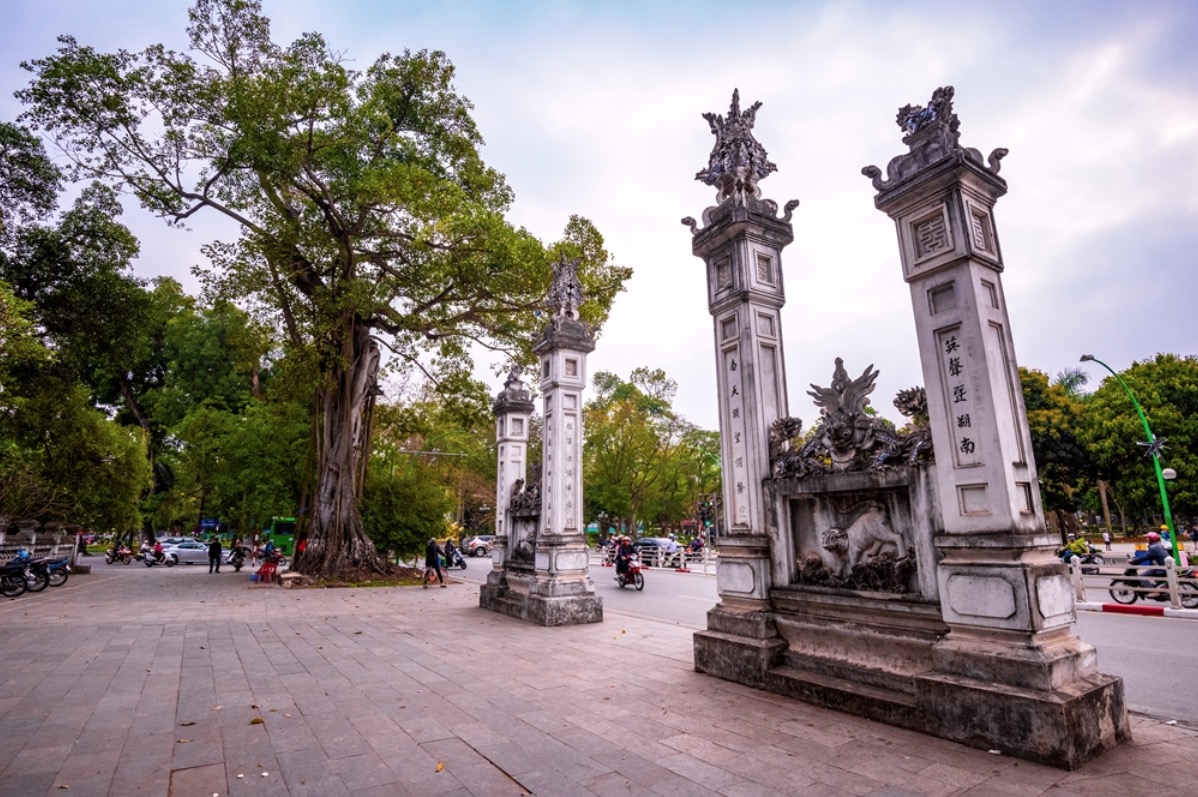 If you intend to come to Quan Thanh Temple to pray or devote offerings, Tet holiday or the first and the 15th day of the month is a good time to go, because local people often come there on these days to pray for health, good luck and success, or worship and devote offerings. But if you just want a peaceful and quiet site to relax your mind and be able to comfortably enjoy the magnificent architecture of this temple visitors should avoid visiting on those days because of the crowd.

From the Old Quarter, it takes about 10 minutes for visitors to get to the temple by car or motorbike. The temple is located in the center of Hanoi, so it is also possible for visitors to take there by bus to save traveling costs. Some bus routes which can take you to Quan Thanh Temple are: Bus No.14 (Hoan Kiem Lake – Co Nhu), Bus No.45 (Time City – Southern Thang Long Station), and Bus No.50 (Long Bien – National Stadium).

With an easy-to-find location and short travel time, it is convenient for both local and foreign visitors to come here to admire tranquil and delicate beauty of the temple. Also, after visiting this historical site, you can take a walk and enjoy the sunset at West Lake while tasting an ice cream. 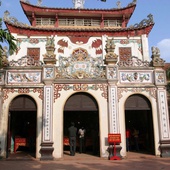 About 4 kilometers to the west of the Hanoi center, Phu Tay Ho lies on the quiet and peaceful peninsula of ancient Nghi Tam village, West Lake, Quang An ward, Tay Ho district.