Recalling the dreadful war that French brought to Hanoi, people often think of what they had left there after one hundred years of colonization as well. French-inspired life style in Vietnam is gradually losing its strong color, yet some characteristics have become permanent influence or hard-to-lose ones. Tracing the remaining evidences in Hanoi with us to find out the important roles of old French buildings to the architecture, social - culture and history of the city, both in the past and at present. 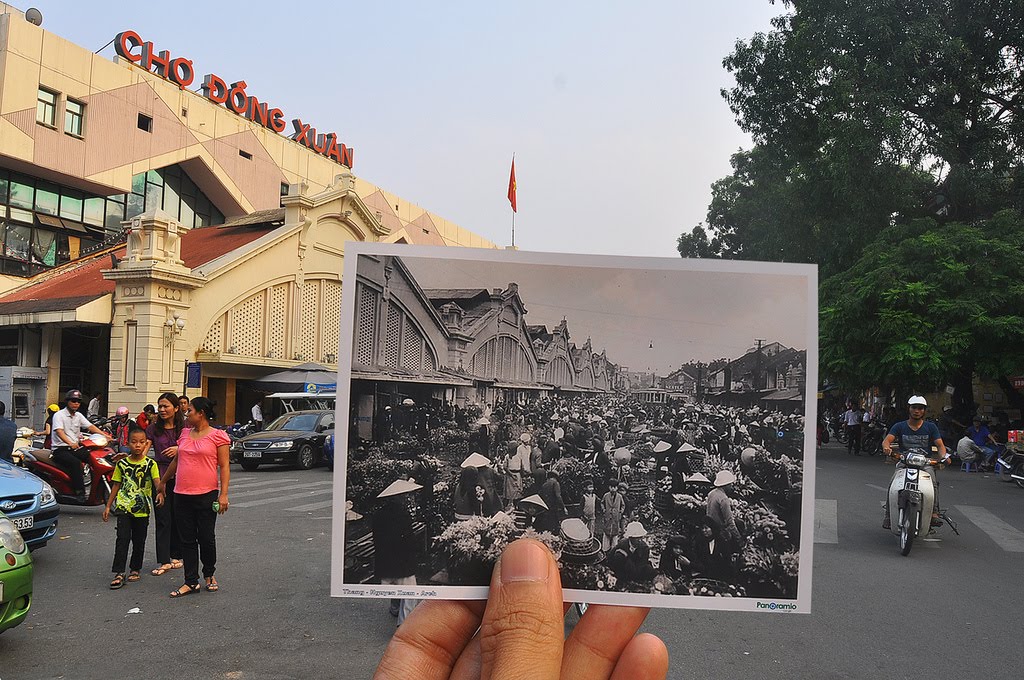 French architecture first appeared in Hanoi since 1803, when King Gia Long rebuilt Hanoi citadel following the Vauban style under the direction of four French engineers. However, not until the establishment of concession area along the Red River in 1875 did French architecture actually create a significant imprint in Hanoi. Nearly a century passed by, from the second half of the nineteenth century to the first half of the twentieth century, French colonial architecture with an abundance of styles and designs has made a precious architectural heritage for Hanoi.

The introduction of French architecture in Hanoi has created a transformation in traditional scale, art, structural engineering and building materials. For the construction stuff, the main raw materials such as bamboo, leaves, wood, brick, and tile were replaced by cement, steel, and iron. Since then, the whole architecture of Hanoi has been influenced by this trend. Oriental housing construction seemed to be inferior and people no longer built houses with purely Vietnamese style. The typical Vietnam garden-house has been disappearing from Hanoi and instead, block houses have been mushrooming. 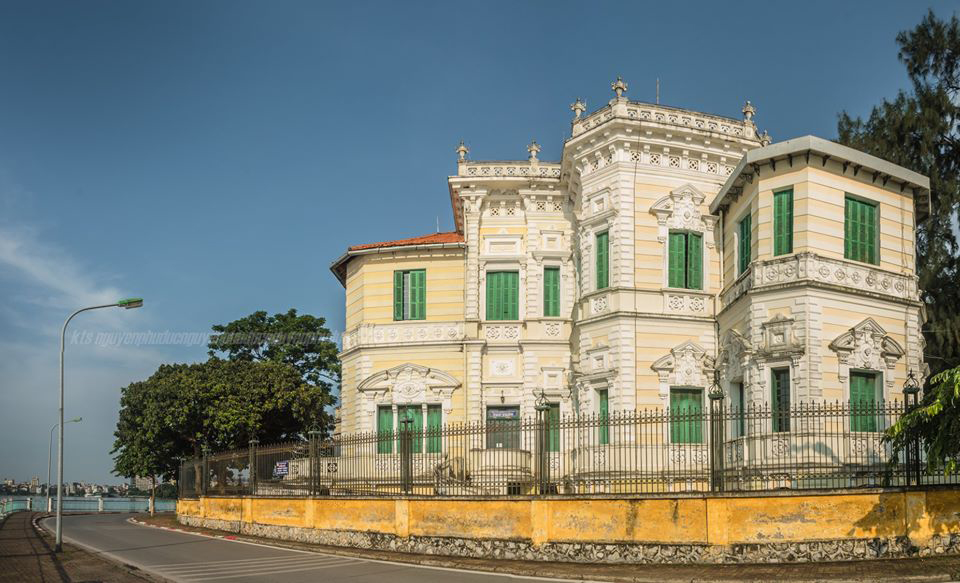 Even when the French retreated from Vietnam, French architecture still keeps its strong impact on Hanoi. Until now, Hanoians are constructing their city accordingly to the remnants of Hanoi’s French Colonial past. The old French buildings, which were supposed to belong to one regime, are now carefully conserved and used by Vietnamese, showing the harmony in combination between indigenous and exotic cultural characteristics and keeping the essential roles in all aspects of Hanoians’ lives.

Some schools remain as places for education such as Chu Van An, Tran Phu or Trung Vuong school, some become working offices for state agencies, the villas turn into the living place of senior officials and ambassadors. The others, stay still from their births, and now turn out to be the symbols of the city such as the Opera House, Metropole Hotel, Saint Joseph Cathedral, etc.

In the first instance, the buildings were constructed mainly to meet the demand of French authorities and their families. After basically conquering the entire territory of Indochina, French colonials undertook a major construction in Hanoi to turn it into the capital of all Indochina. Therefore, the buildings in this period were constructed with the purposes of politics and territory rearrangement. 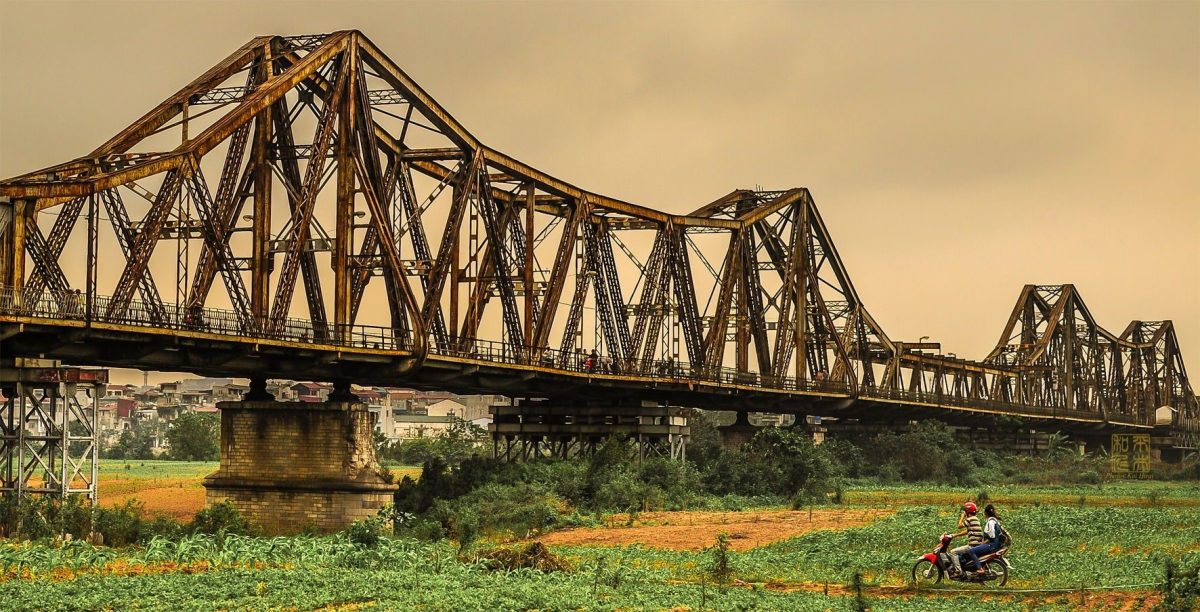 Experiencing the various periods and purposes, French has powerfully imprinted their culture on Hanoi. The architecture influence results in many other culture aspects of everyday ways of life. Recalling the previous time, when French ways nominated Hanoi, people was educated accordingly French culture. As a result, Vietnam’s music, art, fashion and even the way of thinking were changed.

Until now, landing on Hanoi, you can still see many French remnants, especially in between old French buildings, where people keep listening to the French-time music, maintaining their old furniture, cooking mixed Vietnamese and French dishes. Wandering along Hoang Dieu or Tran Phu pavements, you may see some old men wearing old fashion clothes, playing violin, being lost in their nostalgia. It is not a small Paris that you may find now, yet you can find so redundant French things here that it may induce you to discover a lost Paris inside the hustle and bustle Hanoi.

Holding inside it the great architectural, historical and cultural values, the French buildings have contributed to create a unique Hanoi with the mixture architecture of Eastern and Western styles.

Going through many historical changes, several French buildings were destroyed, yet almost all of them been reserved in good condition. They become the witness of a miserable period in national history but also remind people of interesting culture interaction between the two countries as well.

Visitors coming Hanoi may not need a tour guide to tell them what had happened in the past, they can tell it themselves by observing the remnants left. Beside the key roles, these structures now become outstanding tourist attractions in Hanoi. Uncover the modern Hanoi and see the old Hanoi yourselves, starting with these old charming buildings is surely a smart choice. 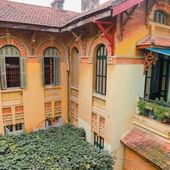 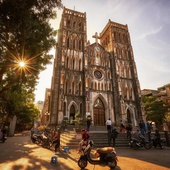 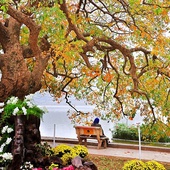