Vietnam Fine Art is among the most ancient in the Asia region dated back to the Stone Age around 8,000 BCE. Although many of its elements are affected by that of China and other Oriental streams, then  the French colonialism in the 19th century, Vietnam's Fine Art still finds its way to distinct itself with unique features.

Evidences from numerous relics and antics proves that Vietnam Fine Art developed as early as Stone Age during 8,000 BCE and then Neolithic era later on, with basic artworks made from clay and simple decorations. 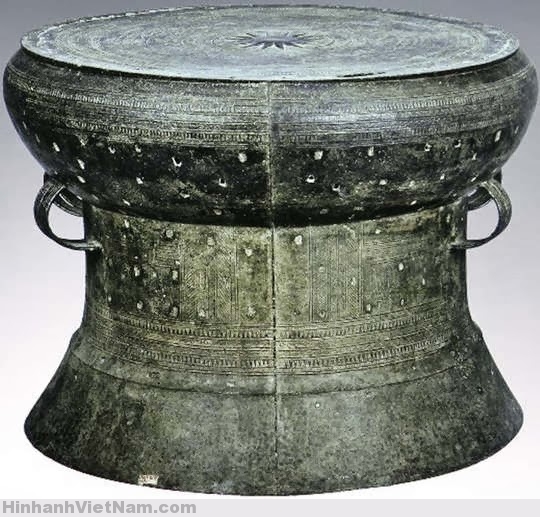 Moving to the Bronze Age (1,000 BC to the 4th century BC), Vietnamese Fine Art highly developed with the renowned Dong Son Culture in Northern Vietnam. Dong Son Culture is famous worldly for mastered bronze-casting skills that create the Dong Son drums on which decoration are geometric patterns and vivid pictures of the daily life. More specially, images on these drums showed that people were wearing weaving cloth with complicated patterns on.

Under the rule of Han, Liang and Tang Dynasty to the North, Vietnamese Fine Art adopted many new techniques to art in term of ceramic and pottery while continued to develop on its own with native techniques, which can be seen in excavated tombs in the North of Vietnam.

From Ngô to Trần Dynasty

Strongly influenced by Chinese Fine Art due to a long time of domination with philosophies like Confucianism, Mahayana Buddhism, or Taoism on almost every artwork, Vietnamese Fine Art found its own independence in this golden era to develop to a higher level of the art of ceramics. During Ly period, Vietnamese ceramics even got a stable international position across East and Southeast Asia with credible products. This golden era also witness the appearance of historic epic architectural masterpiece that stood still until now such as the Temple of Literature, One-pillar Pagoda and Quynh Lam Pagoda.

Although it lasts for only 2 decades, this is really a harsh time for the development of Vietnamese Fine Art since all the masterpieces and Vietnamese documents were burnt, and thus much documentation of the era of independence lost.

When the Le Dynasty successfully revolted, Vietnamese Art was strongly affected by Ming Dynasty of Chinese as a result.

During this period of time witnessing the rise of renewed interest in ceramics and porcelain art that Vietnamese ceramic was highly appreciated and distributed to imperial courts along Asia.

From the beginning of the 19th Century, another very different stream coming from the West together with the evasion of French colonists to Vietnam. Due to this, some well-to-do backgrounds artist got the chance to go abroad to study arts in France then come back to spread out French art technique, which creates special combinations with traditional mediums like silk, lacquer, etc.

Visual art of Vietnam is most well-known for its silk painting and woodblock prints. Amongst which, Vietnamese silk painting is the most favorite from that is influenced by coloring technique of French art since 19th and 20th century. This art form is highly appreciated in Chinese and Japanese markets.