The One Pillar Pagoda

Hanoi's Iconic Landmark Not To Be Missed

Hanoi has long been famed for its rich culture and history. The magnetic combination between timeless values and modern changes makes this city a truly unique capital. Among several symbolic monuments that shape the city’s charm, the One Pillar Pagoda is definitely an exclusive destination, which should always be on your bucket-list as you make your way to Hanoi.

One Pillar Pagoda (officially known as Dien Huu Pagoda), is named after its extraordinary architecture: The whole construction is built on a single pillar, which is planted in the middle of a lotus pond. The attraction is located in Ba Dinh District, which is very walkable to Ho Chi Minh Complex, including Ba Dinh Square, Ho Chi Minh Mausoleum, and Ho Chi Minh Museum. The One Pillar Pagoda is believed to exist since the Ly’s dynasty, marking a notable development of Buddhism in Vietnam. This monument is not only a famous tourist attraction but also a religious stop for local pilgrims. 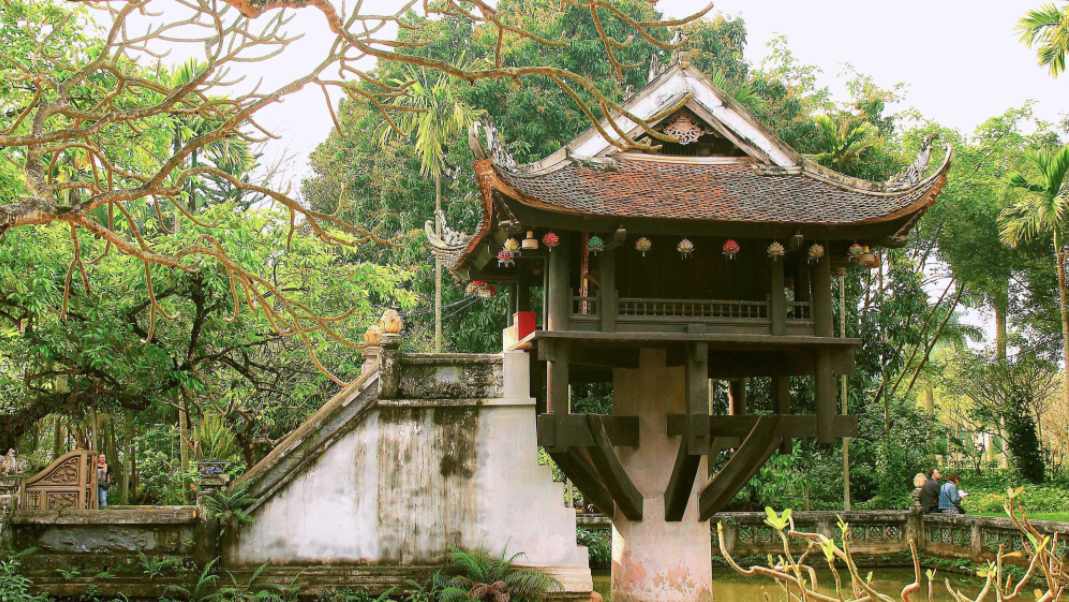 According to research, the temple was built under the Ly’s Dynasty, by Emperor Ly Thai Tong between the years of 1028 and 1054. Legend tells that Emperor Ly Thai Tong once dreamt of Quan Am Bo Tat, a female Buddhist goddess, took him to sit on a lotus. After interpreting this story to the master monk Thien Tue, the Emperor decided to build a sanctuary resembling the shape of lotus flower. In the belief of Confucianism and Buddhism, lotus is a symbol of purity, fortune and enlightenment as it blooms and spreads its fragrance despite rooting from a muddy environment. One Pillar Pagoda is considered the Emperor’s great gratitude toward Quan Am Bo Tat.

It wasn’t until 1954 that One Pillar Pagoda was destroyed at the end of the French colonization of Vietnam. The building was totally damaged, remaining solely a stone pillar. One year later, in 1955, One Pillar Pagoda was recreated by the government and it has been under continuous preservation until the present.

With its ultimately unique architecture, the temple was recognized as a National Historic Heritage in 1962 and became one of the phenomenal historic monuments of Hanoi. After 50 years, in 2012, One Pillar Pagoda was granted the title of “the most unique architectural monument”, announced by Asian Records Association in India.

One Pillar Pagoda is an architectural complex consisting of different individuals intermingled within the campus. The temple, named Lien Hoa Dai, was settled on a single stone pillar. Eight wooden beams represent 8 flower petals carrying the main building. Reaching the perfection, all joints extremely fit together, creating an incredibly solid architecture. To reach Lien Hoa Dai, there’s a brick stairway including 13 steps that connect the temple with the lakefront. 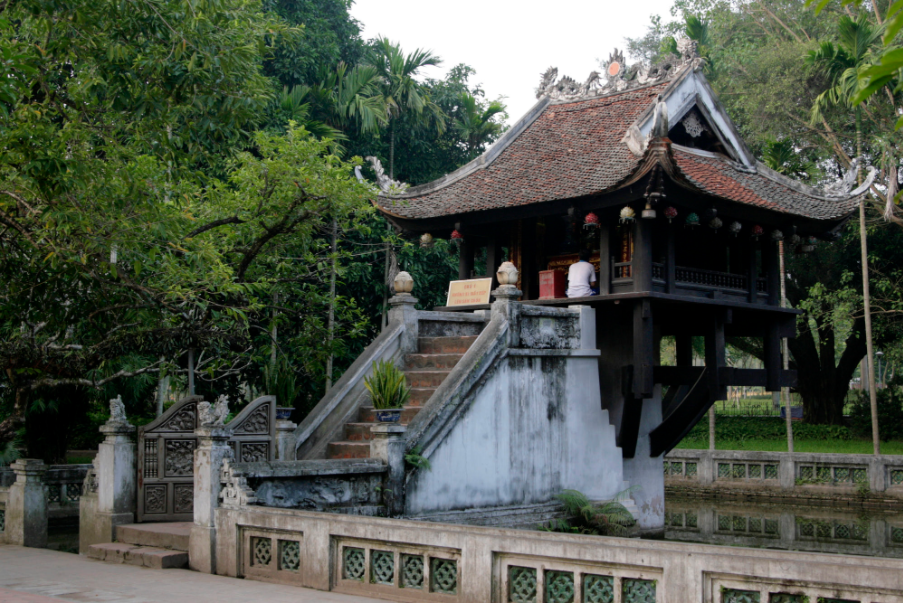 The inner altar is decorated solemnly with a golden statue of Quan Am Bo Tat and other worshiping objects such as copper censer, ceramic vases, and gold-plated lotuses.

There is a Bodhi tree within the complex, which was presented by President of India Rajendra Prasad during President Ho Chi Minh's visit to India in February 1958, marking great development in Vietnam – India relationship. Bodhi tree is a symbol of wisdom, tolerance of Buddhism.

People can visit One Pillar Pagoda every time during the opening hours. Twice every lunar month, on the first and fifteenth day, the worship ritual will be held at the inner building. When planning your visit during these occasions, you can observe a common, yet impressive tradition of Vietnamese people: worshipping toward gods and ancestors.

The attraction welcomes visitors from 8:00AM to 6:00PM everyday. Local people benefit from free entrance, white foreign tourists pay a pocket fee of VND25,000 ($1) for the ticket.

One Pillar Pagoda is situated right at Chua Mot Cot Street of Ba Dinh, the central district, which is an ultimately prime location. Taxis are the most common way to travel as you do not own a private vehicle in Vietnam. From the Old Quarter or city centre, it takes about 15 minutes to reach the monument. It’s also very convenient to take a tour to One Pillar Pagoda and other nearby attractions of Ho Chi Minh Complex, which only takes about 3 hours to explore the area.