Quan họ Bắc Ninh folk songs are among the most well-known social customs appearing widely in the provinces of Bac Ninh and Bac Giang.

Quan Ho Bac Ninh folk songs are among the most well-known social customs appearing widely in the provinces of Bac Ninh and Bac Giang of northern Vietnam. Being used to reinforce the relationship between villages, Quan Ho Bac Ninh has a long lasting history as a rich and beautiful musical storehouse of Vietnamese.

It is not an easy task to clarify thoroughly the origin of the word Quan Ho, as well as having several different explanations for the meaning of this special feature of Vietnam culture. 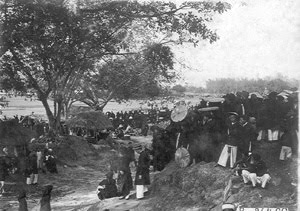 Some scholars believe that Quan Ho had its root in Royal Court music, and related to the old tale of a mandarin one time while stopping off at Kinh Bắc (the ancient name of Bac Ninh and Bắc Giang Province), had fallen in love with the folk songs of the region. Since “quan” means “mandarin” and “họ” is “stop”, the tale can explain “Quan Ho” in a literal way. However, this idea neglects other essential factors regarding the space of cultural activities such as forms of organization, using of words and gestures.

Other viewpoint states that “Quan Ho” did not come from Royal Court music but from religious rituals of Linga-Yoni culture. By researching the verse, the meaning of the lyrics in those folk songs and the performance space, some experts believe that “Quan Ho” is an alternative spoonerism of “quan hệ”- or “relationship” of folk singing lovers in Kinh Bắc area.

According to a story published in “Việt Báo” in 1940, the two villages in Bac Ninh province- Lũng Giang and Tam Sơn (or Từ Sơn) were regarded as the birth places of “Quan Ho”. The two villages were in such a long-lasting friendship that every year, on the 13th day of the first lunar month, ten elderly men and women together with a great number of young singers of Lũng Giang village would be invited to join a singing party in Tam Sơn village, which gradually came as the form of dialogue. One young man and girl from each village would sing in turn, in reply to each other, and the singing competition typically lasted all night until the early morning of the following day.

It was not until the Ly dynasty (1009-1225) did “quan ho Bac Ninh” develop robustly and become the most popular festival which lasted up to half of a month. In ancient time, although the capital of Vietnam was located in Thăng Long (Hà Nội nowadays), every year when the spring came, Ly Kings always returned to their hometown - Kinh Bắc, to hold these exciting festivals. 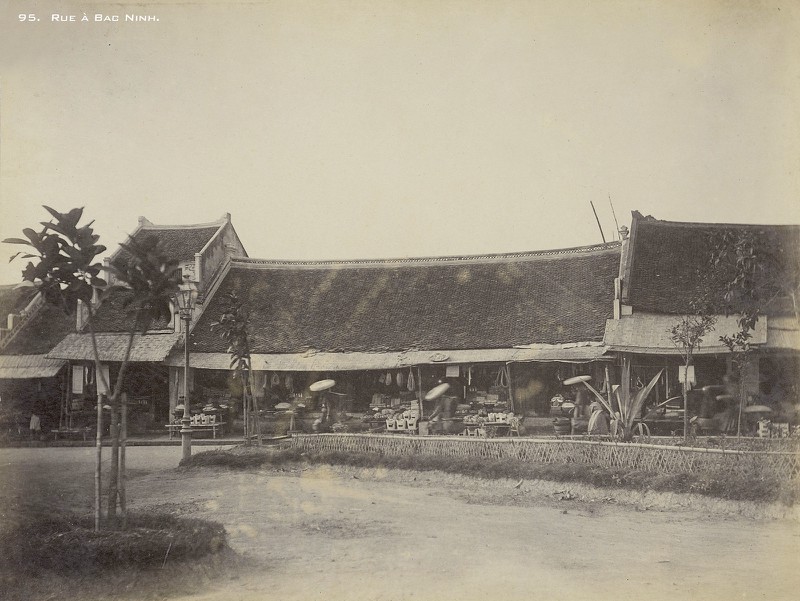 During the first full moon period of the lunar year, the biggest “Quan Ho” festival- Hoi Lim would take place on the Lim hills or in Lim’s pagoda park. Pilgrims coming from all over the country, dressed in their best clothes, would gather here for sight-seeing, watching blossom flowers, making acquaintance with each other and singing “quan ọo” songs.

Nowadays, “Quan Ho” is not only the social activity among “liền anh” and “liền chị”- the male and female singers, but it also represents the relationship between the singers and the audience. The folk songs express the human love as well as the love for the country. With a huge number of melodies and songs which have been recorded and written down in score form, in 2009, “Quan Ho Bac Ninh” is recognized as the Intangible Cultural Heritage by the UNESCO.