Dress-up in Vietnam - Things To Know

Vietnam is a country known for its diversity in culture and traditions. The Vietnamese are very simple people, which are mirrored in their way of living, the culture of Vietnam and especially in their clothes. Fashion in Vietnam has a touch of elegance and smartness embodied in Vietnamese dress code.

Even though Vietnamese fashion has regional differences, especially in the North and South of Vietnam and among the various classes, in some way or other their traditional way of dressing is similar and definitely sets them apart.

The Vietnamese have several ethnic outfits which are as simple as the people of Vietnam. Each outfit shows how much they value comfort in dressing. Some of their ethnic wears are:

Fashion in Vietnam differs between cities and towns. The traditional Vietnamese outfit in the city is a little different. For the men, it is simple brown shirts and white pants, accompanied by a headdress, which is just a cloth draped around the head. For the formal occasions they just add a long robe with cuts on both sides and a turban, to their daily clothes. 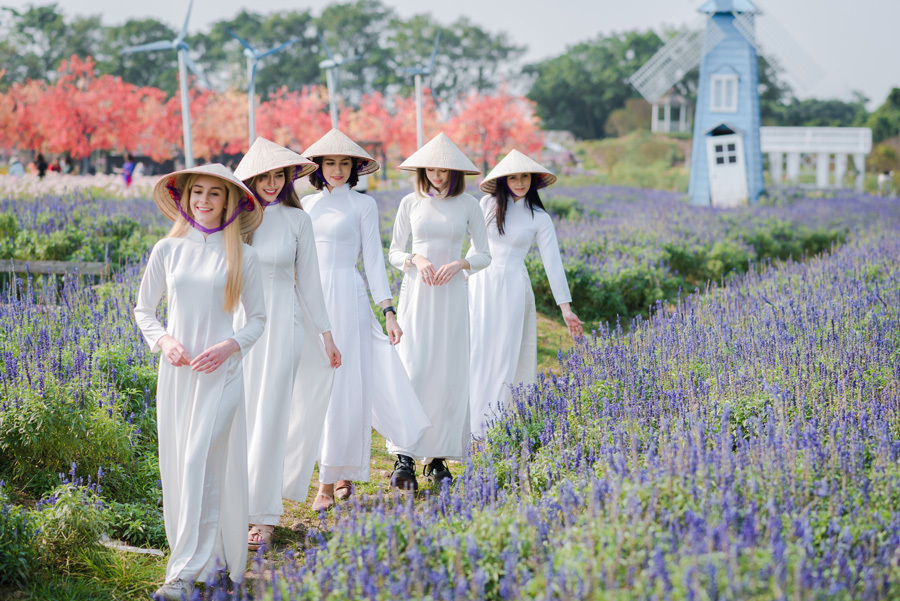 Young women in the cities wear short shirts of light brown color and long black skirts. - A silk shirt and trouser worn by the Southern locals, which is called Ao Ba Ba. The ceremonial clothing is known as Áo Dài, consisting of a long dress graduated in three layers which has a slit on any one side. The next layer of garment is called Ao Tu Than, this one has four cuts in its lower part and is brown in color, the second layer is yellow and the third one is pink. This is fashion in Vietnam at its elegant best. Moreover, to add to this Vietnamese women also wear a palm hat, which is tapering in shape and is called Non Bai Tho. 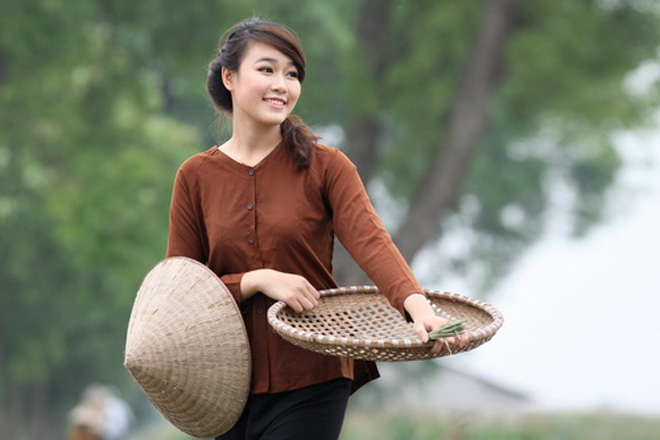 Áo Dài, the national dress of Vietnam actually means a “long dress”. It has been in existence for ages, from the beginning of the 18th century. Originally it was called Ao Ngu Than. Right from the beginning the Áo Dài has gone through several alterations; however its basic form, consisting of a long flowing skirt, remains the same even now. In modern times the Áo Dài is worn mainly by women, especially during all festive occasions. More than anything else it is still the one and only marriage trousseau. Also, wearing the Áo Dài has been made compulsory in many senior schools. The popularity of the Áo Dài is not just limited to Vietnam but has spread all over the world. The Áo Dài has become like a national symbol of Vietnam. This age old fashion in Vietnam has set the trend for several modern international fashion designers.

Modern Vietnamese fashion has been subject to a lot of western influence so the dress code is very casual, relaxed. In Vietnam there are only a few places that require specific dress code, for most tourist places, you can enter without worrying about what you are wearing. As for the local, they are quite familiar with clothes from foreign countries since a lot of the youngsters are influenced and have adopted the Western dressing ways. Young Vietnamese women wear a lot of dresses and skirts on a daily basis and men wear shirts and trousers. Apart from this, the modern Vietnamese themselves are trying to work more on their traditions and the city now has a budding fashion industry.

Like in most religious houses, it is considered offensive to wear shorts, dresses, and skirts that bare too much skin, especially in the areas of the legs, chest, and shoulders. A comfortable shirt and a good pair of jeans would have enough coverage. Decent walking shoes are an absolute must.

Vietnamese women are also well aware of the effects of the tropical sun on their skin, and a sun tan is not admired. You’ll see young women on bikes wearing elbow length gloves and masks to avoid the sun. With the suntan lotion issue, it depends on where and when you are planning to go. 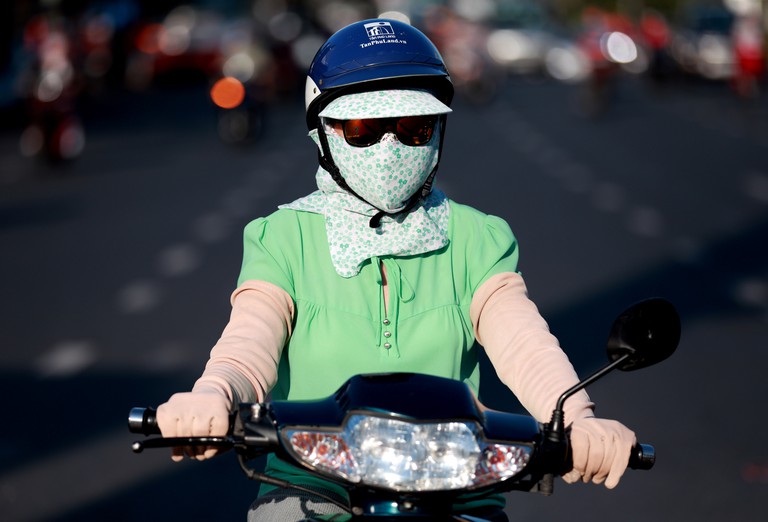 Like in most religious houses, it is considered offensive to wear shorts, dresses, and skirts that bare too much skin, especially in the areas of the legs, chest, and shoulders. A comfortable shirt and a good pair of jeans would have enough coverage.

A beautiful country with lovely people, that’s what Vietnam is all about and the Vietnamese fashion is just a peek into their wonderful lifestyle. 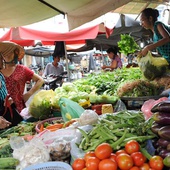 If you intend to live long-term or permanently in Vietnam, there is one place that you should be familiar with: the market.