Tuyen Linh Temple was built from bamboo in 1861 near the Tan Huong channel in Minh Duc, Mo Cay, Ben Tre.

The temple was firstly named Tien Linh, and led by Abbot Khanh Phong. In 1907, a monk name Le Khanh Hoa, an expert in Buddhism, was appointed to lead the temple and then in 1930, he renamed the temple “Tuyen Linh” with the term “Tuyen” referring to propaganda. This place is famous not only because of the uniqueness of its design, but the historic events that happened here. The temple became a national historic site in 1994 and on May 19th of every year, there is a festival held here to celebrate the birth of Uncle Ho. 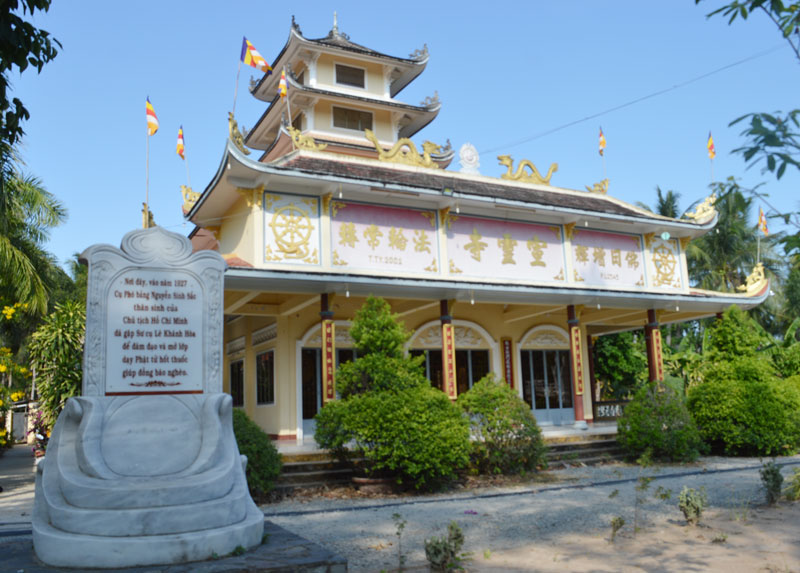 Tuyen Linh Temple has been visited several times by Deputy Nguyen Sinh Sac, father of Uncle Ho. When staying here, Nguyen Sinh Sac opened classes to teach children, cure the residents’ diseases and discuss national affairs with Abbot Le Khanh Hoa. This was also the place that Nguyen Sinh Sac met Tran Van An, Huynh Khac Man and Le Van Phat, some of the first members of Ben Tre’s Communist Party. During the two wars of resistance, the temple also hid and fed many members of the Communist Party, so that it was bombarded many times and badly damaged.  However, it has also been recovered many times and in 1999 was reconstructed on the original site.  In the future, a museum will be built at this temple to honor its remarkable history. 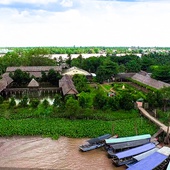 Phung Islet is on Tien River in Tan Thach, Chau Thanh, and only 12km from the center of Ben Tre City. 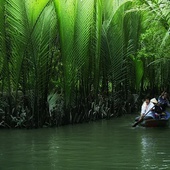