The “Vietnam – ASEAN cultural heritage space” has officially launched in Hoi An City on June 21 and is going to last in 6 days.

The “Vietnam – ASEAN cultural heritage space” has officially launched in Hoi An City on June 21 and is going to last in 6 days.

This year is the fifth time this annual event is organized, which is a critical part of Quang Nam Heritage Festival. It also marks the 10th anniversary of the convention on the Safeguarding of UNESCO Intangible Cultural Heritage and celebrates the new Week of Culture and Development organized by UNESCO.

Thanks to the participation of Japan and Republic of Korea, the exhibition is lightened up with totally new demonstration of these countries’ cultural values and heritage. Vietnamese culture is undoubtedly one of the main themes.

Twenty third old houses are brought to the venue, which present the cultural heritage of 22 localities across Vietnam which have been recognized as part of the world cultural heritage or is pending consideration with the 23rd house dedicated to other ASEAN countries.

Interesting art shows are going on stage to entertain and educate participants of the exhibition.

At the opening ceremony, UNESCO Director General Irina Bokova presented awards to 11 winners of the “World heritage in your hands” painting contest launched nationwide by the UNESCO Vietnam Office and Panasonic Vietnam. 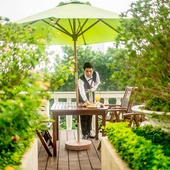 The International Choir Competition is coming back to Hoi An

Hoi An to set kites to the sky

Famous Japanese drum troupe to perform in Hanoi and Hoi An

Vietnam Tourism Expects To Be Fully Resumed From June 2022