Few places in Vietnam are as charming as Phu Yen - the land of the rising sun. This Vietnam's easternmost province hasn't been well-known until the launch of Yellow Flowers on the Green Grass, a famous Vietnamese movie which was filmed there. The diversity in enchanting geography, fabulous culinary delights, and an abundance of thrilling activities make Phu Yen a real feast for seasoned travelers yearning for adventures. 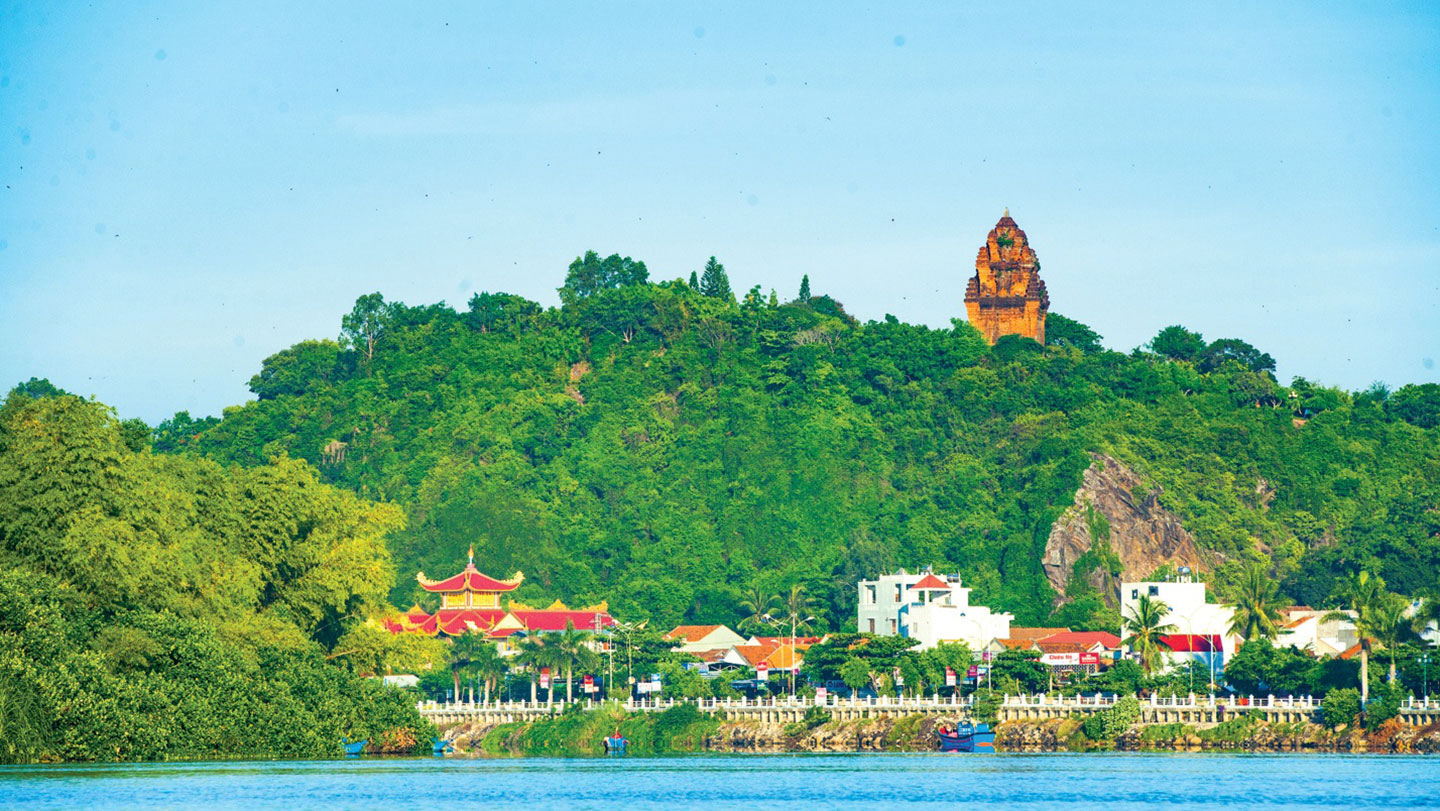 The coastal Phu Yen Province lies midway between Binh Dinh and Khanh Hoa Province, in the curving South Central Coast of Vietnam. The province's territory encompasses various kinds of landscapes including a long 200-km coastline, beaches, lagoons, mountains, plateau, and rock formations. Phu Yen features tropical weather with the dry season from January to August and the rainy season from September to December. May and July are the hottest months and also the peak tourist season. 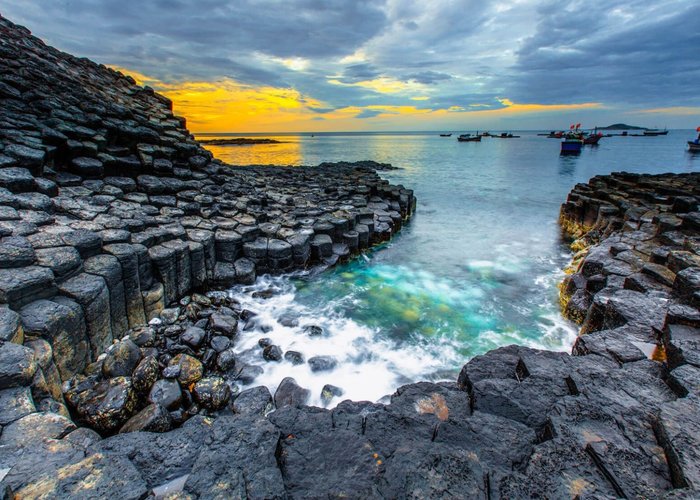 Phu Yen has a long and pride history associated with the Champa Kingdom. Until the 18th century, it became the land of Dai Viet while remaining the name representing prosperity and peacefulness.

Phu Yen - the convergence of mesmerizing landscapes and historical structure

Talking about Phu Yen, the first thing that comes to mind is a place full of amazing places. From turquoise beaches to jungle-clad mountains, bays to lagoons, and extraordinary rock columns formed by volcanic eruptions called "Ghenh Da Dia", Phu Yen has it all. Additionally, the Gothic-style Mang Lang Church is a famous religious site for tourists. 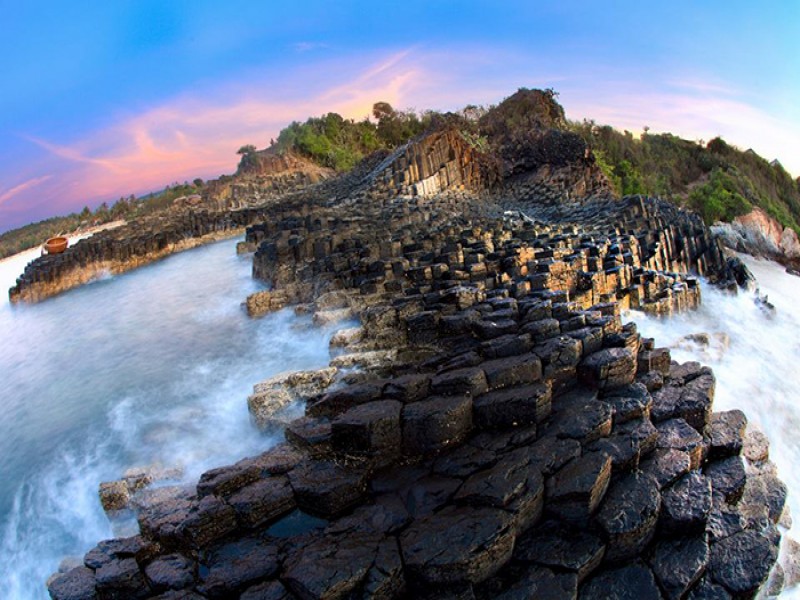 Not only is its beauty celebrated nationwide, but Phu Yen without a doubt is also a haven for outdoor activities. A camping trip on Lao Mai Nha islet, an excursion to salt making village, or multiple underwater activities like kayaking, sailing, swimming, and driving won't make you disappointed. Also, take a shopping spree in the city and enjoy the nightlife vibe with great local cuisine is a good idea for a free and easy day.

Getting to Phu Yen is an easy task with the availability of many means of transportations such as plane, train, and bus.

By airplane: Tuy Hoa Airport is only 10km away from the city center and there are several flights from major cities like Hanoi and Ho Chi Minh City to this airport a day.

By train: Tuy Hoa is the biggest railway station in Phu Yen Province, situated on the North-South Railway. Lots of places throughout Vietnam have trains to Tuy Hoa Railway Station so wherever you are, you can easily catch a train.

By bus: traveling by bus is also an ideal choice since the price is much cheaper than by airplane. 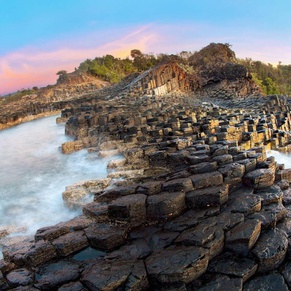 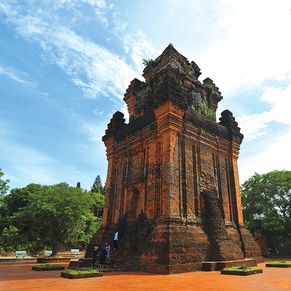 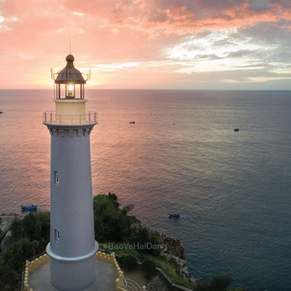 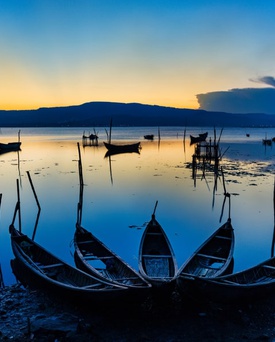 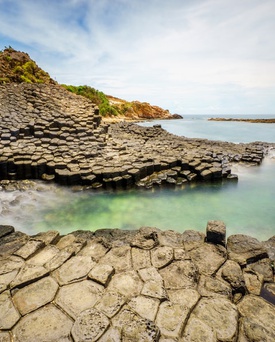 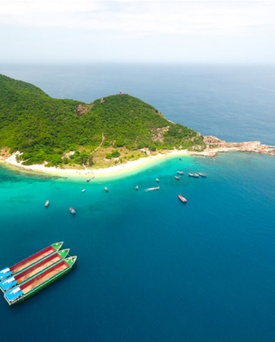 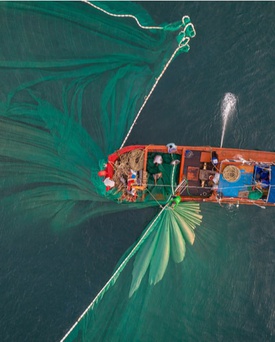 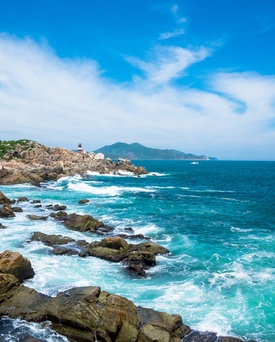 Phu Yen in May 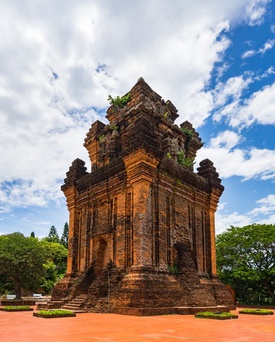 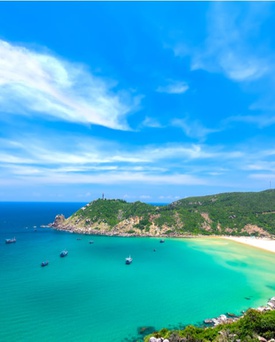 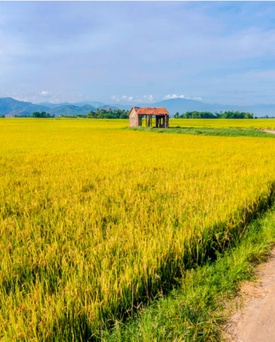 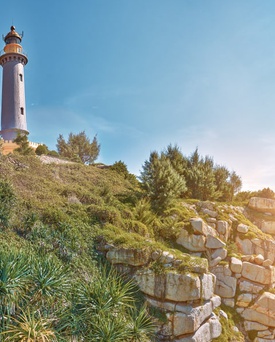 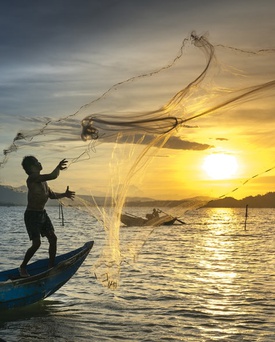 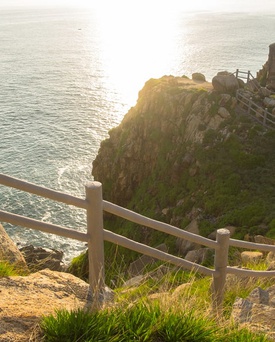 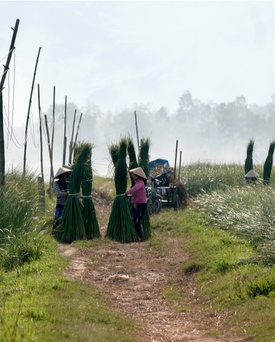 How can I get to Ganh Da Dia?

Ganh Da Dia (Da Dia Reef), consider the symbol of Phu Yen, is located around 30km from Tuy Hoa City. For the most convenience, you can take a taxi or rent a private car. To save cost, you may consider taking a bus from the city to Chi Thanh town and then take a taxi there. Or, hiring a motorbike is also a good idea for a more fantastic experience, as the roads are really nice with little traffic.

What to see in Phu Yen?

Phu Yen is famous for its diverse spectacular natural sceneries, from soft grainy white sandy beaches to amazing stone cliffs and pristine hills. Make sure you take note of these destinations to enjoy the untouched beauty of this area:

What is the best time to visit Phu Yen?

Featuring a tropical climate, Phu Yen experiences hot and humid weather most of the year. The stormy season is from September to November while April and May should be the warmest time and the peak domestic season is from May to August, hence the period from January to March is considered the more preferable time to visit Phu Yen. With a little rain and an average temperature of 22-28 degrees C, the weather is particularly pleasant this time.

Is there an airport in Phu Yen?

Yes, the province has Tuy Hoa Airport, which is around 7km from the downtown. There are daily flights from/to Ho Chi Minh City and Hanoi, all of them are operated by Vietnam Airline and Vietjet Air.

Where is Phu Yen?

Located in central coastline Vietnam between Binh Dinh Province (Quy Nhon) and Khanh Hoa Province (Nha Trang), Phu Yen situates 1160km from Hanoi and 561km from Ho Chi Minh City, which can be easily reached by bus, train, or airplanes. The capital of the province is called Tuy Hoa City.