The site is located in a valley, surrounded by mountains, hills and paddy fields. The valley has a length of 20km and a width of 6km. All year round, the mighty Nam Ron River provides it with fresh water. Realizing the strategic position of this land, in 1953, the French decided to turn it into a military headquarters and equip it with the most powerful weapons at that time. 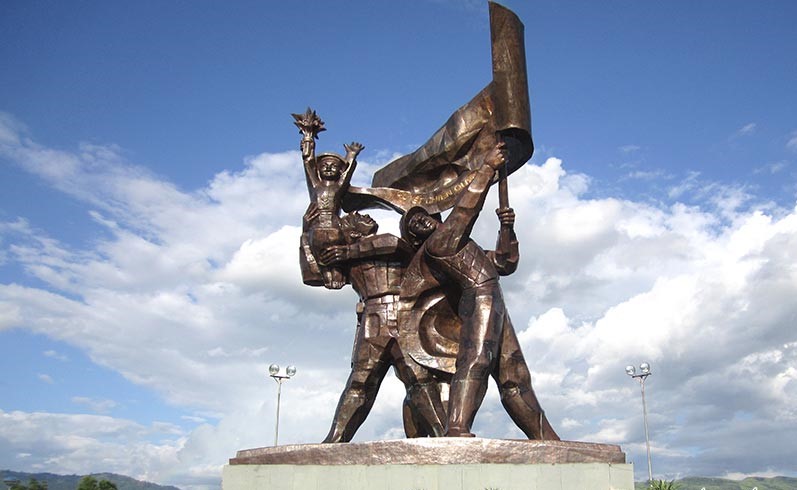 This was the place where the courageous soldiers of Vietnamese army fought and won the 55 day battle (March 13th – May 7th 1954) against the French Union. The victory indubitable caught the attention of the international community, leading to the end of the war in Vietnam after a few months. The most well-known remnants of the Dien Bien Phu Historical Site are A1, C1, C2, D1 Hills, Beatrice, Isabelle, Independent Hill, Muong Thanh Bridge, Muong Thanh Airport and De Castries Bunker. Nearly 30km away from the center of Dien Bien Phu City, the whole complex (including the shelters of Vietnamese army) situates in Muong Phang village. A 96m underground tunnel connects the working places of General Vo Nguyen Giap and Councillor Hoang Van Thai. As time marches by, the stairs leading to the place of General Giap are now covered with moss, giving the scenery a nostalgic look.

However, even though everybody knows about the Dien Bien Phu victory in 1945, not so many people notice that the site has a much longer history. In the past, Dien Bien Phu used to be the economic and cultural intersection of the Viet, Laos, and Chinese ethnic groups. It was also a crucial place hunted after by many feudal lords. After many battles on the MuongThanh paddy field, in 1777, Dien Bien Phu officially became an administration unit, where people can settle down and enjoy a peaceful life. In addition, because of its unique location, the thriving land became the trading center for entrepreneurs from Vietnam, Laos, Myanmar and China.

Nowadays, the distinctive beauty of Dien Bien Phu captures the hearts of every traveler. Everywhere in the valley, we can easily spot the beautiful and friendly ethnic people engaging in their daily activities in the early market by Muong Thanh Bridge, on the paths to their villages, inside the waiting room in Dien Bien Airport, etc. Together with the primitive yet spectacular nature of Dien Bien, these people become parts of the priceless heritage that tourists can find nowhere else in the world. 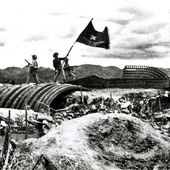 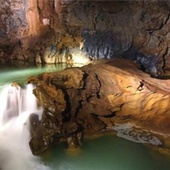