This is the highest mountain in the southeastern part of Vietnam. Located 11km to the Northeast of Tay Ninh City, Ba Den Mountain is 986m high; it is the symbol of the people and the land of Tay Ninh. 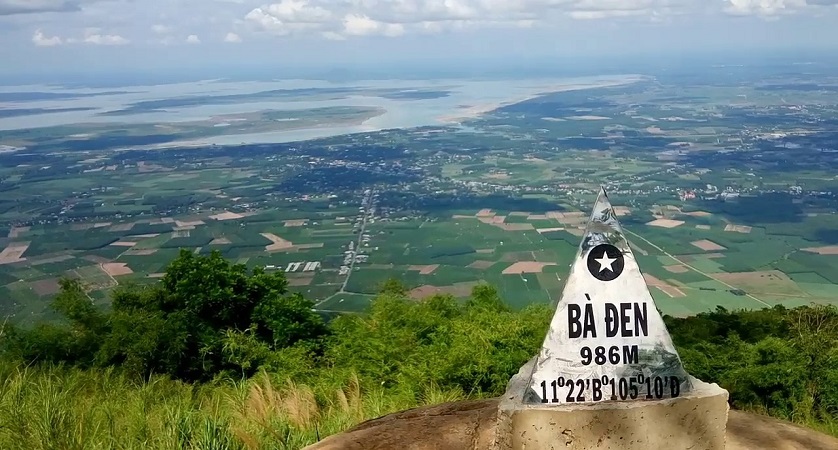 The Nui Ba Complex has a total area of 24 km2, with 3 mountains Nui Heo (Pig Mountain), Nui Phung (Phoenix Mountain), and Nui Ba Den (Black Virgin Mountain). Thorough the complex, there are a relatively big number of temples and pagodas, including Ha Temple, Trung Temple, Thuong Tempe, Cave Temple. There are also a lot of caves which were turned into small worshiping places by the monks such as Thanh Long Cave, Ong Ho Cave, Ba Co Cave, Ba Tuan Cave, etc. This incredible complex attracts many tourists every year because of its majestic natural scenery and beautiful temples. Among the three mountains of Nui Ba Complex, Ba Den Mountain is the most famous one because it is related to the myth about Ly Thi Thien Huong, the woman who is considered as the Black Virgin. 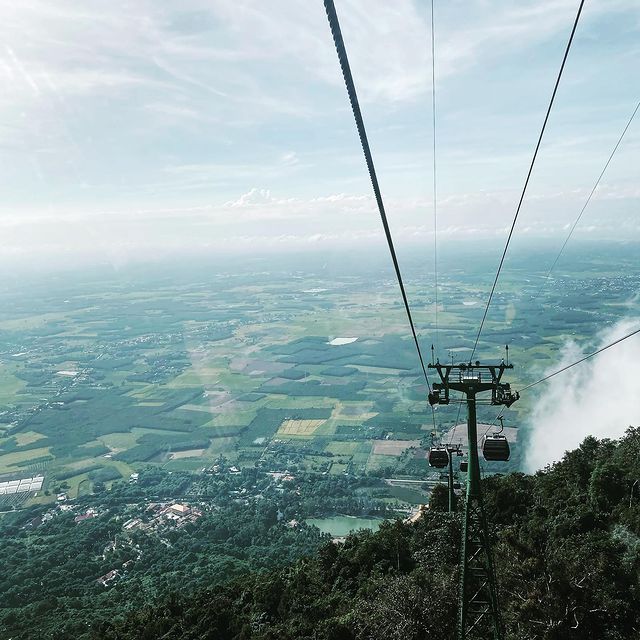 According to the local tales, in the end of the 18th century, the conflict between Trinh King and Nguyen Kinh had put the country into turmoil. At that time, there was a young man named Le Sy Triet from Quang Hoa. With his intelligence and bravery, he said goodbye to his lover, Ly Thi Thien Huong, and enlisted in the army of Nguyen Hue, a general who later became King Quang Trung. Ly Thi Thien Huong was a beautiful girl with a lovely tanned skin. Even when Le Sy Triet had gone, she still remained faithful to him. Unfortunately, she was forced to marry a powerful man in the village. Too desperate and sorrowful, the girl committed suicide by jumping off a mountain edge to protect her virginity. As they regretted the young girl’s beauty and trait, people built a temple on that mountain, which was renamed as Ba Den Mountain, to commemorate and worship her. Gradually, pilgrims from everywhere learned about the story and visited the temple in the spring, forming a custom which has lasted for generations.

In the past, a visit to Ba Den Mountain can be really hazardous and time-consuming. However, it has become so much easier today as roads and a cable car system have been built recently. 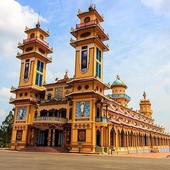 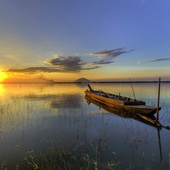