Well-known for the long-lasting history and rich culture, Vietnam is the land of festivities and celebrations. December of Lunar Calendar (normally January of Gregorian Calendar) is usually the busiest month as everybody is in a rush to prepare for some biggest festivals of the whole year. Besides Tet Festival, Tet Tao Quan on the 23rd of December is considered one of the most essential festivals in Vietnamese religious beliefs.

The story behind a tradition

The tradition of celebrating Tet Tao Quan comes from a popular fairy tale about “2 men and a woman”, who later would become the trio of Deities, or “Tao Quan”. 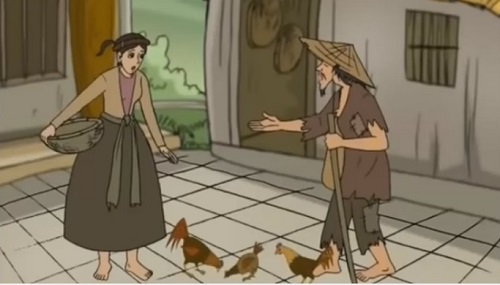 The story began with the couple of Trong Cao- the husband, and Thi Nhi- the wife. They had got married for such a long time but had not had any children yet, which made them very upset and quarrel with each other frequently. One day, Trong Cao was so angry at his wife that he casted her out. Thi Nhi left home, and after that married Pham Lang.

As time went by, Trong Cao realized his fault, and went out to find his beloved woman. He spent every single coin on his way and unwillingly became a beggar. He met Thi Nhi by chance at her new home. Cao’s explanation touched Thi Nhi and they talked for hours about the past and their current life.

As Pham Lang came home, Thi Nhi thought it would be awkward if the two men saw each other so she told Trong Cao to hide inside the stack of straw in the backyard. Pham Lang burnt the straw into ashes for fertilizing the field, accidentally cremated Trong Cao. The story had a tragic ending when Thi Nhi decided to jump into the fire to die with Trong Cao, and Pham Lang also killed himself after witnessing the death of his wife. However, when their souls flied to the Heavens, Ngoc Hoang (the Jade Emperor) conferred them with the title of ‘Tao Quan”: Pham Lang would be Deity of Kitchen, Trong Cao would be the Deity of Land and House, and Thi Nhi would be the Deity of Market. Together, they looked after the well-being of people’ house and property. Every year, on the 23rd day of December in Lunar New Year, they would travel up to the Heavens to give the annual report as well as pray for next year’s prosperity. They would come back to Earth on the New Year’s Eve, continuing their duties for the rest of the year.

The meaning of Tet Tao Quan is all about preparing a grand farewell for three Deities on their journey to the Heavens, and the ceremony is held at every Vietnamese household. On the 23r day of December, normally, grandmothers and mothers of the family will cook a lot of delicacies such as new harvest steamed sticky rice or plain porridge. They clean and decorate the altar with fresh flowers and fruits. On the altar also laid three votive paper caps, the yellow one in the middle for Mrs. Tao and two black ones for two Mr. Tao. 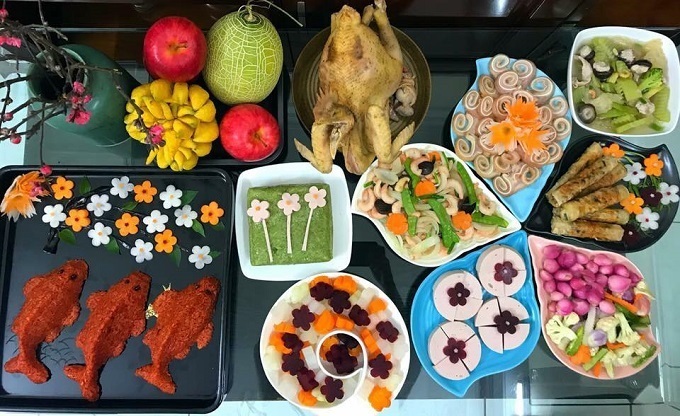 Along with these preparations, a large bowl of water with one live large golden carp or three small ones is kept aside. The carps are all alive and will be freed into a pond, lake or river after the worshipping ceremonies are finished. Tao Quan can only travel up to the Heavens with the help of golden carps, as carp is used to be the Heavens’ animal and is a very good swimmer.

Freeing the carps is also to show human’s respect and gratitude towards animal worlds, and wishing for the good fortune of the upcoming year. Nowadays, the image of Tao Quan is so familiar that they even appear in many dramatics, movies or TV shows on the occasion of Tet Festival. 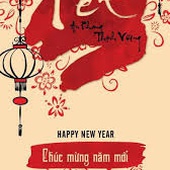 Tet holidays are the moments of happiness and family enjoy, therefore Vietnamese often dedicate the most beautiful words to their family and friends on this occasion. 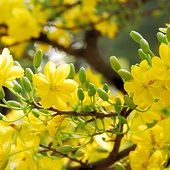 Tet holidays are the days of relaxation, happiness and joy. And similar to pine tree for Christmas holiday in the West, Vietnamese also use many kinds of flowers and plants to decorate their house in this special period. 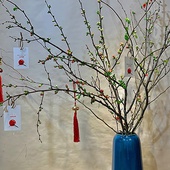 What Gifts Do Vietnamese Bring For Tet?

Giving gifts on Tet Festival, which has been long a traditional custom in Vietnam’s ancient culture, represents not only the close relationship but also the thorough and subtle of human behaviors. Vietnamese are extremely careful in talking and behaving on the very first days of New Year, as it can determine the good fortune throughout the year.