An Australian travel magazine called Traveller has recently ranked Hoi An second among Top 10 most charming destinations in the world without cars and motorbikes.

As mentioned in the articles, motorcycles rarely go inside the ancient town, thus tourists can feel free to wander in every corner, stop by silk boutiques and get tailoring service done without any disturbance from vehicles.

Hoi An belongs to Quang Nam Province in Central Vietnam, known as one of the most ancient trading ports in Vietnam. This town remains the unique French colonial architecture until now and was recognized by UNESCO as a World Heritage Site in 1999. The beautiful lanterns hanging on antique houses make Hoi An a very distinct beauty. 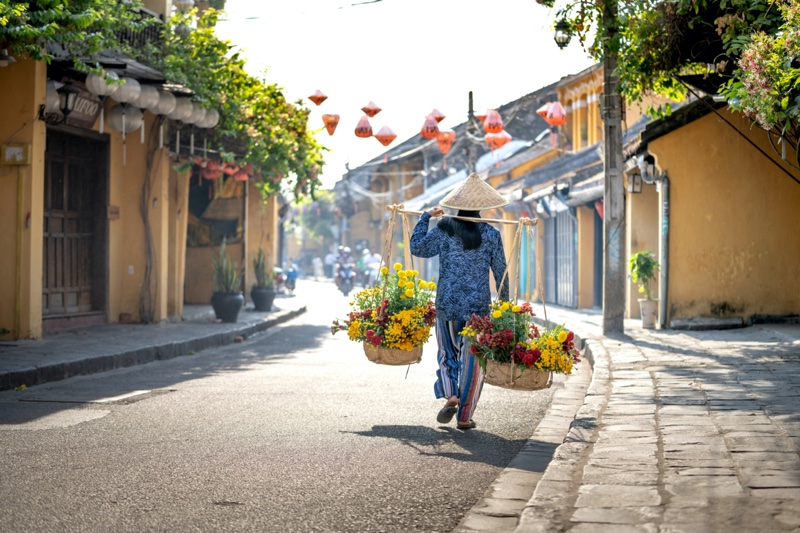 Hoi An ancient town in Vietnam

Atop the Top 10 is Hydra Island in Egypt. Besides, Rottnest Island in Australia, Medina of Fez in Morocco, Venice in Italy, Masdar City in UAE, Old City of Jerusalem in Israel, Dubrovnik ancient town in Croatia, Princes Islands in Turkey, and Fire Island in the US are other destinations in Top ten car-free cities in the world. 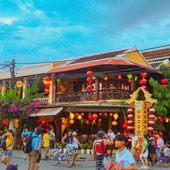 Hoi An Ancient Town in Central Vietnam has recently been ranked as one of the 10 best car-free destinations in the world for American travelers to visit by the US magazine National Geographic (NatGeo). 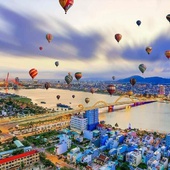 Danang And Hoi An To Host Hot-Air Balloon Festival

Danang City and Hoi An Ancient Town are going to hold a fascinating hot-air balloon festival on Saturday, March 27th alongside the welcoming of the first international flights to the city post-Covid-19 pandemic after two years of closure. 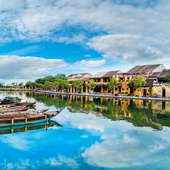 Hoi An is shortlisted among 21 world's most romantic places for couples to travel on Valentine's Day by Time Out, a famous magazine based in the UK.