For anyone who has once wondered how life behind the wall of Forbidden Purple City was, Hue Festival is the most ideal occasion to find the answer as these scenes get revived. During the festival, various events are held inside and outside of the Citadel to feature the most impressive walks of the royal life.

A lively reminiscence of life inside the Forbidden Purple City

“Hue Imperial Night” has made a name for itself as an indispensable part of every Hue Festival. The night provides a special and unique chance for visitors to witness the rarely seen cultural traits of this land. Held within the Purple City, this event brings people the most authentic royal banquets of Nguyen Dynasty, where guests can witness the fanciful space of Hue Palace, with an abundant list of activities and performances to enjoy and experience.

Aiming to reflect the lively atmosphere and shimmering beauty of this spectacle in the past, the commencement of this legendary night is highlighted with the lighting of torches at all 4 corners of the Royal Palace. Lit by hundreds of lanterns hung up along the wall, the open space of Hue Citadel is now brought back to a time when it was dominated by kings, queens, princes, mandarins and servants. 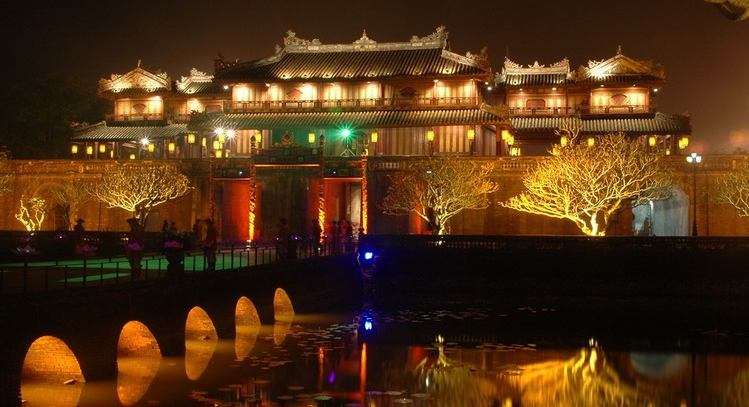 In the glistening open space of the Citadel, the revival of royal days would never be fulfilled without the presence of long-famous Hue gastronomy. Here, the less common part of Hue's art of cooking is brought back to its height. This part is often regarded as aristocratic, not primarily because of its special ingredients or complicated methods of cooking but the way these dishes are served and decorated.

Mysterious beauty, elegance, a great balance of taste, distinctive ingredients and colors are what to compliment on Hue’s meal for emperor. The diversity of Hue's delicious cuisines is perfectly enhanced by the taste of Vietnam wine and flower contemplation.

A set of Hue royal meal can’t be completed without the serving of various sorts of Hue cakes and sweet soups (che), the noshes that surely help tourists find a Vietnam inside them.

Music is an indispensable part of the night, with royal dance, court music, Hue classical drama, and Hue folk music being the first to mention. Hue Royal Court Music has been the first intangible heritage of Vietnam recognized by UNESCO, and there is no better place suited to drink in this line of music. In addition, Tuong Hue (Theatrical Act) is another type of art that captures audience's attention and interest. 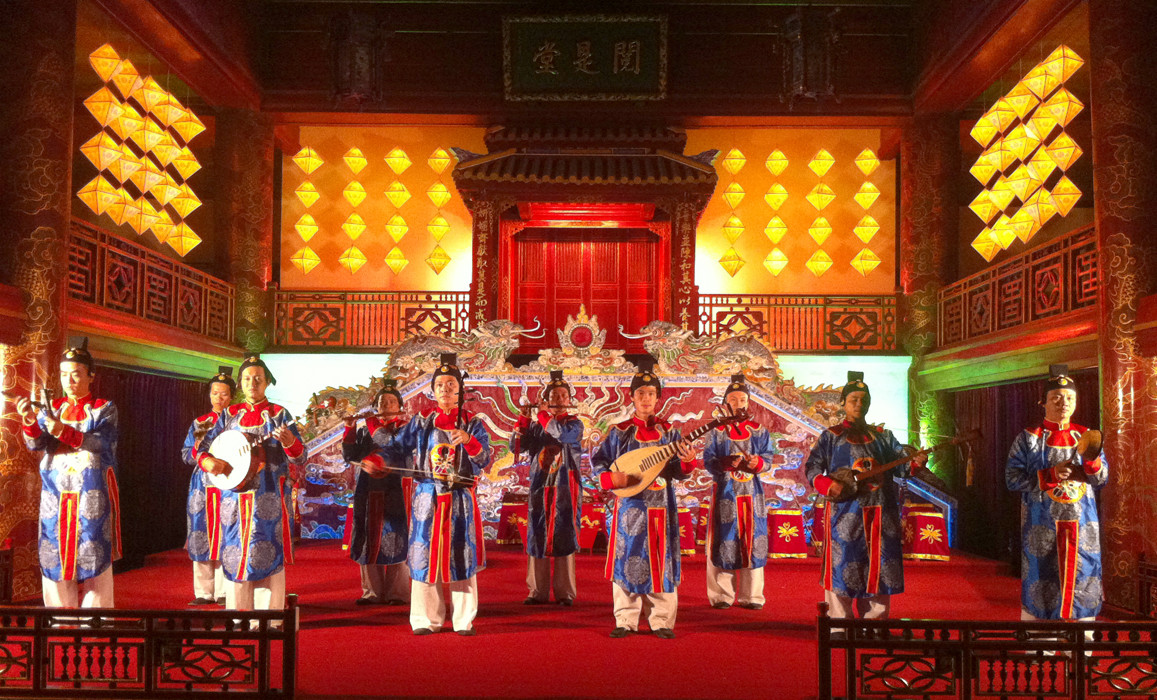 Apart from being a reminiscence of a royal banquet, “Hue Imperial night” lets people get closer to what the royal family used to do for pleasure by organizing activities such as calligraphy, antique exhibition, poetry quizzes, and performances of Hue tea serving art. They are chances to explore the indeed life inside the Citadel by joining in to feel, understand and be wallowed in a jubilant space of the royal palaces by night.

In addition to those activities mentioned above, which have been carried out in the previous festivals, the “Imperial Night” of Festival Hue 2021 will distinguish itself by a series of new exhibitions and acting, namely: "Ancient Hue Memories Through Antiques" exhibition (at Ta Vu Pavilion), the spectacle "Memoirs on Imperial Concubines' " (at Truong Lang area), "Tuong’s mask" installation art (at Nhat Thanh Pavilion area). Particularly, the revived scene of a Princess’ wedding all the way between Truong Sanh Palace and Duyet Thi Duong Royal Theatre will reveal another fascinating dimension of the Nguyen Dynasty’s imperial life.

The peaceful city beside Perfume River is said to retain the spirit of royal golden age behind its seem-to-be tranquil appearance. Here and there in this small town, people can sometimes see the soul of a long-gone past appear, or hidden somewhere to be found. And Hue Festival with its “Imperial Night” is definitely the best chance to get an insight into this past. 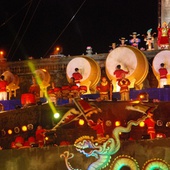 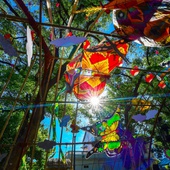 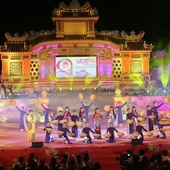