In the Vietnamese language, Muc Dong refers to the young children who take care of the buffalo.

Organized in Phong Le Village in Da Nang, Muc Dong Parade Festival is an event especially for these kids. According to the elders of Phong Le Village, the festival used to be held every 3 years, but after undergoing many changes during history, it is only celebrated every 12 years nowadays. The festival is said to be organized in the 11th year of King Bao Dai Reign (1936).

A local tale explains the unique name of this festival. Long long ago, there used to be a beautiful grassy hill in the ancient Phong Le Village. One day, when taking care of his ducks, a man happened to climb up the hill. Suddenly, an invisible power stuck all the ducks onto the ground. After that accident, people rumored that the hill is the holly place of Gods (they then called it God Hill)so no one dared to come there. However, on another day, a herd of buffalos were lost; they ran to this hill. As the young children looked for the missing buffalos, they climbed up God Hill, but luckily nothing happened. From then on, it was said that God Hill only welcomed Muc Dong. Years after years, the tale finally gave birth to a festival dedicated for the children who look after the buffalos of Phong Le Village. 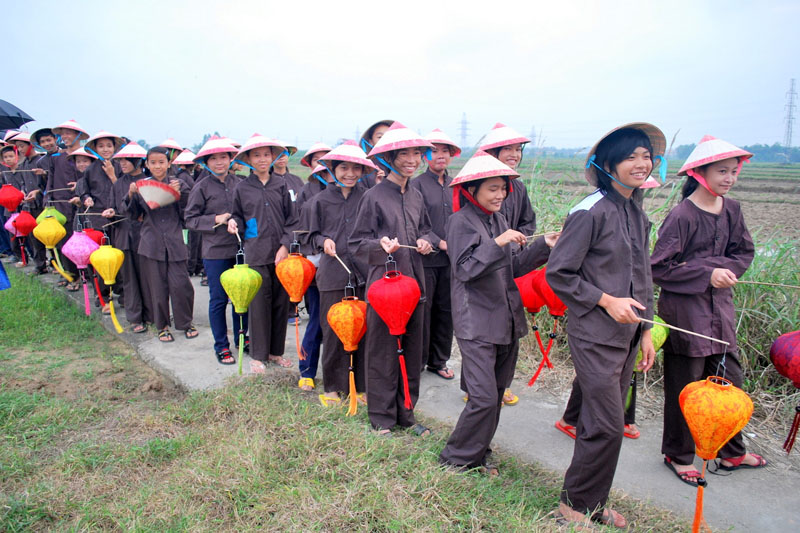 From the first week of the month, when all the harvest season end, people start preparing for the festival. To form a perfect parade, they prepare the lacquered litters decorated with flowers and fruits and many flags representing the Muc Dong and 13 big families of the village. On the 29th day of the month, the younger members of the families come back to the village no matter where they are. The festival officially starts on the following day.  Since early morning, TrumMuc (the one who looks after Muc Dongs) dresses in his special costume and worships the God of agriculture. The parade will then begin as the litters are slowly moved. People hold the flags up high and marchin the company of different percussions’ sound.  When the parade reaches Con Than Temple, the litters are lowered. TrumMuc knees down on a floral carpet, prays and throws two coins into the small plate in front of him. The God has come down to the earth! Music begins and the children start celebrating the festival. 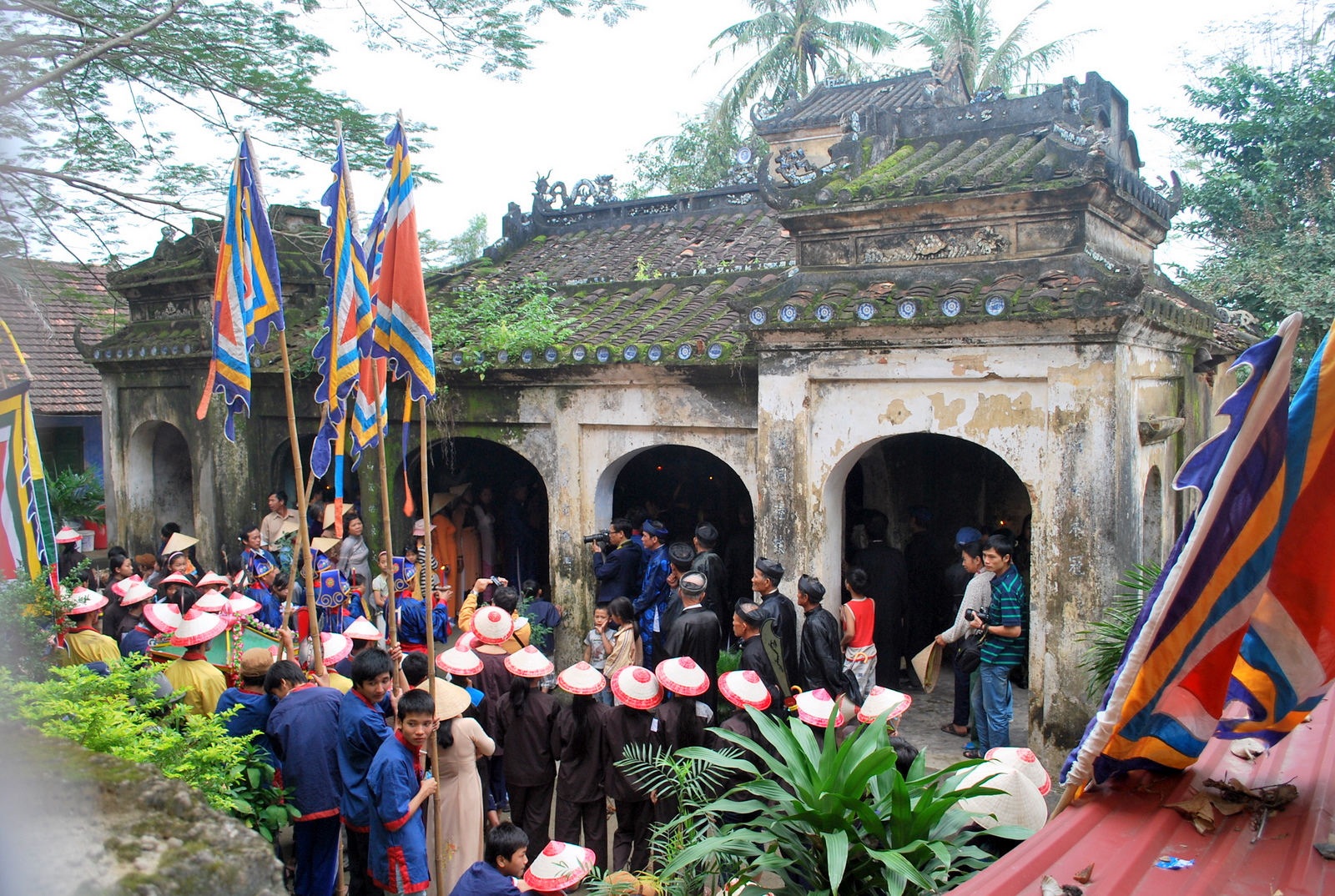 The foods are then distributed to the members of the community and the gifts are placed thorough the three halls of the temple. As people enjoy the wonderful food, they tell themselves that the God of agriculture is now looking after them, and tomorrow, the paddy fields will be forever green! 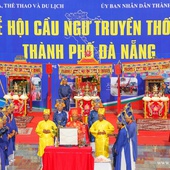 As a long established custom, Cau Ngu Festival is the biggest festival in the year for the fishermen in Da Nang. 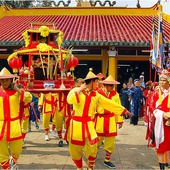 The land of Hoa My officially became a village in 1825.