Located at 101 Nguyen Thai Hoc Street, in the Old Quarter of Hoi An Ancient Town, Tan Ky Old house is an almost perfect example of a 18th merchant’s residence in this major commercial port town.

The name Tan Ky, meaning “Progress Shop”, was given to the house by the second generation to express the owner’s wish for a prosperous business. 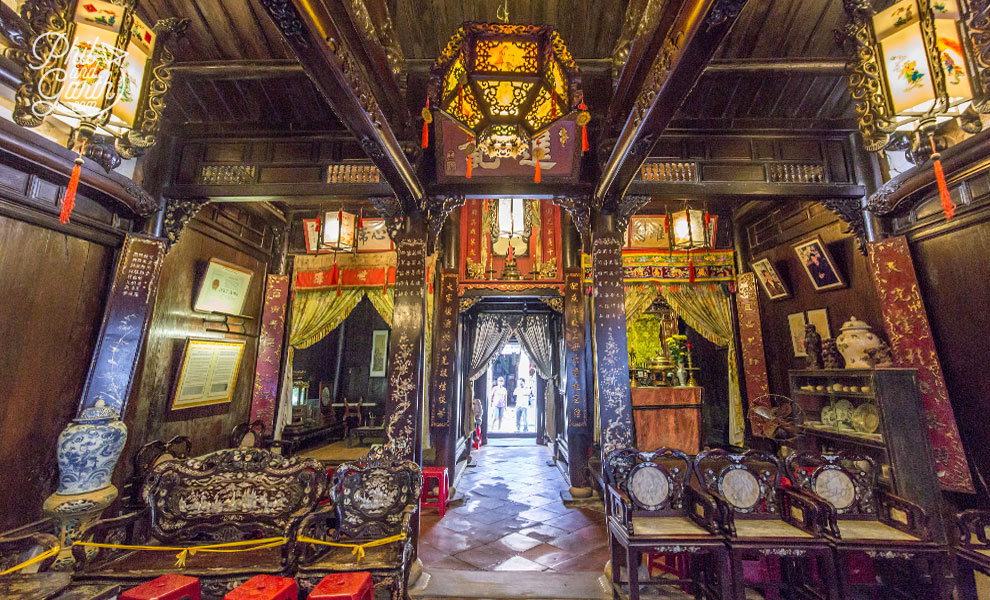 Photo: premiumtravel.info In spite of the decline in business of the town and the huge devastation of annual floods, seven generations of the family have continuously strive to keep the house in good condition. Therefore though it’s not the oldest, Tan Ky is the most well-preserved in Hoi An.

There are many of the house’s details, which have remained unchanged to this day, including the storage area, the outside structure made of bricks and tiles, floor covered with Bat Trang bricks. The use of jack-fruit trees, ironwood and peck-wood for inside furniture with thick roofs and wooden walls has kept the house cool in summer and warm in winter. 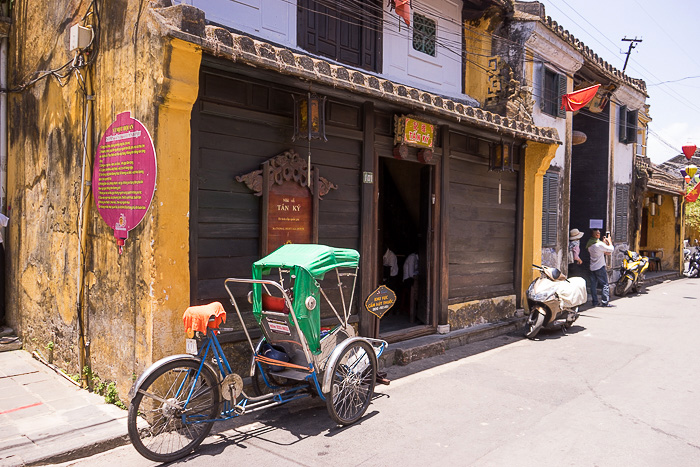 Being the combination of Vietnamese, Japanese as well as Chinese elements, from a time when the three communities lived together in Hoi An during the 16th and 17th centuries, the house strongly represents features of Oriental philosophy, such as the the triple-beam structure (stands for heaven, earth and humans), the five round blocks (represent metal, wood, water, fire and earth – the five basic natural elements in Eastern philosophy) and several decorative carvings on the edge of the roof and furniture. Amongst several pieces in the house, the most famous one is two vertical panels next to the Tan Ky House's central courtyard, which are inscribed with parallel sentences. What surprising about this piece is that each stroke of writing is an illustration of a bird. One hundred birds in total represent perfection.

If you’re near the Japanese Bridge, walk down Bach Dang Street into Nguyen Thai Hoc Street. It’s suggested to visit the place at the beginning or end of the day, not in the middle. Having a cup of coffee at one of the coffee shops near the house is also told to be interesting while exploring this attraction.