The Japanese bridge (Chua Cau in Vietnamese) has always been an icon of the tranquil port town of Hoi An. The bridge is known for its graceful curves and the inspiration from Zen spirit.

Legend has it that the bridge was built as a weapon of ancient people to deter the monster Mamazu, which has its head in India, its tail in Japan and its back in Vietnam, from causing earthquakes and other calamities. In fact, it was constructed by the Japanese trading community in 1593 to connect them with the Chinese area on the other side of a small stream. It remains until today as a spectacular attraction and is a beautiful trace of the Japanese influence in Vietnam. 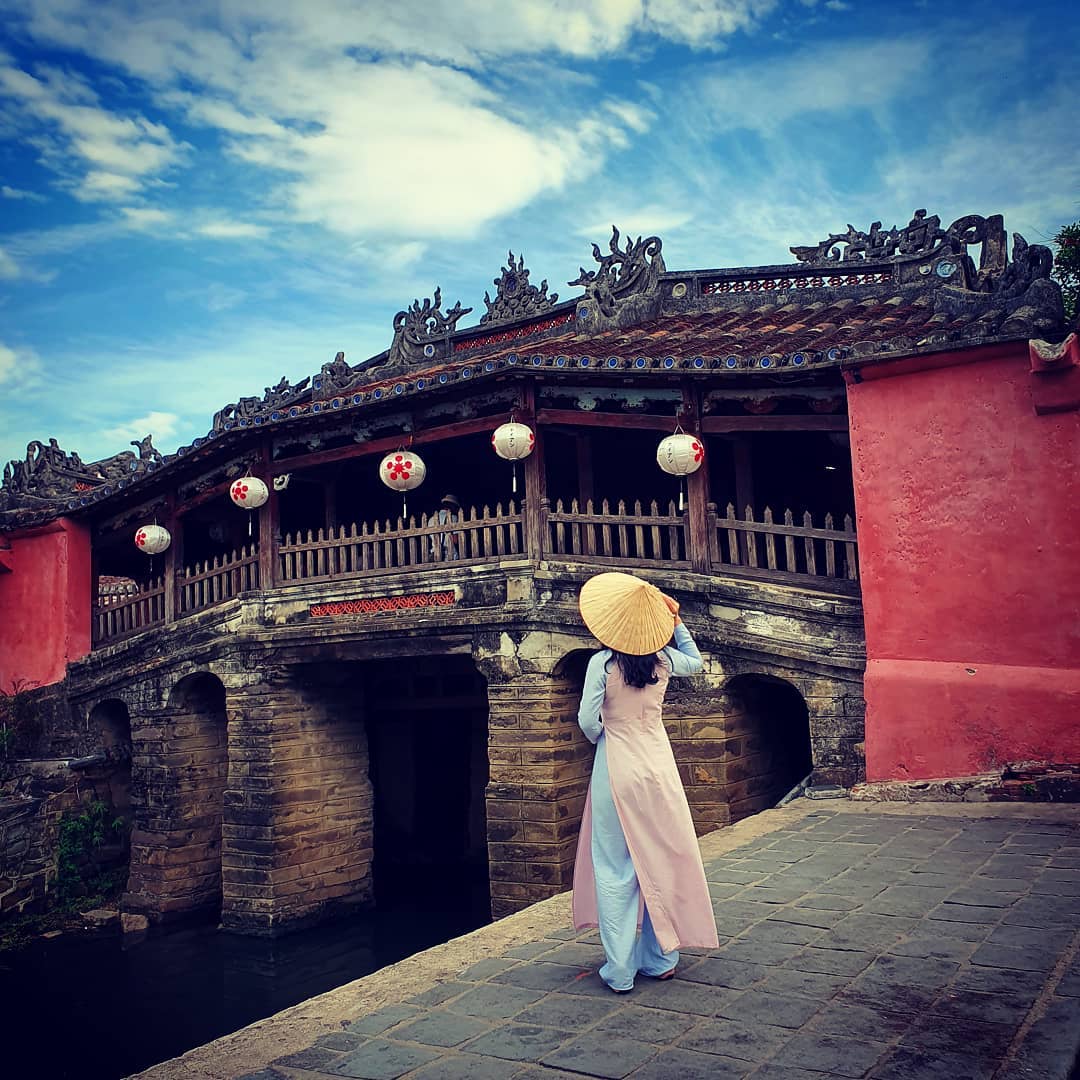 Since the building of this site was started in 1593 – Year of the Monkey, and finished in 1595 – Year of the Dog, a pair of these two animals’ statues has been placed at both ends. They represent for the guardians of the bridge.

Japanese Bridge is renowned for its elaborate decorations, which can be most easily seen at the low entrance. Don’t miss the little porcelain bowls used to cap the ends of the tile, though the interior may be very dark. There’s a small temple on the north side of the bridge, right in the middle over the stream. In addition, visitors may find several interesting galleries at the other end. 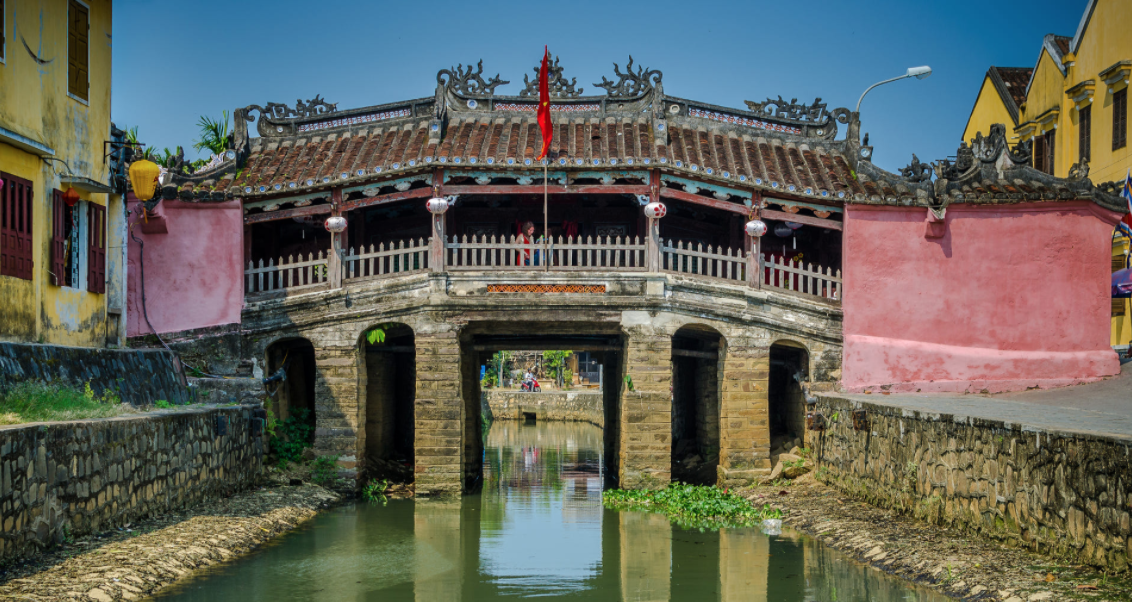 Such a place can’t be ignored for those who want to take photos, with a charming historical background and amazing red faded colour. Night is when it looks more elegant, thanks to the lighting.

Admission is free and tourists staying in the town may pass through this bridge few times a day. Hiring a bike to tour around is highly recommended, since the town is so small and there’s no need to worry about the traffic.