This is a historical relic that represents the most prosperous time of Cham Pa civilization in the 12th Century.  It is one of the most beautiful Cham Pa Towers in central Vietnam. Although they have been damaged many times in the past by treasure hunters and the local people, the towers still radiate an impressive beauty. Duong Long Towers consist of three spires: the central one is 24m high, and the two towers on either side of it are 22m. The attraction of the towers is not only the outstanding height compared to the other Cham Pa buildings in Binh Dinh, but also the carved stone designs which weave throughout the complex. Duong Long Towers were created by bricks and the corners were connected by stones with huge engraved plates that show sacred Cham Pa animals such as Garuda, Elephant and Eagle. The main door faces east towards the Sun, and was built using 1.5m tall stones. The upper half of the tower was built by similarly large stones that overlap each other precisely, displaying the ingenuity and skill of the Cham Pa people. The wall is decorated with the carved images of monks in high-top hats, dancing and singing.  The top of the towers are crowned by lotus petals rising to the sky. 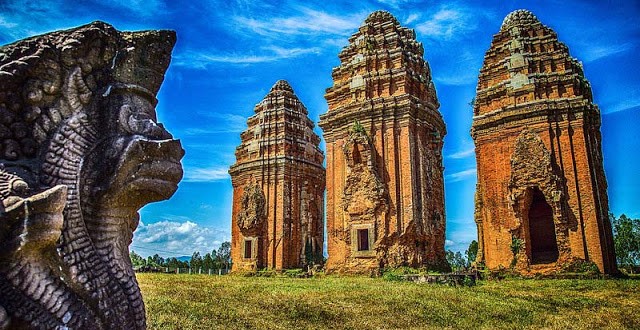 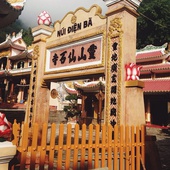 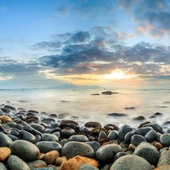 Ghenh Rang is one of the most attractive destinations in Binh Dinh, located 3km south east of Quy Nhon City. 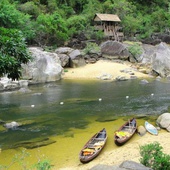 Ham Ho is a downstream part of the Kut River in Tay Son, Binh Dinh, and located 55km NW of Quy Nhon City.