An important landmark of  Quang Binh province, Dong Hoi Citadel is a complex of high fences and towers, forming a fortress that protected the kings and the capital of the Nguyen dynasty since 1630. The citadel is 1’500 m away from Nhat Le beach; it is adjacent to Nhat Le River in the East side and the forest on the West side.

The construction of Dong Hoi Citadel was started in 1812, at the location where King Nguyen Phuc Nguyen built Tran Ninh Rampart and Dong Hai Post in 1774. When King Gia Long passed away, King Minh Mang asked a French general to re-design the citadel, and in 1824 he rebuilt it into an invincible fortress which has the shape of a star. The perimeter of the citadel is 1.860m; its height is 4m. The 1.35m-wide façade faces the West. In addition, the citadel has 3 other big gates: North, South and East, which are equipped with 8-roof towers. Each gate has a well-designed bridge which connects the citadel with the outside area. In 1842, when Kinh Thien Tri was reigning, he renovated Dong Hoi citadel to consolidate its strength. 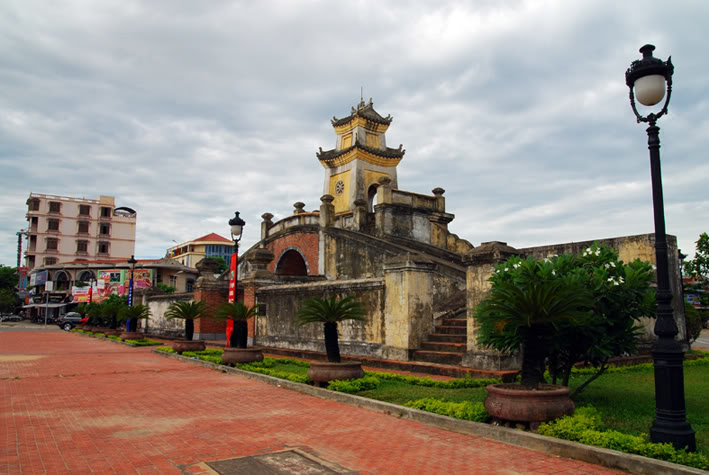 Dong Hoi citadel held an important position in many periods of the country’s history. In 1885, when the French army attacked it, people and the soldiers of Dong Ha defended and triumphantly won the battle, making the French retreat. During the Vietnam-France war from 1945 to 1954, the local inhabitants have also made several attacks at the citadel.

Nowadays, there is no more war in Vietnam, but the beautiful Dong Hoi citadel still stand vividly as a honorable symbol of the brave country, attracting visitors from many places around the country and the world. 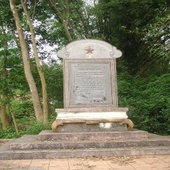 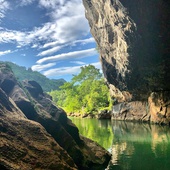 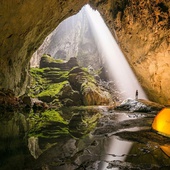