Together with the festive atmosphere Tet brings to Vietnam every year, the event also the best time of the year for Vietnamese to spend time on their spiritual life and pay respect to religious institutions.Visiting pagodas on the first days of the year has long been a deep-rooted tradition.

The meaning of visiting pagodas and temples

It has been a long-lasted custom of the people in this country each time a New Year arrive to visit pagoda. In Vietnam, the custom is described as “Lễ Chùa” – in which “lễ” means not only visiting but also showing respects in all sincerity to Buddha and Gods of the pagodas or temples. No matter how busy Vietnamese are during the hilarious atmosphere of Tet, everyone attempts to burn an incense to wish for best wishes for the New Year like healthiness, happiness and wealthiness. 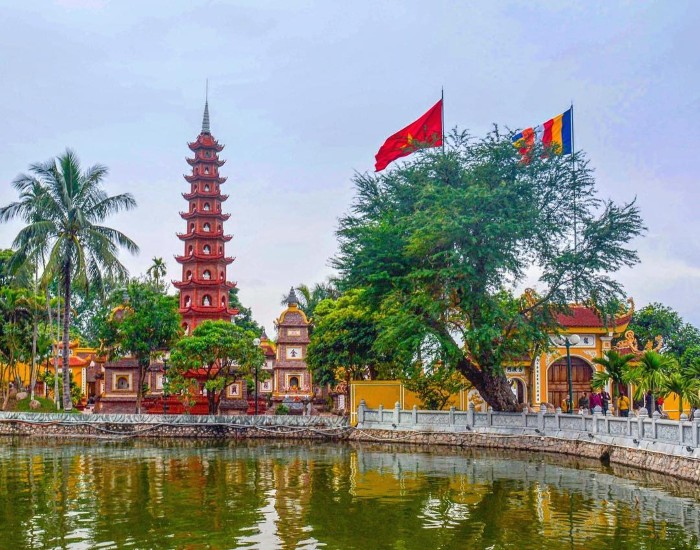 Not only is that, praying at pagodas and temples is among the best way to go out and enjoy the spring. Mixing ones’ soul with the spiritual spaces, breathing in the aroma of burning incense and flowers and enjoying relaxing glimpse in the garden of the pagodas help demolishing all the stresses and worries of the previous year.

Differences in visiting pagodas in the North and the South

Although people in both areas visiting pagodas with the same purpose and the same meanings of this lofty tradition, the way they conduct this activity is of some different. 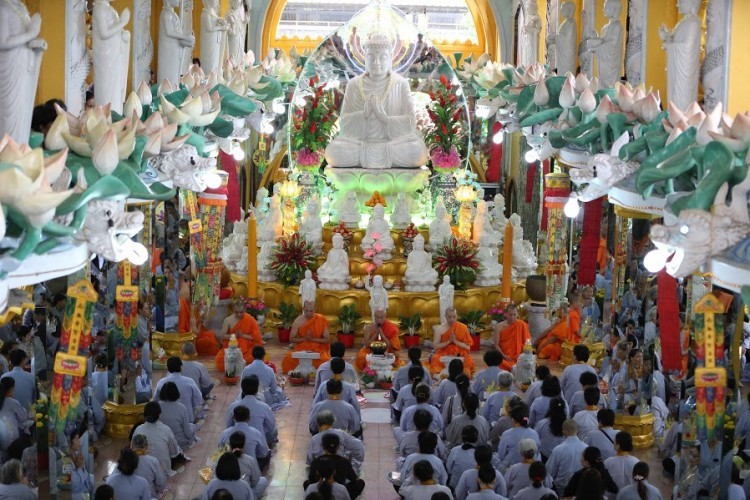 Offerings filled with 'dollars', food and drinks prepared by visitors

Northern Vietnamese seem to be more sophisticated in this spiritual custom in which a long list of scarifying items ranging from pork, meat-roll and chicken to fruits, flowers, incense, hell-notes, real money and petition note written in Nho script with wishes for the new year on. When praying, people speak their wishes like a fold song with rhyme and tune. On the other hand, Southern people do not often bring so many offering items to pagodas, nor praying in rhyme and tune. They simply ask for what they wish, and this is called “khấn nôm”.

No matter how different they are in the two area, the noble tradition of visiting pagodas skill remains its real meaning, in which any barrier of age, status or sex are eliminated, everyone unite there, in a mutual spiritual world. 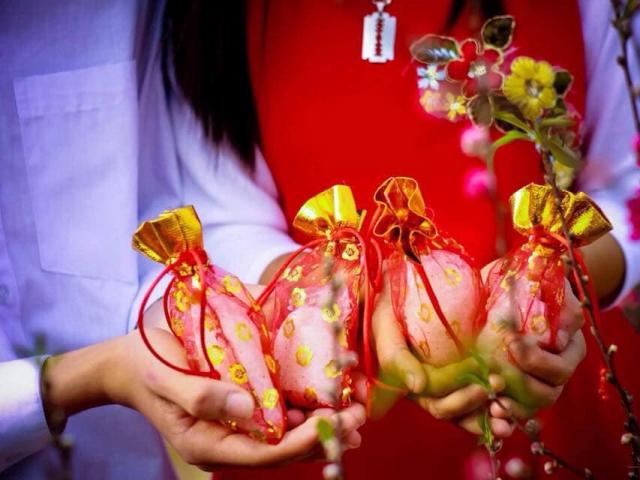 After having done all the praying, no Vietnamese forget to pluck buds from pagodas. Buds picked by people could be a small flower like the very meaning of it, however, the most common bud we are discussing about is a small branch of trees in the pagoda’s garden. Vietnamese consider plant like a symbol of immortal life; growth and prosperity as no kind on this earth grow faster, more stable and more long-lasting than plant. Bring a small sacred branch of tree from pagodas would bring healthiness and prosperity to ones’ home. 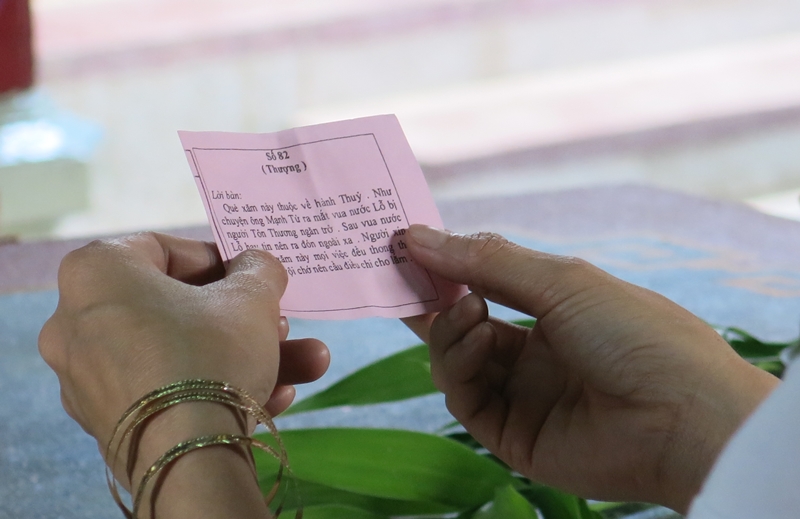 Another interesting activity Vietnamese people often do while visiting pagodas and temples is lots drawing. Those lots have short paragraph to forecast about ones’ fortune in the New Year. Although this activity is kind of superstitious, people still enjoy it because whether it says good or bad ones can still interpret positively. For example, if good fortune is forecasted, people would be much happier to welcome the New Year while unlucky ones would be more careful in every act, thanks to this, they would even more successful rather than bad luck. 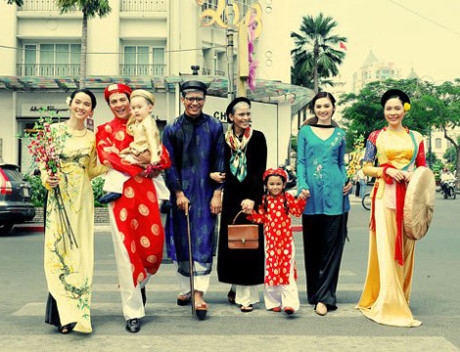 Vietnamese people often visit pagodas and temples right after the New Year’s Eve moment, and going out of the house on the very moment of the New Year is also counted a traditional custom of Vietnamese. This is called “xuất hành đầu năm” in Vietnamese, simply translated as the first going out in the New Year to bring lucky home. With this custom, people carefully pick elements that match ones’ zodiac such as day, time, and most importantly, direction. There are two common directions ones may prefer: “Tài Thần” and “Hỉ Thần”. The first one is believed to bring about wealthiness and fame while the second one is expected to come along with happiness. Certainly, happiness direction is more preferable by Vietnamese people because in the end the day, no matter how wealthy and successful people are, happiness is what ones seeking for. 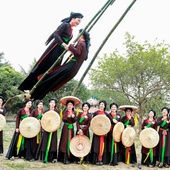 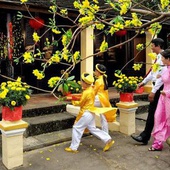 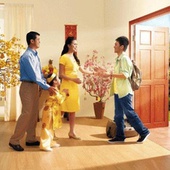 Year by year, Tết holiday has repeated in the role of the most fundamental and also biggest festival of a year to Vietnamese, from Kinh people to ethnic communities. In this crucial event, Xông đất (first visit to a home in a year) appears to be one of the indispensable rites.