Long Tong Festival is one of the biggest and most important events of Lang Son.

Long Tong Festival is one of the biggest and most important events of Lang Son; it is organized annually in the 4th day of the year (according to Lunar Calendar) in more than 200 villages of the province. Even though the festival is widely known as Long Tong, people name it differently in different places, such as Thong Bung Kham (in Dai Dong district), Thong Na Mon (in Chi Lang district), Long Dong (in Bac Son district). 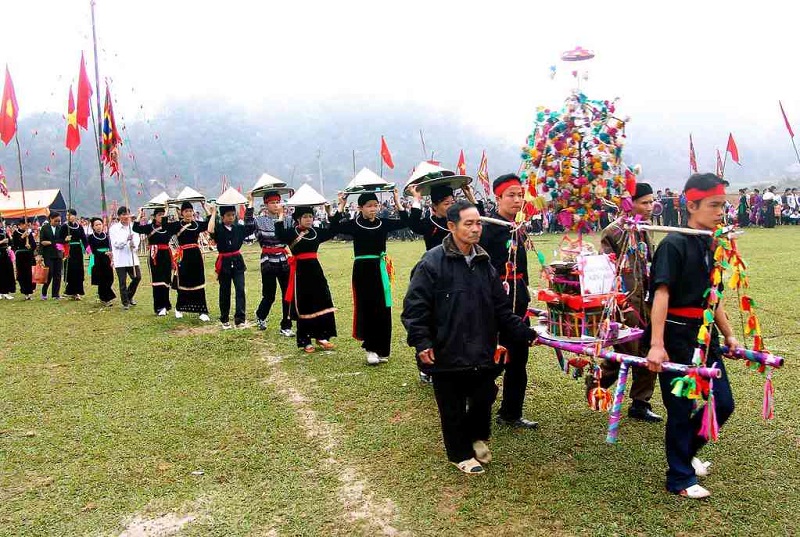 However, no matter where it is organized, Long Tong Festival consists of the same procedures and parts: worshiping the God of agriculture, traditional games, folksong singing contests, etc. Normally, the first part of the festival, worshiping, starts very early in the morning. According to the Vietnamese culture, the God of agriculture is the one who looks after the fields, gardens. He can conjure up the wind, the rain to make a bountiful harvest and give the villagers a peaceful year. As a result, the Vietnamese people have a custom of worshiping the God of agriculture in the spring to ask for his good wishes. To begin the ceremony, Pu Mo, the head of the festival worships the gods and the kings in the main temple of the village. After that, people move to the paddy field or a high hill to worship the God of agriculture. For Long Tong Festival, people often prepare many gifts in the form of food to the God. They include boiled chicken, fresh fruits, wine and other traditional dishes. 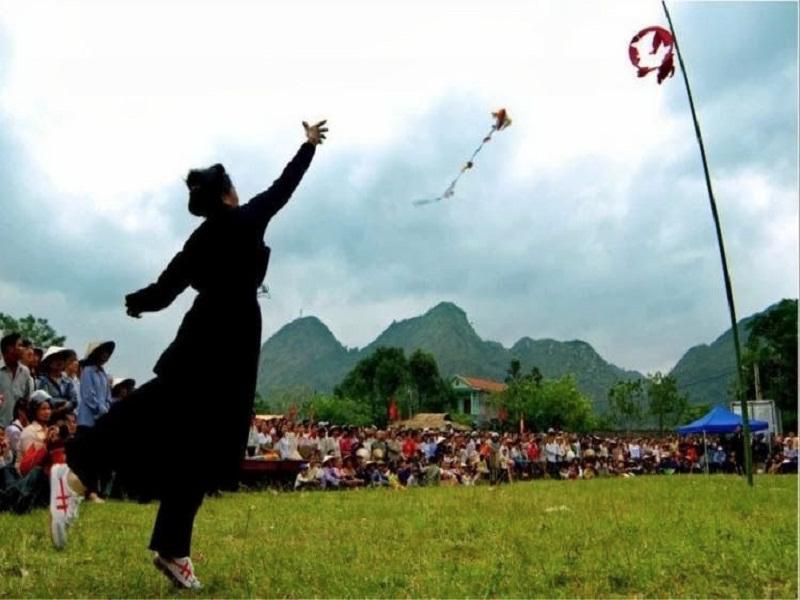 After the worshiping procedure, the whole village celebrates right on the rice fields. They eat the tasty sticky rice and drink the irresistible yet healthy white wine at the same time. While elders are enjoying the food, young men and girls will organize and play different traditional games. Occasionally, people even invite the Lion dance team from adjoining villages to take part in a contest. They believe that if a lion comes in the spring, good luck and wealth would come to the whole family during the whole year 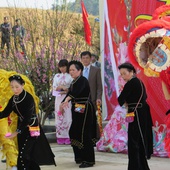 Among more than 260 traditional festivals in Lang Son Province, Pac Mong festival is considered one of the greatest ones, attracting thousands of people from all over the country.