Xuong Dong - or Getting down to the farm- festival in some respects shares similarities to Long Tong festival of Tay-Nung ethnic groups. The main purpose of the celebration is to spray for good harvests, favorable weather and full lives.

This festival in some respects shares similarities to Long Tong festival of Tay-Nung ethnic groups. The main purpose of the celebration is to spray for good harvests, favorable weather and full lives. This is also considered as an occasion for Muong people to relax, amuse themselves and express their aspirations for a beautiful and peaceable life. 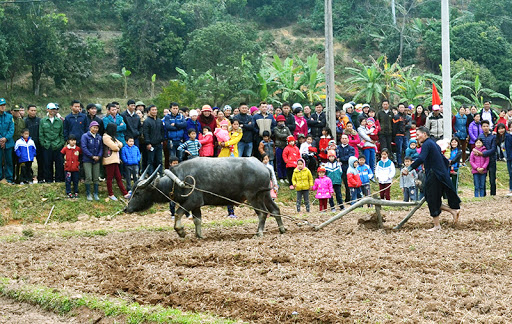 The festival takes place annually at the beginning of spring. Specifically, Muong Bi holds the opening ceremony on 7th of January (Chinese calendar) and ends no later than 3 days afterwards.

The celebrations may vary from communes to communes. In Phong Phu commune, the festival is held at a place where it attracts people’s participation best. Participants can watch a magician on traditional costumes carrying out rituals on behalf of the whole community. This activity aims at praying Saint Tan for abundant harvests.  A muntjac or an ox will be killed as an offering but a buffalo is never used. At the end of the worshipping frame, the village people will eat the meat together. Celebrations then include the procession of Saint Tan’s statue to the temple, accompanied by music performance. On the grassland the gong team players from the communes and neighborhood will compete with each other. As for attendants, they can drink Ruou Can (pipe-wine) free in the huts or join in activities during the festivals. 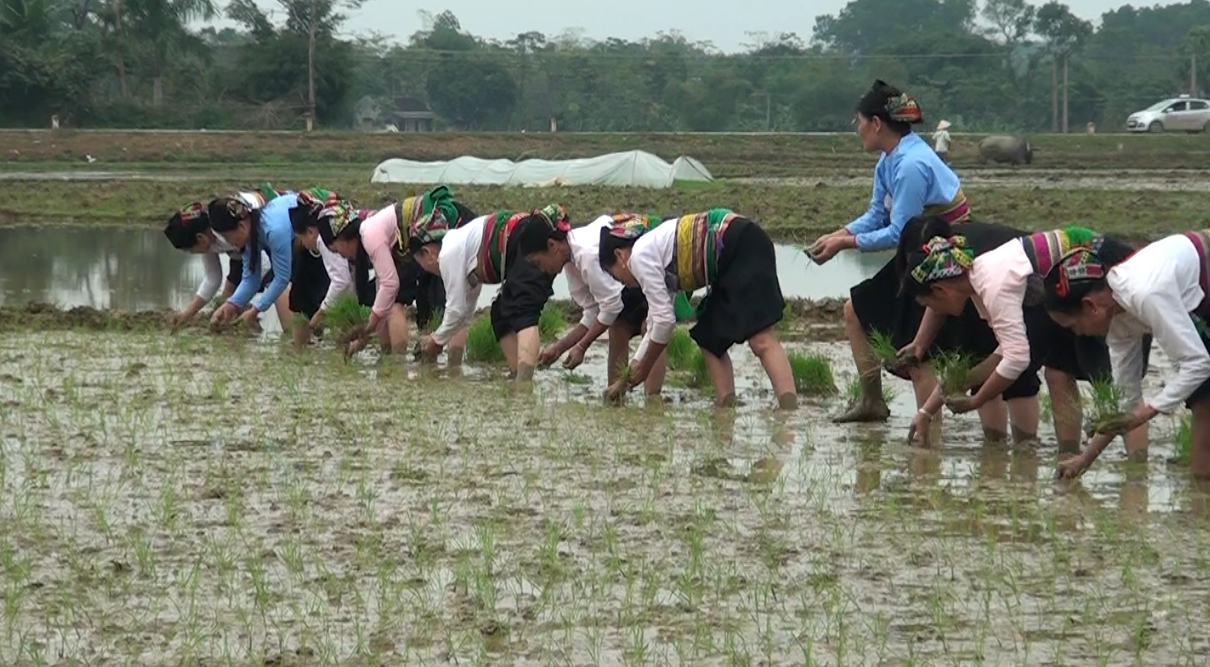 Another commune named Tan Lap in Lac Son district celebrates Xuong Dong festival in a different way. The performing space of the festival is in the main Temple on Dam Dun in which there is an obscure skull. It is rumored that once upon a time the herbs-boys found this skull on a stream and they picked it up. When they divided into 2 groups to play a game, one group pray in front of the skull and surprisingly that the praying group won. Since that time, the skull has been regarded as a sacred thing and placed in the main Temple. One more interesting point in this region is that the Xuong Dong festival’s opening time, rather than being fixed, depends on the result of hunting and fishing work of the villagers.  After such activities the beginning date will be decided and of course, the festival will be started by the ritual of worship. 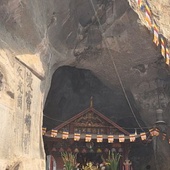 The festival is held on the 15th of Lunar January every year at Pagoda Cave and Hang pagoda in A Dong hamlet, Yen Tri commune, Yen Thuy district. 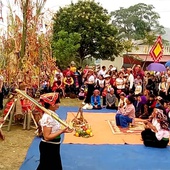 Because of the historical and geographical situation, Hoa Binh’s festivals have certain distinctive traits.