Sitting next to Highway 20, the airport is accessible by most vehicles and a car or taxi ride takes 30-40 minutes, depending on traffic.

About 30 km South of city centre, Dalat Airport (DLI) is officially called Lien Khuong International Airport. Since its recently renovation in 2009, Lien Khuong Airport has grown into the second largest airport in the South of Vietnam, only after Tan Son Nhat International Airport of Ho Chi Minh City. Located conveniently on Highway 22, the airport can be reached by most vehicles. A car or taxi ride takes about 30-40 minutes from the city centre to the airport, depending on traffic.

Vietnam Airlines and Air Mekong are currently the only two airlines that serve Lien Khuong Airport. There are direct flights connecting Dalat with Hanoi and Ho Chi Minh City. One way ticket costs on average US$80 and $45 respectively. Ticket cost will depend on the airlines, how well in advance you book and the agent that you make your reservation with. 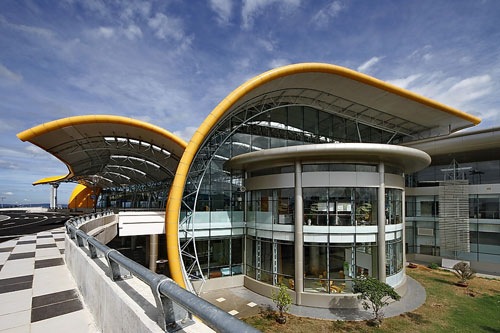 From Dalat Airport to city center:

A number of taxis will be waiting for you outside of the arrival gate, the most popular names including Phuong Trang, Thang Loi and Mai Linh. One way travel from the airport to downtown of Dalat should not cost more than VND 200,000 (or $10). In front of the luggage pick-up lounge of the airport, you can also reserve for the airport transfer service to the city. Take the receipt with you and show it to the taxi driver as you exit the airport.

Shuttle bus runs frequently to pick up passengers flying from Hanoi and Ho Chi Minh City. Shuttle bus ticket can be purchased for VND 40,000 (or $2) from the same ticket booth in front of the luggage pick-up area. 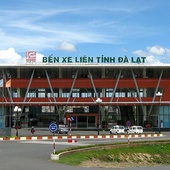 Getting To Dalat - Air, Road and Train