Most people know Pho as the most famous dish in Vietnamese culinary art. There are lots of people who fall in love with Pho right at the first time they taste it. However, there is a secret not everyone knows. Pho, depending upon its geographical origin, is cooked and eaten in a way different from the other. Specifically, Pho in the North of Vietnam (Pho Bac) is not similar to Pho in the Southern Vietnam (Pho Nam).

First, the soup is one of the main factors of a successful bowl of Pho. The soup, however, is cooked in different ways. Hanoians often boil only the beef’s bones to make the soup. Saigonese people, besides using beef’s bones, sometimes use chicken’s bones and dry squids to make the soup more flavorful. That is the reason why when looking at a bowl of Pho, we can recognize its origin. The broth of Hanoi’s Pho is clearer than Saigon’s Pho. Due to more ingredients added, the broth of Saigon’s Pho does not look as pure as Hanoi’s Pho. In addition, Northern people tend to add more seasonings in the soup than Southern people. Northern people tasting Saigon’s Pho find it too sweet for them to finish the soup. In contrast, Southern people tasting Hanoi’s Pho find it too salty.

The second difference is the noodles used in Pho. When eating a bowl of Pho in Hanoi, customers do not have options of noodles. They just have only one kind of noodles which is big in width and thin in depth. In Ho Chi Minh City, when having a Pho, they would ask what kind of noodle you would like to have: the primary one (like Hanoi’s Pho) or the thinner one both in width and in depth. 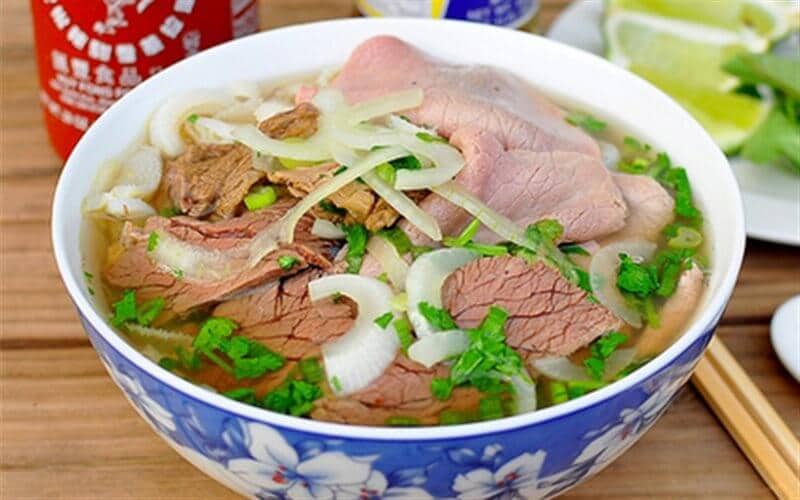 It might be big mistake if we don’t mention different vegetables used in Hanoi’s Pho and Saigon’s Pho. People in the North Vietnam do not have bean sprouts with Pho while the Southern people do. Moreover, one of the most favorite vegetables of Southern people that you cannot find at any Hanoi’s Pho shop is basil. In Saigon, a plate of various kinds of vegetables is often served together with Pho. Customers choose which vegetables they want and dip them into the soup, mix up all and enjoy. There are not many kinds of vegetables served with Pho in the North Vietnam. 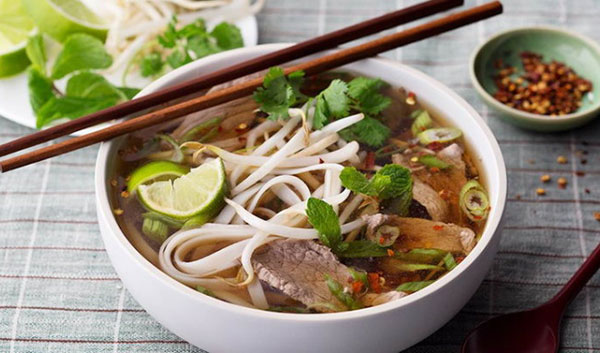 Another difference is meat served in Pho. In Saigon, when having a Pho, the seller will ask you how you would like meat to be cooked: rare, medium, well-done, what kind of meat you would like: fillet, meat with bones or bone only. In the North Vietnam, it is not popular to have beef bone in a bowl of Pho, though.

The last difference in eating Pho between the North and the South Vietnam is the sauce. People in Saigon are used to adding the Hoisin sauce in their bowls or in a smaller separate dish to dip the meat in before eating it. The Hanoians, however, don’t put the Hoisin sauce in. If they prefer more spicy, they can add chili sauce. It might be hard for visitors to realize these differences at the first time. The more you experience, the better you are at defining Hanoi’s Pho or Saigon’s Pho later.

Watch our video on Pho: