Discover A Small Paris Through 5 Architectural Works of Hanoi

As time progresses, these buildings only become more valuable

Albeit being such a small city, Hanoi’s architecture is a mixture of both domestic and foreign influence. Hanoi contains in it the ancient style of feudal past, modern 21st century to Soviet-inspired monotone blocks, and that of eternally-valuable French design.

Albeit being such a small city, Hanoi’s architecture is a mixture of both domestic and foreign influence. Hanoi contains in it the ancient style of feudal past, modern 21st century to Soviet-inspired monotone blocks, and that of eternally-valuable French design.

In the process that shapes up Hanoi as of today, a number of the city’s buildings clearly show the distinctive imprint of French architecture. The influence is obvious in the organization of space, technical and construction materials and patterns of expression. The unique French architecture that adjusts for the local oriental style of living has become a characteristic of thousand-year-old Hanoi.

Of the finest French buildings in town, these five works are among the most popular that can not be missed when visiting Hanoi.

Hanoi Grand Opera House, a smaller version of the Opéra Garnier in Paris, was built on 07/06/1901 and completed in 1911. The Opera House was constructed in theater-style which draws its influence from the classical works in Renaissance Europe.

The building occupies an area of 2600 square meter, at its peak reaching 34 meters above the adjacent road and the main auditorium measures 24 by 24 meter. Hanoi Opera House is a unique work with an outstanding value of history, culture, architecture and art.

Nowadays, this is one of the most important hearts of Hanoi where regular cultural activities, art performances, concerts, etc. are often held. 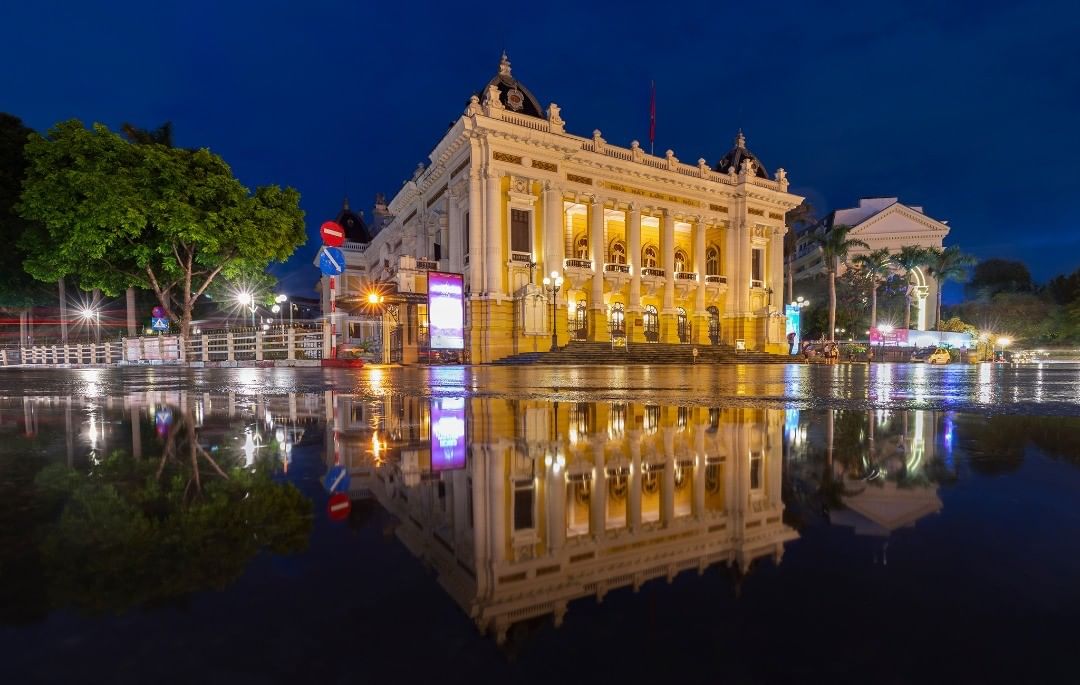 Situated in the heart of Hanoi, sandwiched between Hoan Kiem Lake and the magnificent Opera House, the hotel was funded in 1901 by two French investors. Sofitel Metropole Hanoi bears that feeling of the colonial period with its white-painted walls, green windows, delicate iron patterns, wooden plank walls and a green lawn.

This is the very first five-star hotel in Hanoi where many ambassadors and celebrities have chosen to stay. Besides, Sofitel Metropole is the only hotel in the entire Indochina region with a unique collection of Citroen classic cars. 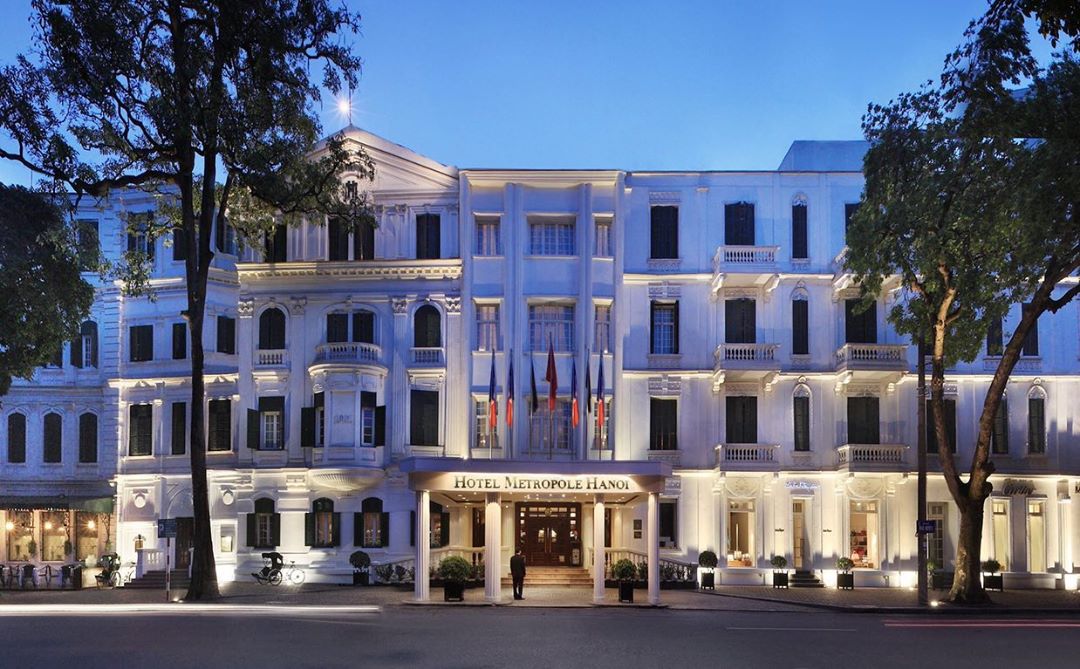 The President Palace, built in 1901 and completed in 1906, at first played a role as the palace for the Indochina's General Governor Palace.

Like many French colonial architecture of this time, it is wholeheartedly European in design, with the only hint of a Vietnamese presence is the mango garden that surrounds the building. The palace’s ground is designed symmetrically, with a big block in the middle and two blocks on either sides. The building is covered in yellow paint and the huge green iron gate still guards its entrance.

At present, it is the office of the President of the Socialist Republic of Vietnam. 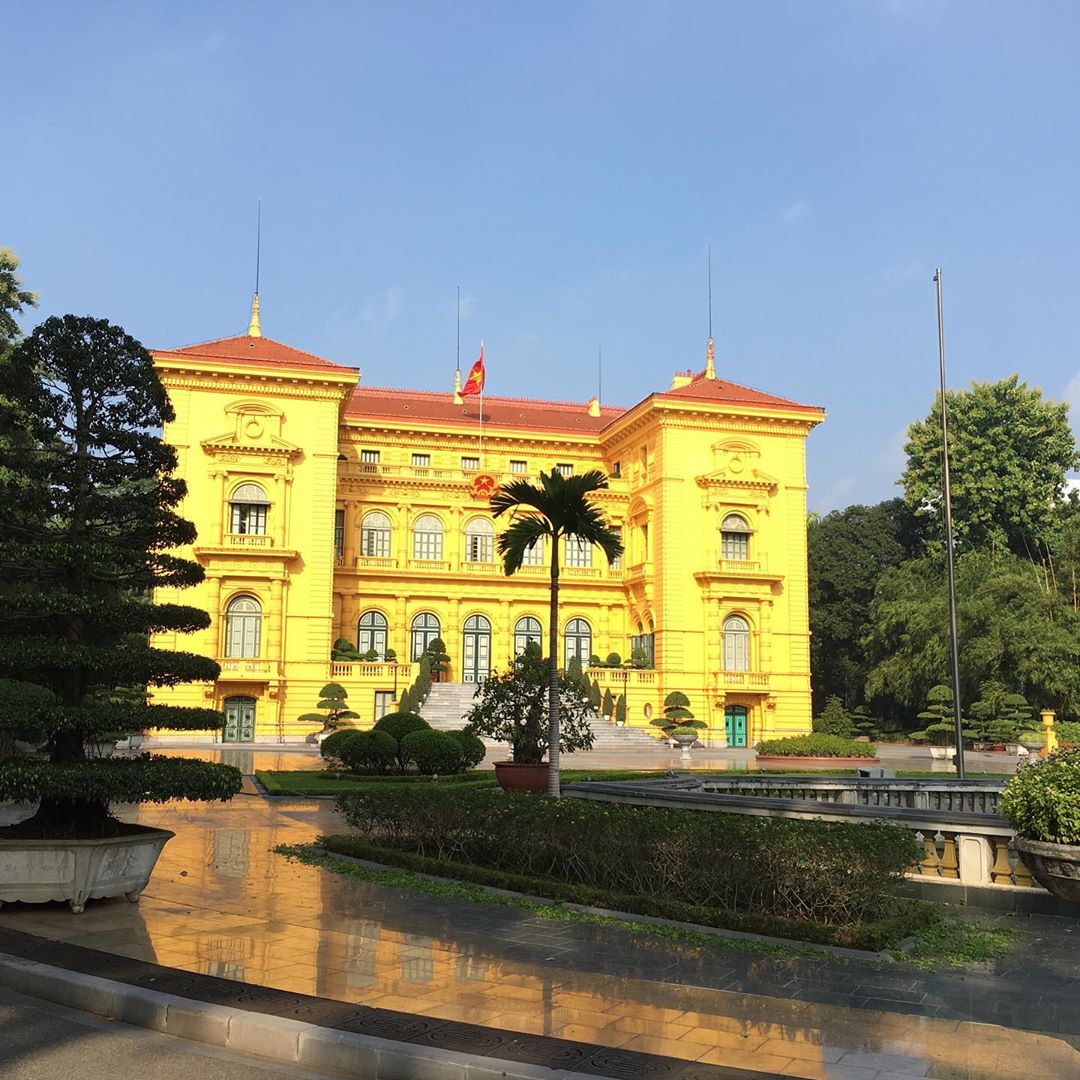 Constructed by a French company called Poinsard Veyret in 1980, Dong Xuan Market is one of the biggest markets in Hanoi as well as the largest market in the Old Quarter area.

The design of the market is relatively simple: its 6500 square meter area contains five blocks with domes of 52 meter length each and steel frame of 19 meter high. The front entrance owes its stunning look to French architecture, including five sculpted triangular arches arranged like a honeycomb and metal roofing

After the liberation of the capital, Dong Xuan Market remains its full usefulness and civil architecture to Hanoians and now is one of the most important clue markets of Hanoi. 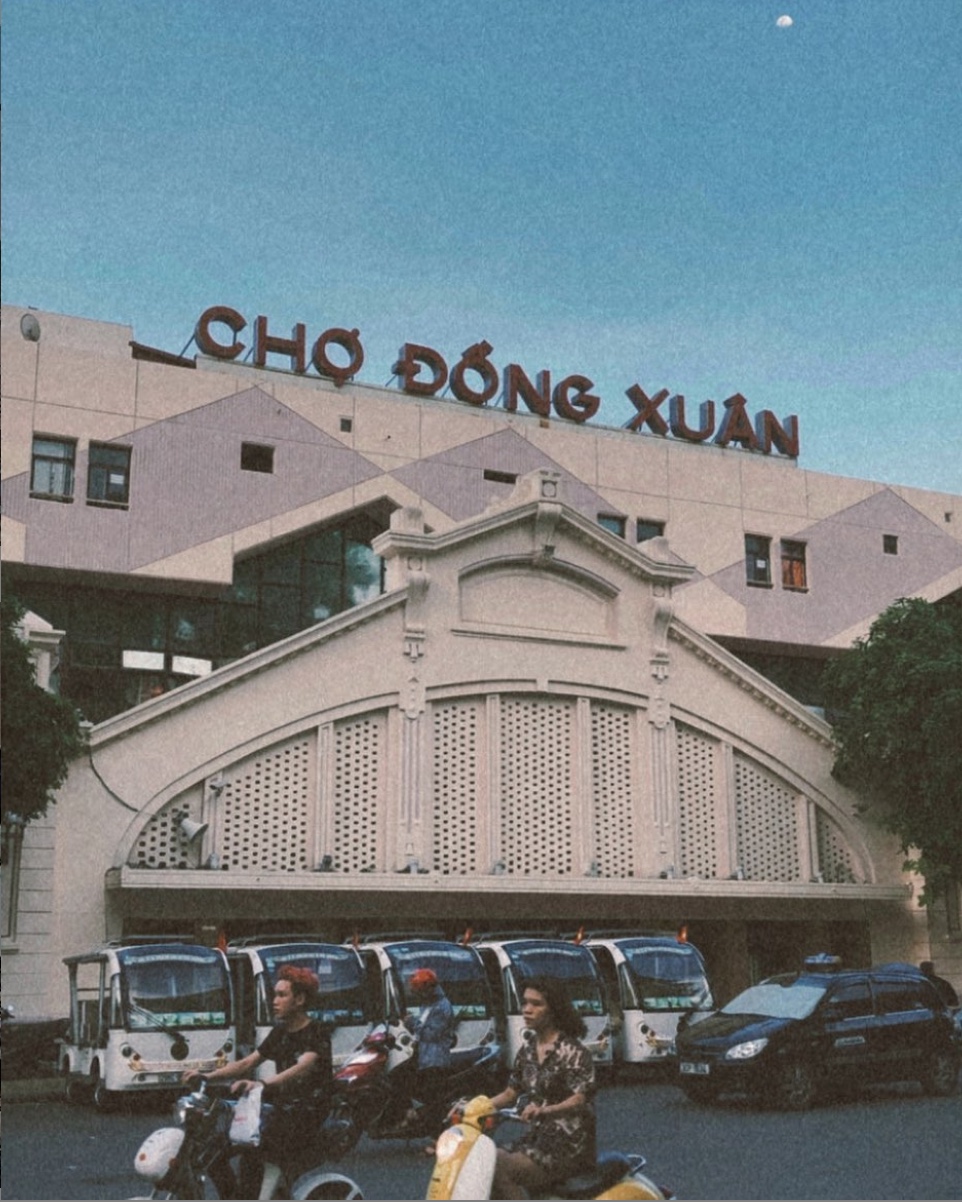 The church was built in 1886 following the Gothic architectural style of medieval Europe which was popular in the 12th century and the Renaissance.

Saint Joseph Cathedral much resembled the Notre Dame Cathedral Paris with curved domes toward the sky. The church has a length of 64.5 meter, width of 20.5 meter and two 31.5 meter high tower with massive stone pillars at the four corners. On the top of the church lies the huge stone cross. The church also owns a collection of western-made bells including four small and one very large bell which itself costs 20,000 francs to build at that time. It also has a giant clock which the alarm system linked to the five bells hanging on the two towers.

To this day, Saint Joseph Cathedral still holds several masses throughout the day and is usually crowded on weekends and religious holidays.

French architecture in Hanoi has become a heritage which both represents historic significance and combines harmonically with the traditional architectural elements of the urban landscape. It has played an important role in conceiving the beautiful image of Hanoi and creating an unforgettable impression on those who visit the thousand-year-old Ascending Dragon. 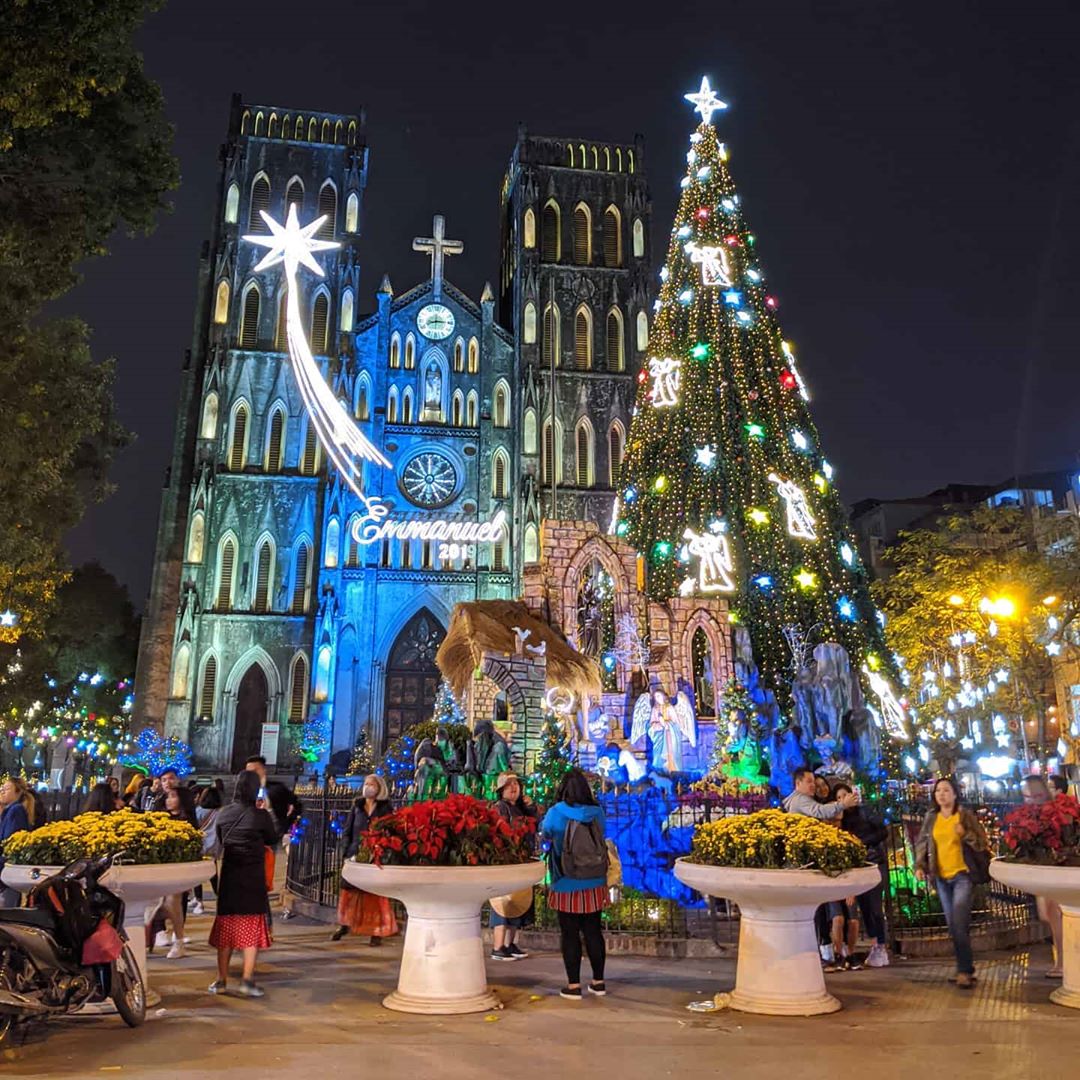