Great to know: we can eat like a king in Vietnam

The unique setting of the land has long allowed Vietnamese to craft many fine cuisines. Some of the food have that utmost honor above all else. Once meant for kings and queens, these dishes contain vast nutritious amount and exhibit extremely fine exquisite tastes. These were once themselves the royalties of Vietnamese food. Following are the 10 most outstanding of such food.

Being the homeland of the Ly dynasty, Dinh Bang (which belongs to Tu Son, Bac Ninh province) is often seen as a royal origin. This is also where one such specialty comes from. The husband-and-wife pies later on follow the royal families to the new capital of Hue. As the name suggests, these don’t come as individuals but in pair. Wrapped in dried banana leaves, the yellow pies shine brightly in contrast with the brown of the leaves. The rice in turn wraps around a core of a mixture of finely grinded green beans, sugar, and sometimes coconut shreds. Its sweetness is meant to symbolize the love of the couple. 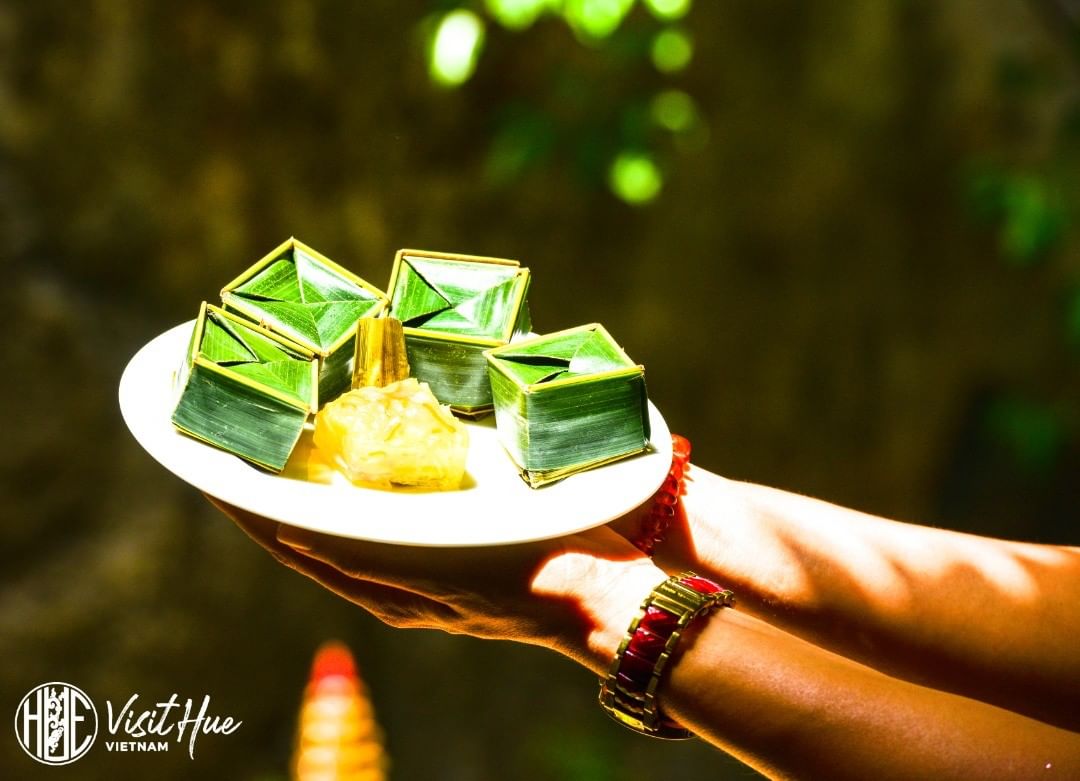 The Eurasian coot once was a staple in the menu of Vietnamese royalties, and had earned its name in the old Hanoian verse “Pickle of La, basil of Lang, ngo (rice paddy herb) of Dam, tilapia of Dam Set and coot of West lake”. Folk tale has that while these birds are migrating to their winter homes, they stop at high peaks in China and Korea, dig out and consume the precious ginseng, hence the name “sam cam”, which literally translates to “ginseng bird”. For such reason, these coots are believed to be an extremely healthy food. It is also a favorite of the Emperor Tu Duc. Rumor has that the village of Nghi Tam, which resides next to the famous lake where the birds stay during the winter, must pay a tribune of 40-50 coots every year to the Emperor, or face severe punishment. These birds have been hunted intensively in Vietnam, and it is difficult to catch sight of one these days. 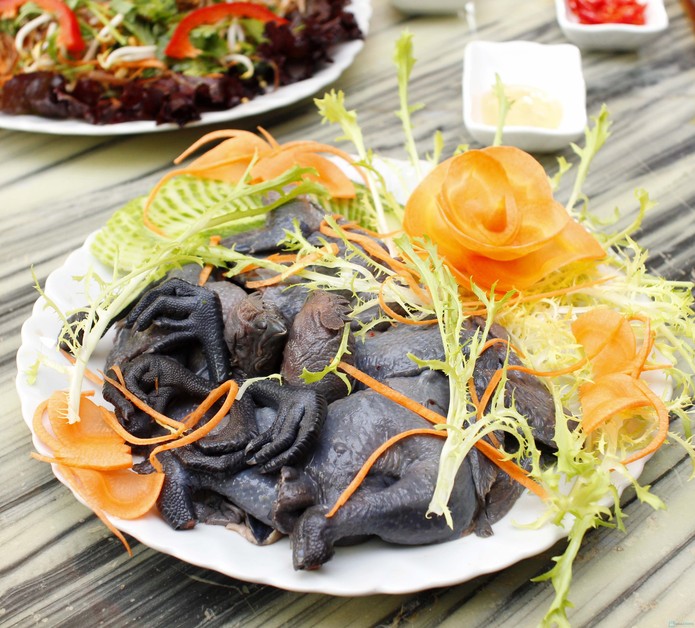 If coot is the pride of the west lake residents, anh vu carp is the trademark of the Bach Hac confluence (in Viet Tri, Phu Tho province). Its meat is firm, white and tasty. The most notable feature of the fish is the lips, which are adjoined with the mutated whiskers. Both its meat and especially the lips are highly prized and the fish is said to taste better than any other freshwater one. Much like the ill-fated coot, it is unlikely that one will get to eat the royal carp in present day Vietnam. 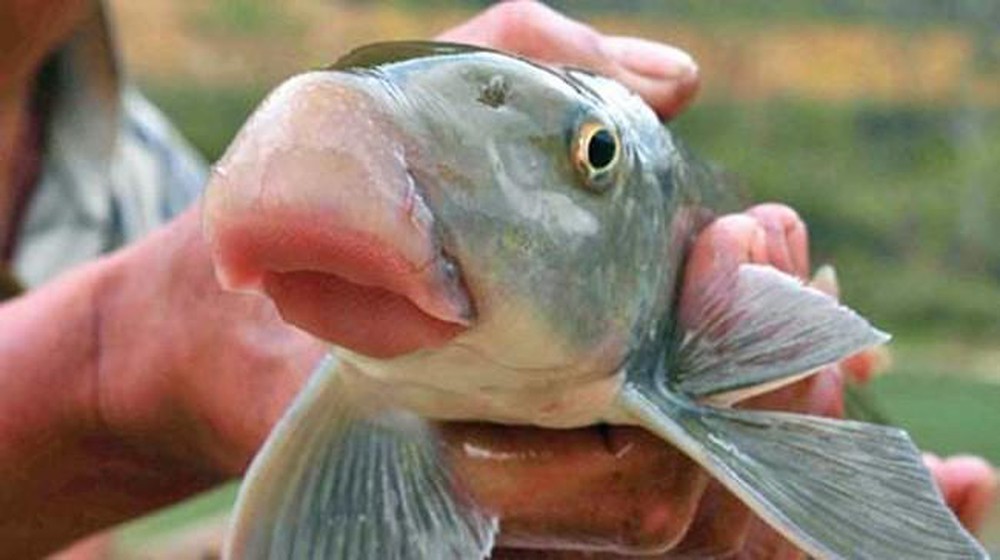 One would wonder what dessert is worthy of the royal family. Among the kings’ personal picks would be lotus seed longan. The longan that is used for the king’s dinner comes specifically from the town of Hien in Hung Yen province, which has a distinctive and elegant aroma, a thick, juicy and firm meat that is often sweeter than any other elsewhere. The longan is still highly sought after today and commands a premium price. 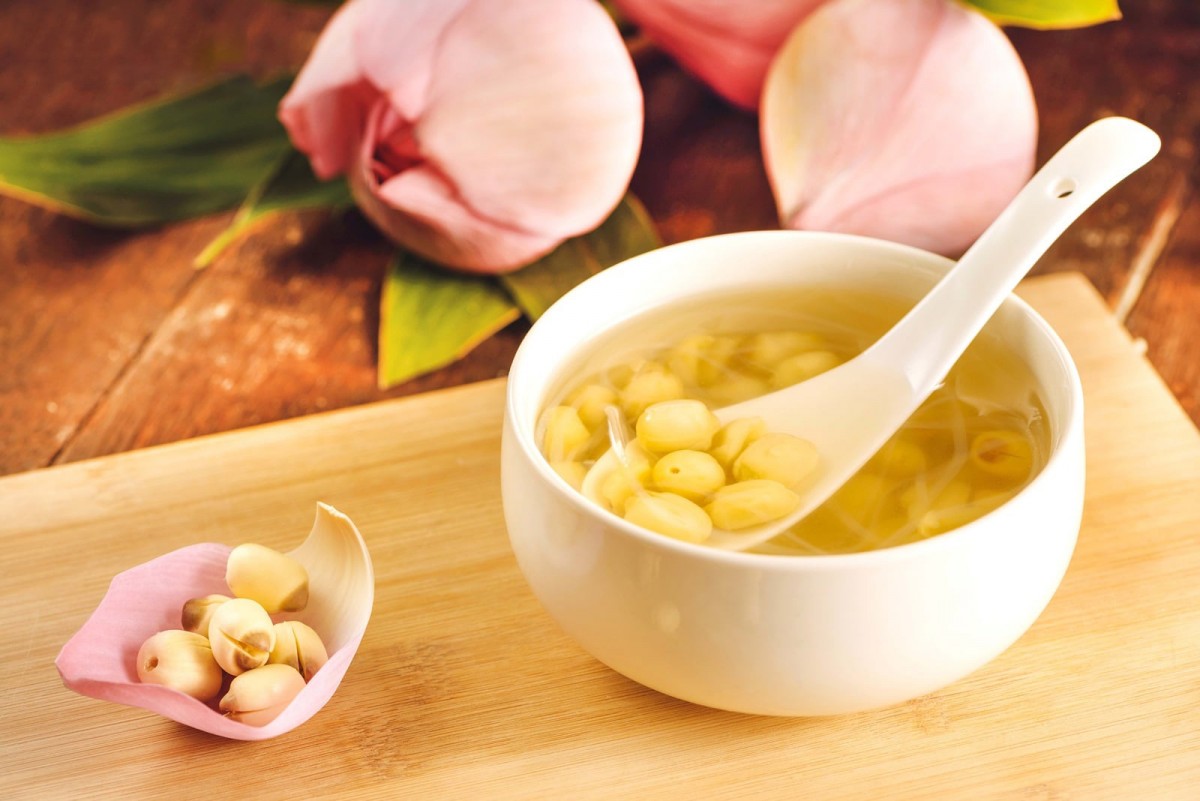 Hung Yen also has another specialty besides its beloved longan. The Dong Cao chicken is a unique species that for some reason the purebred only resides in the district of Khoai Chau. It is called “elephant footed” bird, perhaps not surprisingly considering it has a gigantic pair of walkers. The bird is tough, strong and comes on the heavy side, often reaching as much as the turkey’s realm of 15lbs. It is rather very difficult to raise, requiring intensive care from knowledgeable farmers. The meat, on the contrary with other birds, gets better as the chicken ages and possesses a highly unique and favorable taste. The menu is very typical, with the exception of the proudly titled “dragon slow cooked with herb”, with “dragon’s meat” is indeed the giant walkers. The bird has been cross bred throughout to improve others, and purebred is very rare these days. Owners often refuse to sell them and some are rumored to have built underground pens for their beloved chickens to keep them when the flu hits. 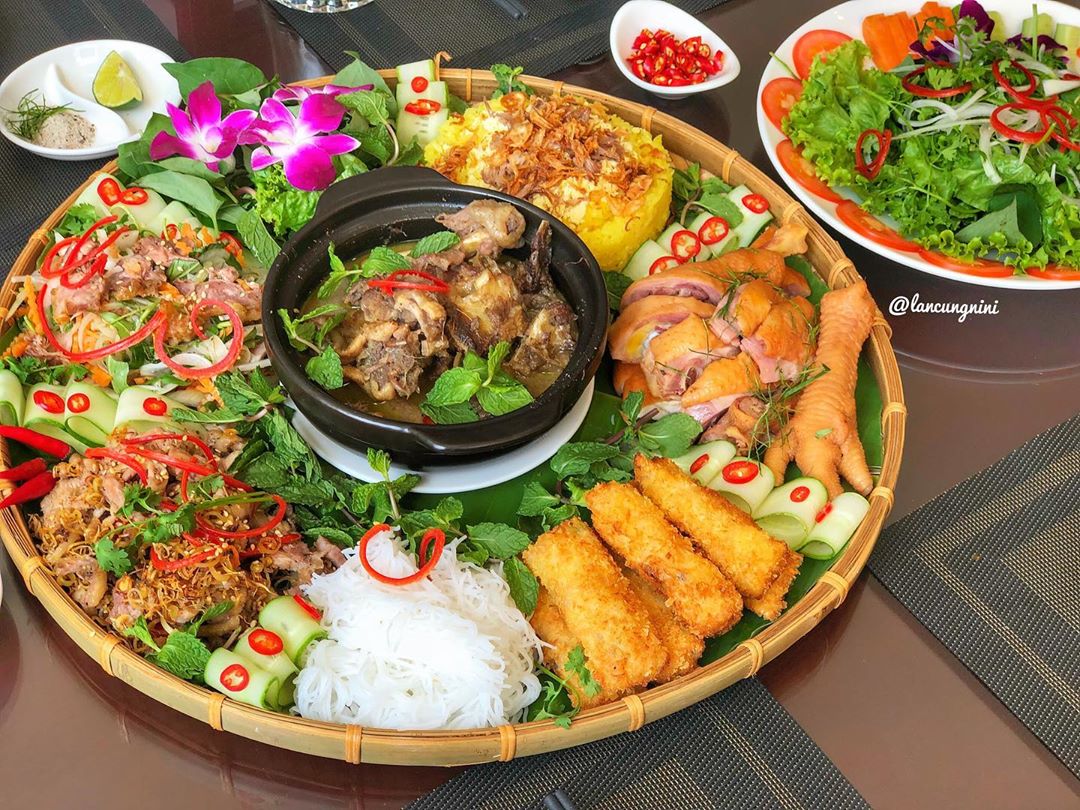 In the time of the Tran dynasty, which many historians refer as the most glorious time in the history of Vietnam, many high officials and royal family members come from Nam Dinh province. To pay tribute to the wise and benevolent rulers, the people of Nam Dinh have come up with a unique gift that is Ngu banana. Still available today, the fruit is rather tiny, has a silky smooth yellow skin, a pleasant aroma and a seducing sweetness onto them. Adaptability has proven futile, for somehow the banana only yields to the love of the homeland of Tran kings. 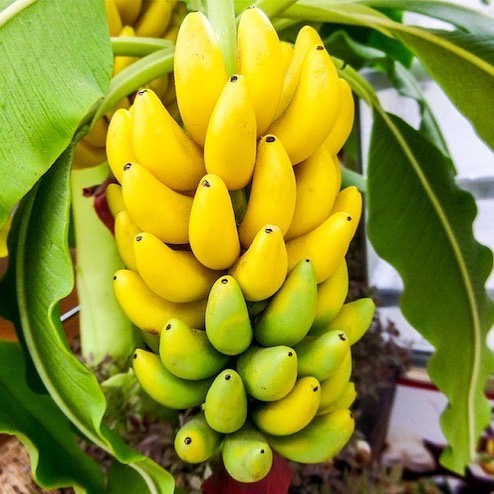 Early green rice, or com, of Vong is another specialty of Thang Long, which has already been around for over 1000 years. It is first tributed to the Ly emperors. Today, most can catch a com snack at street vendors in the old quarter of Hanoi every fall. Locals can chose to eat com just by itself, with banana or make a type of sticky rice. It is also the main ingredient of the famous Hang Than “com” pie. 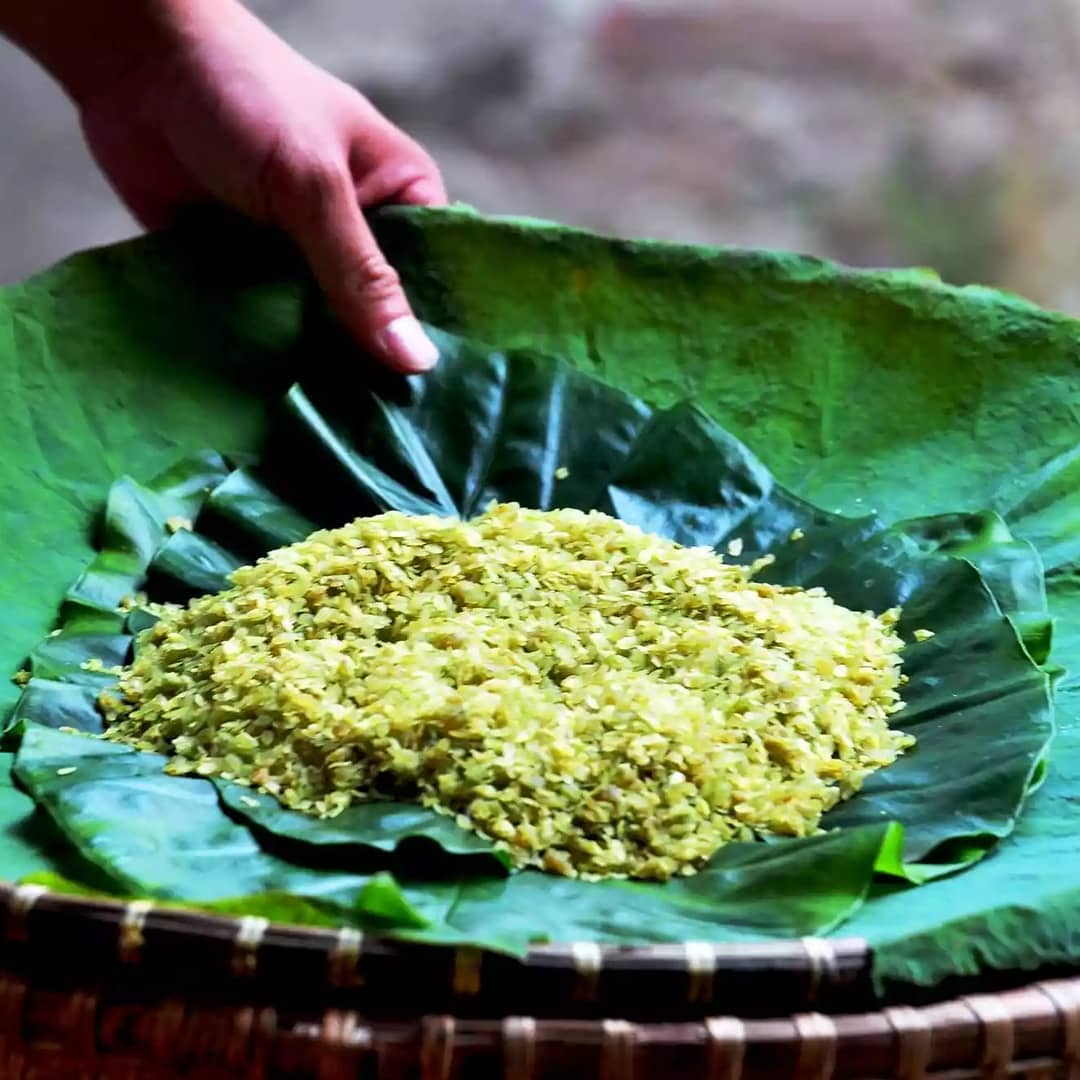 Shrimp paste is a delicacy of the lowland and once often sent as tribute to the king. To make this fine rare sauce, local officials often have to dispatch men to the Gia Gia area of Co Dam village (present day Bim Son) to fish for a specific type of small shrimp, which comes in the color of bluish pale grey. The cook is carefully selected among the bests in the area. Once finished the paste has a faint yellow shine and as thick as good honey. The food does not survive until this day. 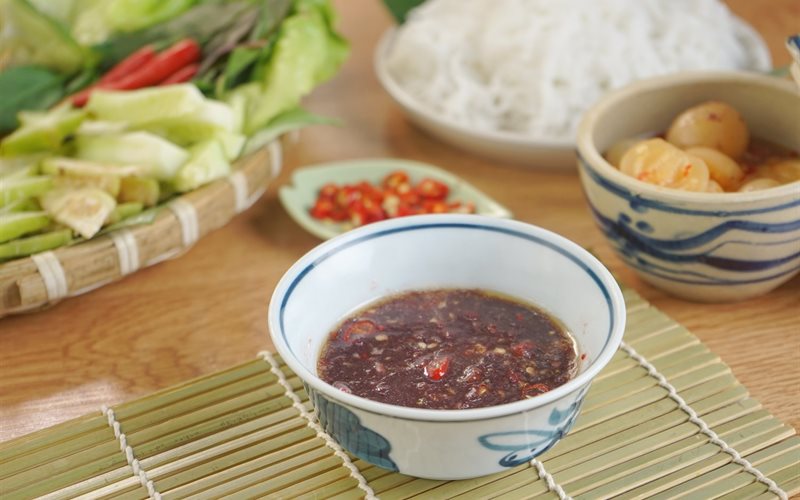 Being a peasant’s food, water spinach is an unlikely candidate for the king’s menu. However, the fine spinach of Linh Chieu area (Phuc Tho district, Hanoi) was once a favorite of palace diners, with its soft texture and delicate taste. It was indeed called the king’s spinach. To maintain its famous characteristics, the vegetable is raised with a great deal of effort and care: farmers have to cultivate near the soft-soiled bank of Red river to make use of the constant flow and for the plant to take in the alluvium. With so much effort going into raising an often-considered inexpensive type of vegetable, these days the plant is hard to come by. 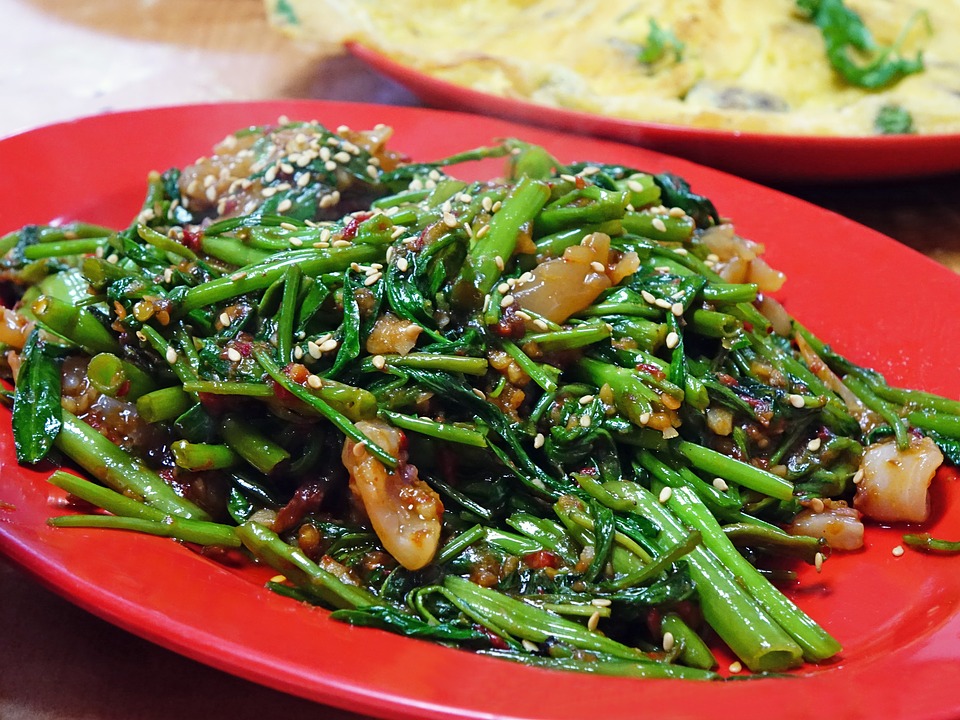 Created from the saliva of the swallow, the bird nest is one unique delicacy which has a favorable taste and high nutrition value. Nests have often been harvested from the offshore islands of Khanh Hoa province. This is once reserved for the absolute majesties only, for they are extremely difficult to harvest in vast amount and the job is a highly dangerous one. These days the delicacy has somehow come closer to the enjoyment of the mass, since natives have learnt to farm the birds. 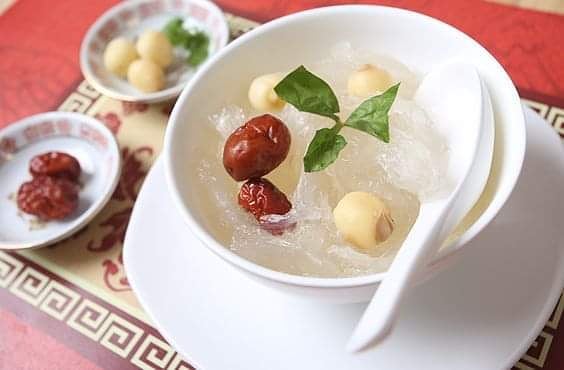