In spite of being a predominantly Buddhist country, Christmas in Vietnam is still one of the four main annual religious festivals including the Lunar New Year, the mid-autumn festival, Buddha’s birthday.

Although a predominantly Buddhist country, Christmas in Vietnam is still one of the four main annual religious festivals including the Lunar New Year, the mid-autumn festival, Buddha’s birthday. Christmas in Vietnam is a huge event and Christmas Eve, which is regarded as more important than Christmas Day in Vietnam, is a grand party when the fun-loving and sociable Vietnamese, whether being a Christian or not, celebrate with gusto.

Decorations are set up during December with a big nativity crib scene or 'creche' with life-sized statues of Mary, Joseph, baby Jesus, the shepherds and animals from almost every major churches such as the Notre Dame Cathedral in Ho Chi Minh City or Saint Joseph Cathedral (the Big Church) in Hanoi. There are also sparkling lighting decorations on trees on the streets and in front of houses, turning particular places into Christmas area. Usually the shops will have their signs advertising sales for Christmas seasons, and in Hanoi the piercing cold is a wonderful chance for people to get dressed up. 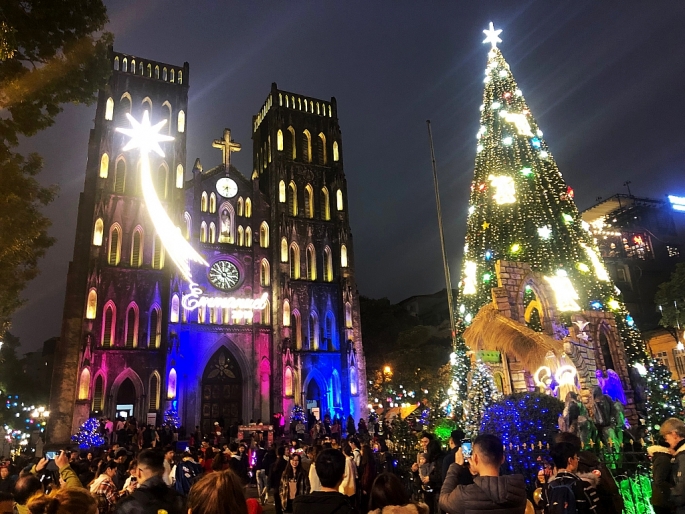 On Christmas Eve, the Christians in Vietnam usually attend a Midnight Mass as in the western world, and then return home to a spectacular Christmas dinner with chicken soup, the well-heeled tuck replacing the turkey and Christmas pudding. The family would gather together, pray for blessings and practice the Yuletide spirit of giving and sharing.

In Ho Chi Minh City and Hanoi, people tend to gather at the city center where the cathedral stands and cars are not allowed. Children in Vietnam are greatly excited because they believe in Santa Clause and put their shoes in front of their doors on Christmas Eve, expecting to have their shoes stuffed in with goodies from Santa’s bulging sack on the morning of 25th December. 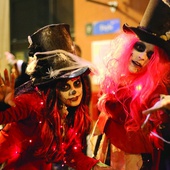 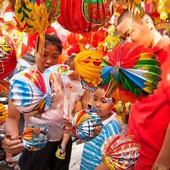