With an aim to make Vietnam enterprises more competitive and Vietnam business environment more inviting, the standard CIT rate was reduced from 28% to 25%.

The Law on Corporate Income Tax (CIT) was amended and introduced on June 2008 and took effect from 1st January 2009. The most significant change could be the scope of application; individuals who do business are not subject to the Law on CIT but the Law on Personal Income Tax. That is to say, the amended CIT Law only applies to taxpayers who operate in a corporate form.

With an aim to make Vietnam enterprises more competitive and Vietnam business environment more inviting, the standard CIT rate was reduced from 28% to 25%. However, there are two exceptions.

Firstly, regarding activities of investigating, exploring and exploiting petroleum and other rare and precious natural resources in Vietnam, the CIT rate shall be from 32% to 50%, which are decided specifically by the Prime Minister of the Government.

Secondly, taxpayers exposed to preferential tax rates are subject to tax rates different from the standard rate. More specifically, when it comes to tax incentives, the incentives proposed by the new Law are less favorable and narrower in their scope of application than those under the 2001 Law. There are only two preferential tax rates, namely 10% and 20% while the previous Law offered three tax rates, including 10%, 15%, and 20%.

The 10% rate applies for 15 years, to newly born enterprises established from investment projects in areas with especially difficult socio-economic conditions while the 20% rate applies to those operating in areas with difficult socio-economic conditions. In addition, enterprises operating in the socialization sector, namely education and training, occupational or vocational training, medical health care, culture, sport and the environment are exposed to the only 10% tax rate.

Regarding foreign enterprises, any enterprise established and operating in accordance with the Law on Foreign Investment in Vietnam is subject to this Law. 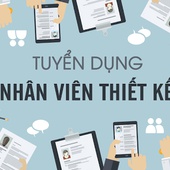 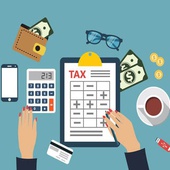