Saigon Notre-Dame Cathedral is located in the downtown of Ho Chi Minh City. It was constructed between 1863 and 1880 by the French, and reaches a height of up to 60 meters.

Ask any local people about the location of the city’s center or its symbol, the answer would definitely be Ben Thanh Market or Saigon Notre Dame Cathedral (officially Basilica of Our Lady of The Immaculate Conception).

Saigon Notre Dame Catheral is a must-visit attraction, not only by its importance but also by its obvious presence as you set foot in Ho Chi Minh City. 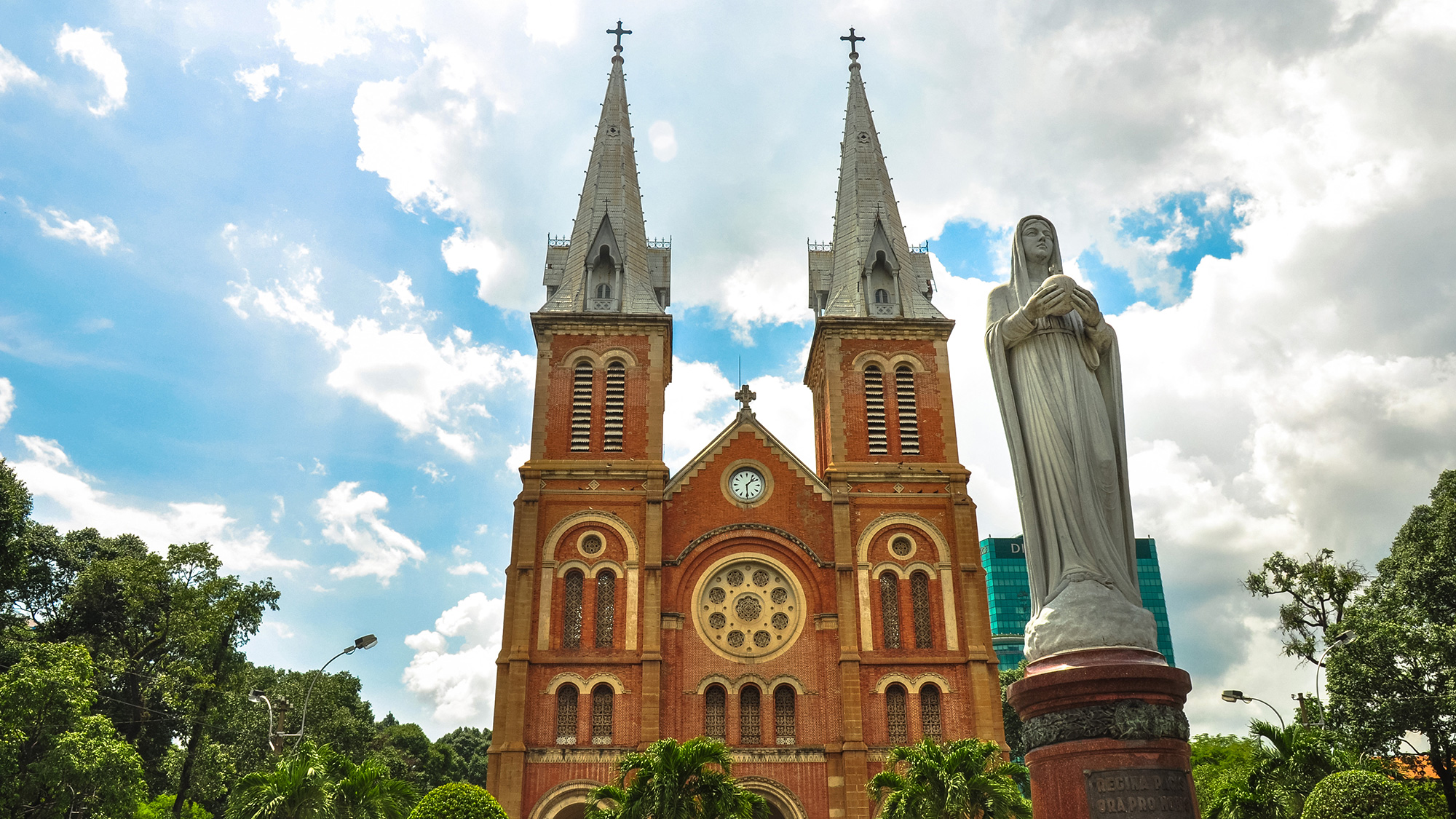 The Cathedral is the mother church of the Archdiocese of Saigon, and is where the chair of the Archbishop of Saigon, who has a strong influence on the religious life of Catholic adherents in the south of Vietnam, is located. Since it is located right next to the Saigon Central Post Office, it is recommended that you visit these two attractions and the nearby Independence Palace at the same time.

This church was crowned the Basilica title in 1962 and is one of the only four Basilicas in Vietnam for its important role in the Vietnamese Catholic community. The construction work of this Basilica began in 1877 and lasted for three years under the supervision of J. Bourad, who was the designer of this building. The inauguration mass of the cathedral took place on April 11, 1880. The most special thing about this church is that it has a diverse system of stained-glass windows depicting Saints and stories in the Bible. In addition, it is one of the few churches in Vietnam that has a real pipe organ, which is deemed the king of instruments. However, it has been severely damaged and can no longer be used and has been replaced by an electronic pipe organ produced by Rodgers.

Outside the main building lies a small garden that has the statue of Mary - Queen of Peace. This statue, which is made from marble, was completed by the Italian Sculptor G. Ciocchetti in 1959. Please note that the church is undergoing a major restoration and entries outside of mass times are not allowed. 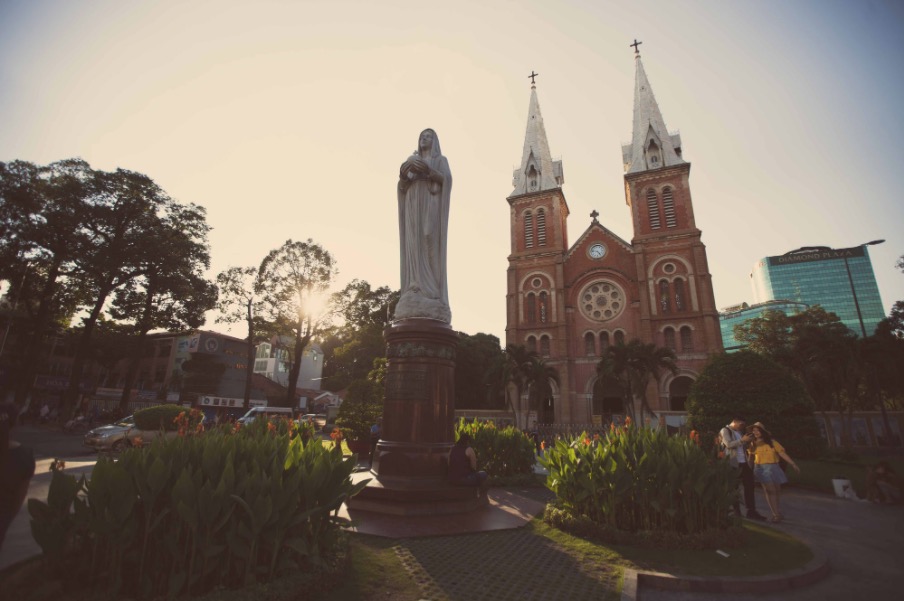 Its design, apart from the intention to create a religious look, aims at showing the influence of French civilization and Christianity over Saigon. At the time it was built, the Basilica was the most beautiful cathedral of this kind amongst all French colonies. All the materials were directly imported from France like red bricks of the outside walls, which retain their bright and lively red color until today. To people’s amazement, the two bell towers, each with the height of 60.5m and 6 bronze bells have just been added in 1895.

The Reminiscent of An Ancient Charming Saigon

In front of the cathedral stands a Virgin Mary statue, which is said to have shed tears in 2005, causing thousands of people to stop around the Basilica. Amidst an active and continuously moving Saigon today, the French-influenced design of Saigon Notre Dame Cathedral still acts as a stop for people who seek for old beauties and calmness. Not only followers keep praying under candle lights in front of Virgin Mary statue everyday but tourists and local people also come there to discover the true soul of the city. The cathedral looks most beautiful in daylight, together with the smiles of couples coming to take photograph and record movies, especially for wedding. 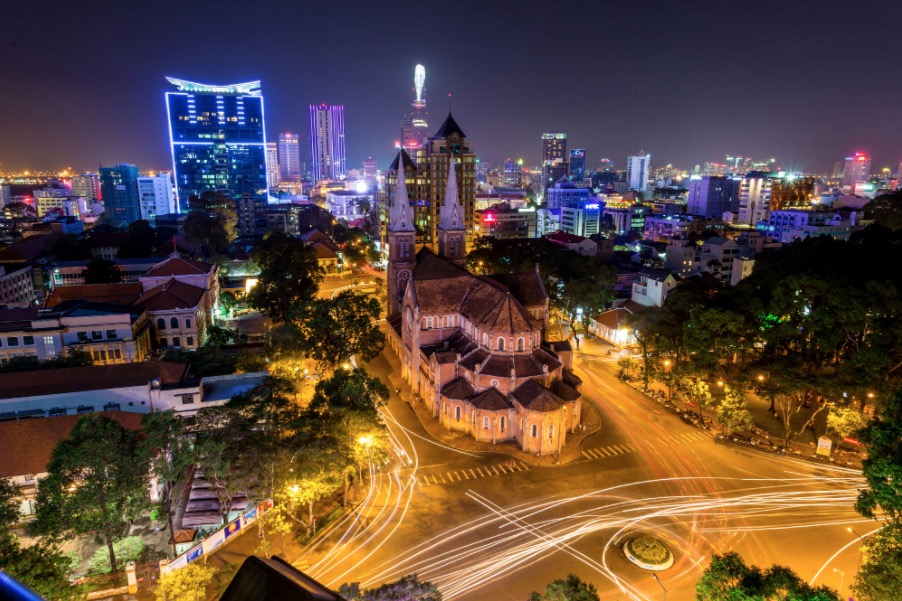