Hang Nga guesthouse, also known as the “Crazy House,” is a piece of artwork that really surpasses the limit of people’s imagination.

Dalat has the power to not only romanticize but also inspire people to go beyond their limits. Designed by Vietnamese architect and impressionist Dang Viet Nga, this extraordinary building of non-rectilinear shapes has appeared in many international architectural journals and finally made its way to the list of the world’s ten most creative buildings (according to the Chinese People’s Daily). 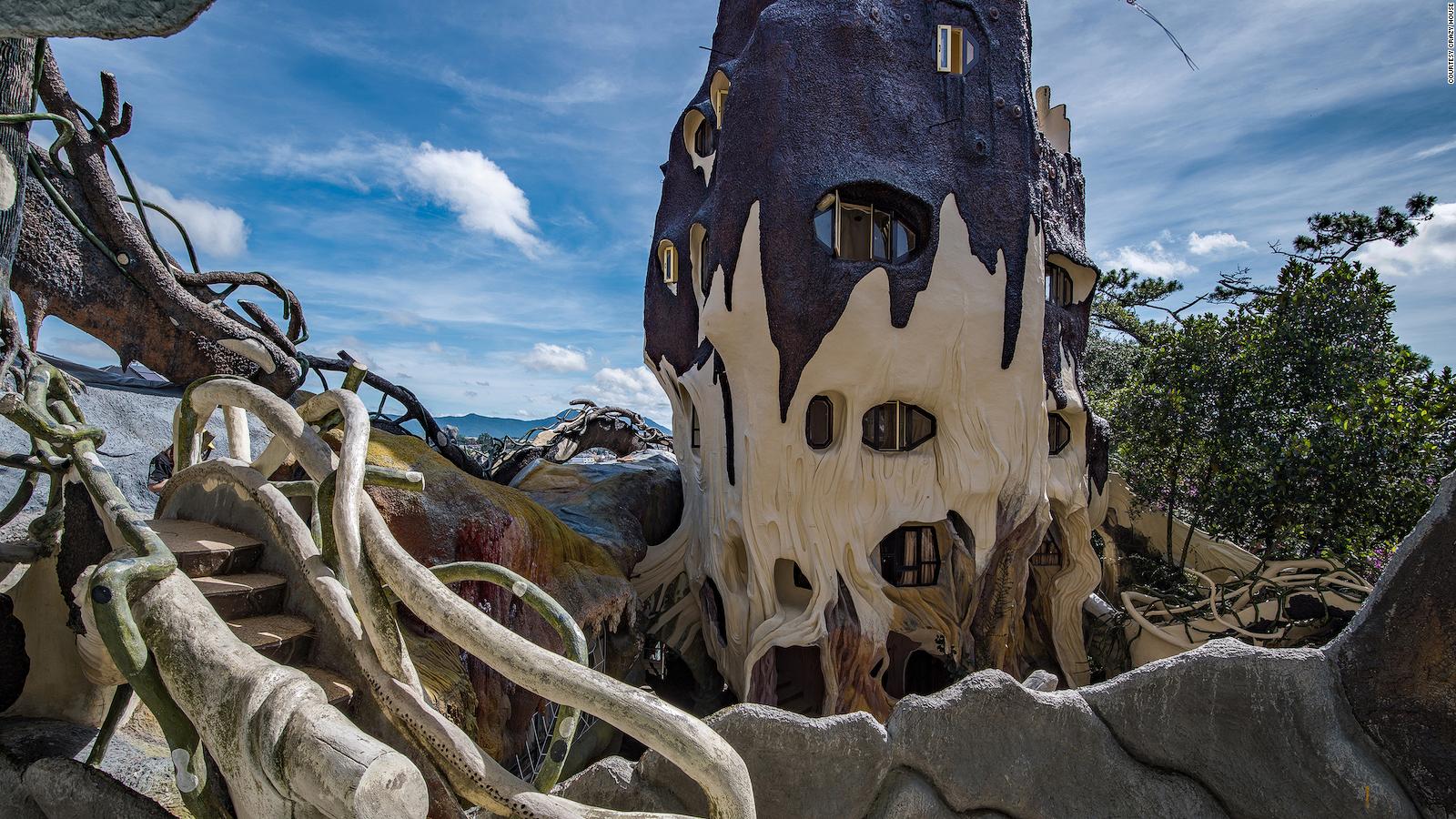 The house is located at 3 Huynh Thuc Khang St., Ward 3, Dalat City, covering an area approximately 1,600m2. Stemming from the need to build something completely on her own, Architect Nga's house was started constructing in 1990. The construction as well as the process of claiming for possession of this house are both long stories. Started from scratch, there was time that Ms. Nga was on the verge of bankruptcy when all banks refused to lend her. It was at this point that she came up with the idea of selling tickets for tourists visiting the house. Moreover, after 18 continuous years and 6 times filing, she has been given the possession of this house, as well as its recognition as a piece of art. Still, she doesn't want to relax at all but is going to add up more constructions, such as a communal house inside the existing area.

As the intention of the architect is to make a fairy tale house, the “crazy house” resembles a tree with uneven windows, tunnel-shaped stairways, etc. Both the exterior and the interior of the guesthouse are created and decorated with twisting organic forms and very few right angles. The hollow “tree” extends in many directions, rising above to reach to the sky of the amazing Dalat. Walking along the cave-shape hallways inside the house is not simply a visit but an exhilarating experience, a departure from the norm; wild mushrooms and spider webs popping up on your way is not unusual. Besides, the guesthouse is really a spectacular construction with ten themed guest rooms such as the tiger room, the eagle room, the ant room and the kangaroo room…, with decorations and handcrafted furniture matching the theme. According to Viet Nga, each room has its own meaning: the tiger room refers to the Chinese; the eagle room describes the American; and the ant room represents the Vietnamese, etc. 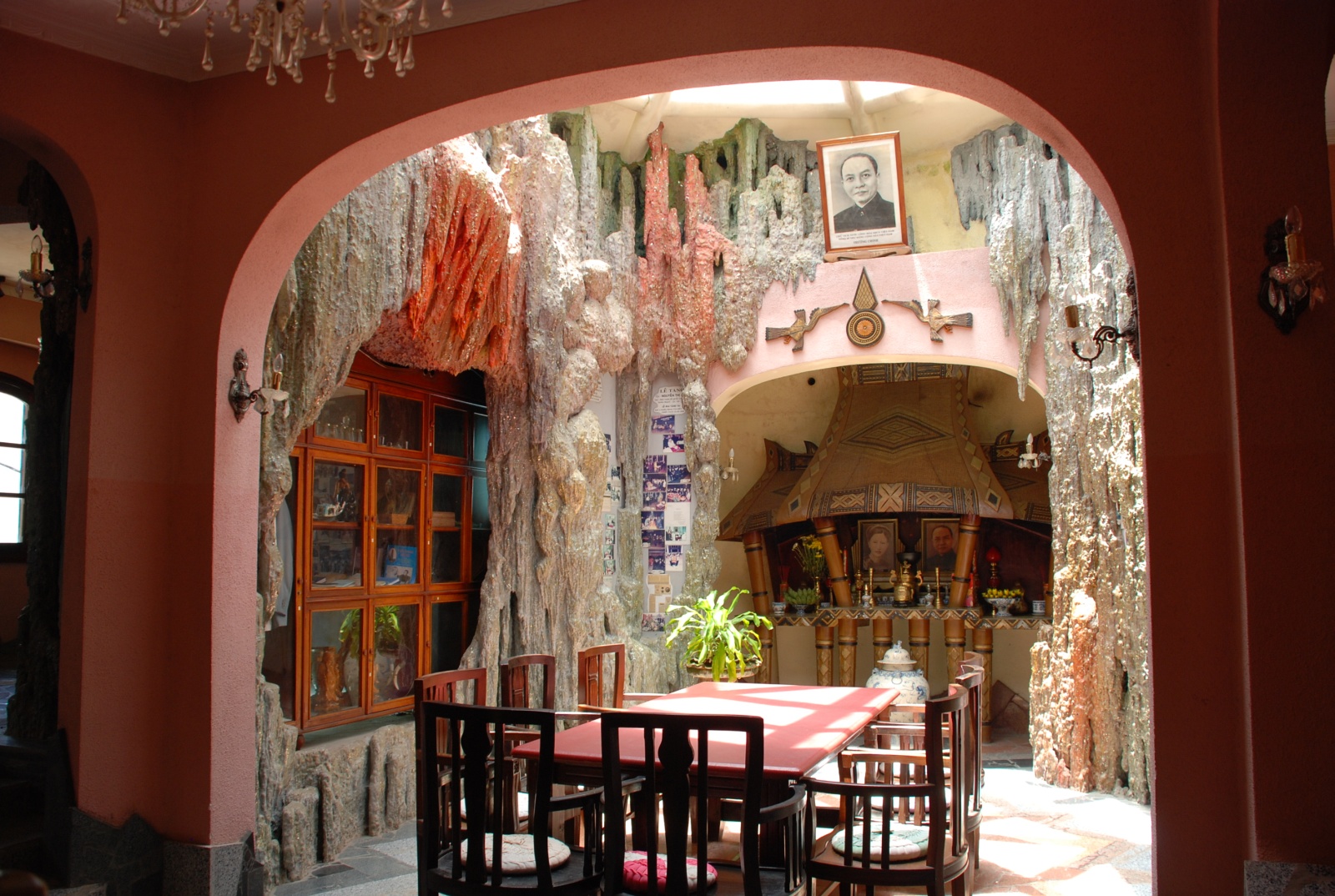 Even though it is theoretically a hotel, Hang Nga Guesthouse is today regarded as a “museum” of dream, childhood, abnormality, etc. Everyone has their own interpretation of the house, as well as their own experience but all of them agree on one thing: the guesthouse is so pure and natural that they were once again lost in their childhood dream. 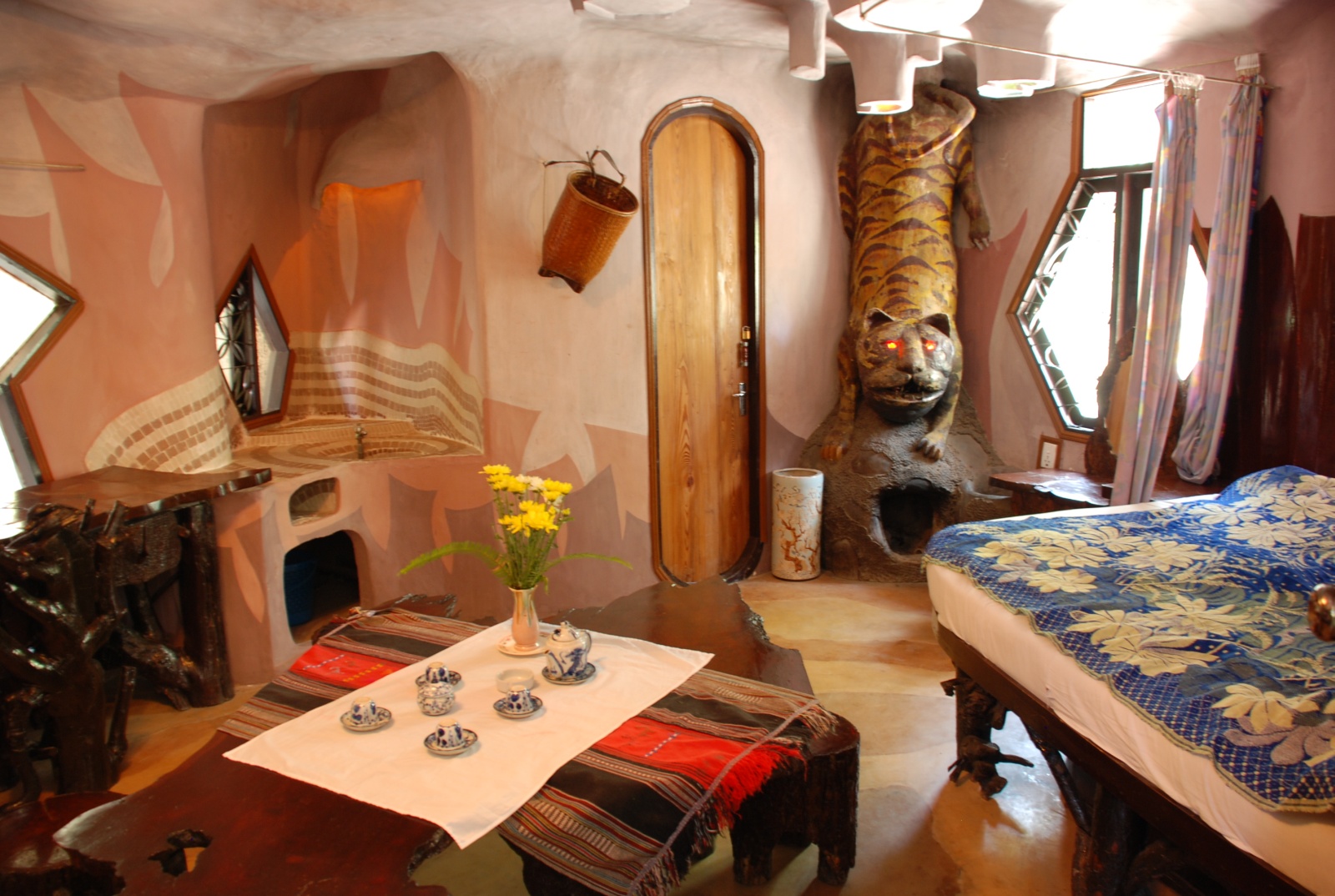 For a small fee of VND 20,000, tourists can visit the house as a museum of contemporary architecture which is nowhere else to be find in the world