Among the many bridges that merits celebration in Vietnam, Danang Golden Bridge is probably the most recognizable one. Its unique design resembling lifted by two giant hands and the golden yellow hue of this pedestrian bridge make it both photo perfect and a great place for sightseeing.

Danang Golden Bridge perches on a prime location inside the Ba Na Hills, a fascinating entertainment and tourism complex of Danang City. At the height of 1400m above sea level, the bridge is a masterpiece with golden-hue gilded railing frames and a winding shape (stretching 150m in length).

The Golden Bridge was newly-built and has become a new symbol of Danang since 2018. The bridge also makes its name on the global stage with thousands of international tourists flocking there to check-in Vietnam's most famous bridge. What's more, its impressive architecture has inspired many structures over the world to model after.

Since its establishment, the Golden Bridge has become a host for many important events like the fashion show of Fashion Voyage. 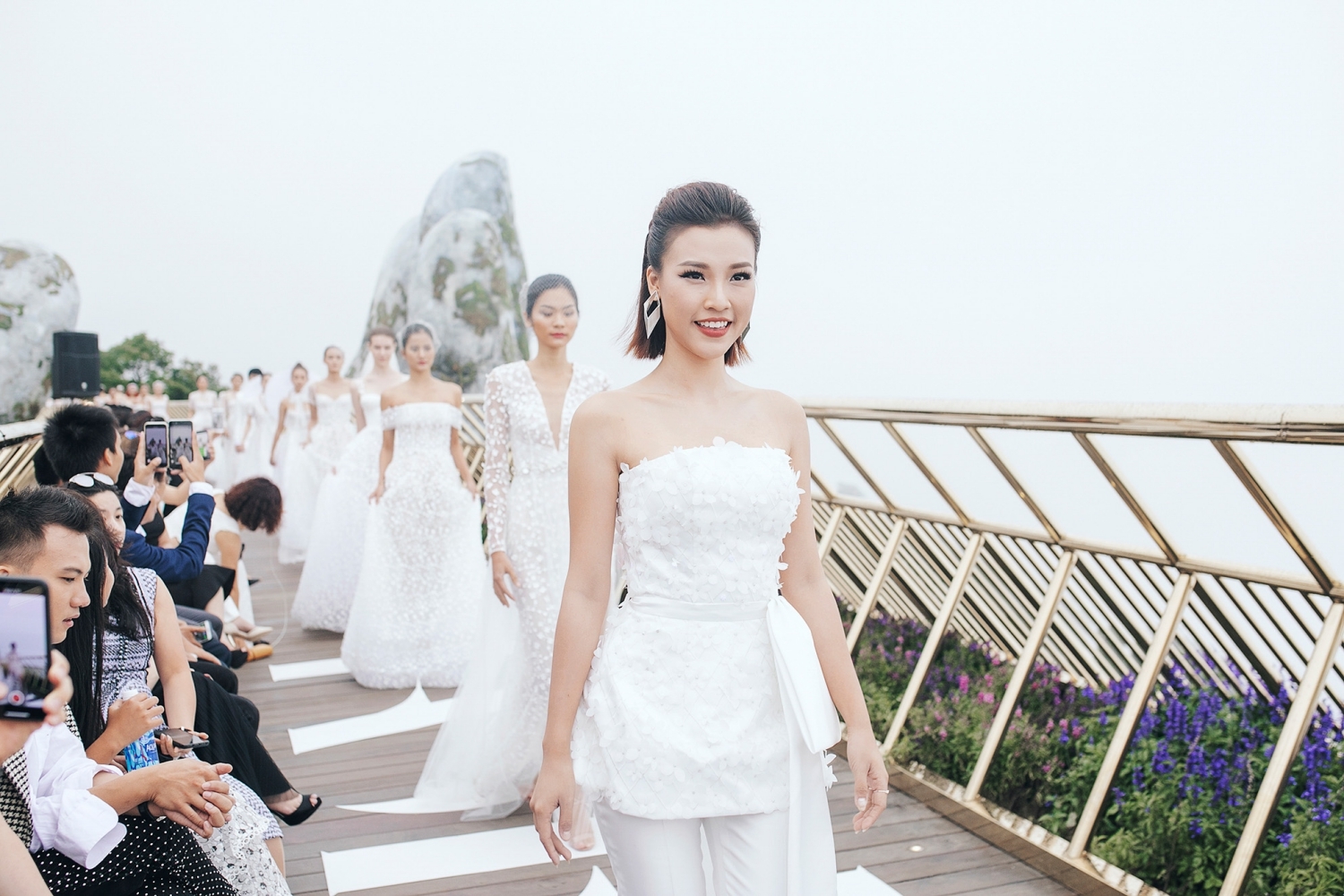 Being one of the best places for photo-shoots in Vietnam, you will see a lot of FlyCams in the sky and dozens of travel bloggers, celebrities, or simply couples taking beautiful panoramic photos at this bridge every day. Many of them have become famous and inspiring on the social network. The picture of Golden Bridge photographed by Tran Tuan Viet won the Agora's architecture 2020 contest. 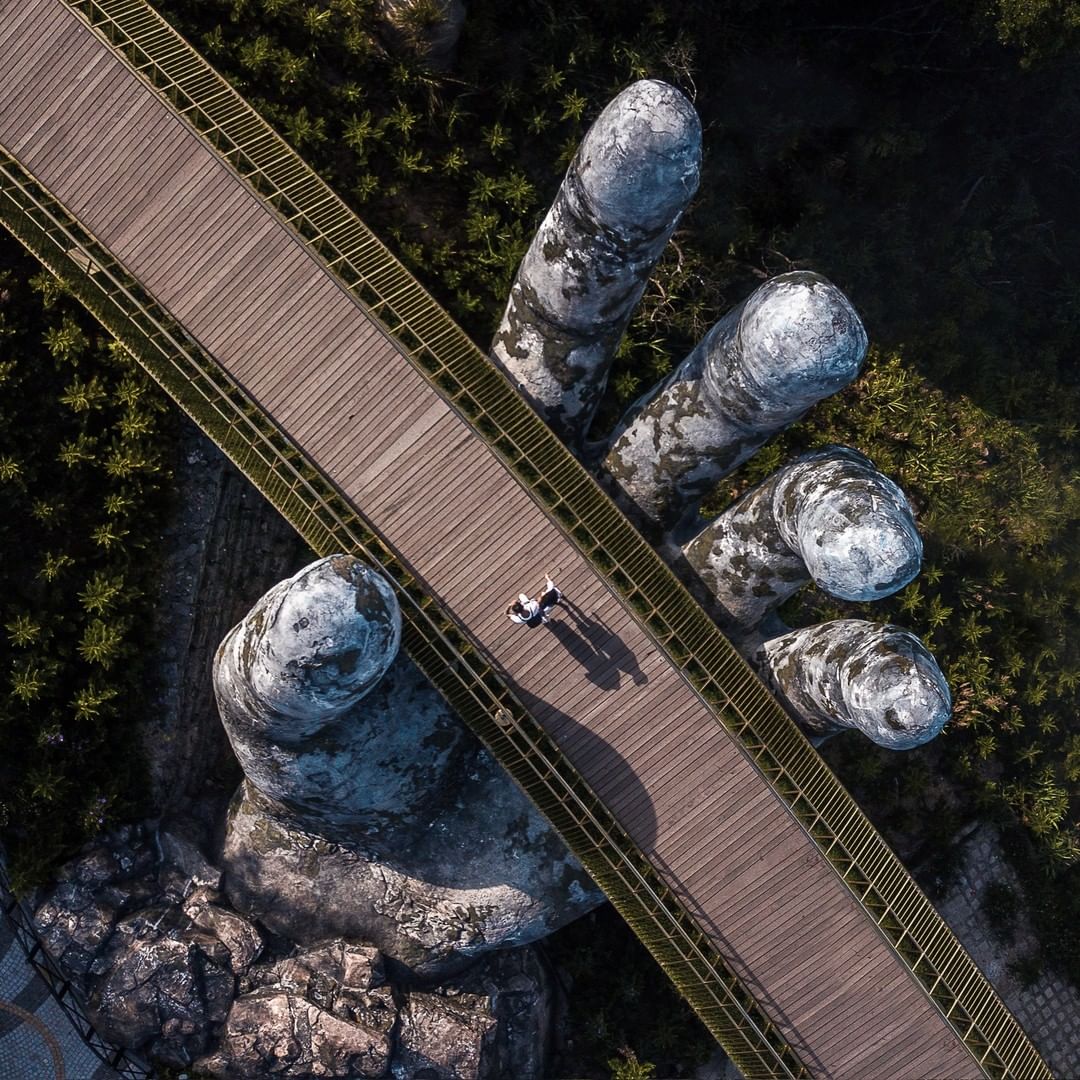 The meaning of Golden Bridge

Golden Bridge is "Cau Vang" in Vietnamese. The yellow-hued bridge is supported by two gigantic hands just like the hands of God. This symbolizes a mystery of nature as God is carrying the gift from the ground.

Weather and Best Time To Visit

Perched on a high mountain range, about 1400m above sea level, the weather on Golden Bridge is cool and temperate all-year-round. It can be mist and foggy during the rainy season. As you absolutely want to check-in the iconic bridge in the clear skies, attempt to visit between March and September. In which, June to August is the warmest time and also the peak tourist season.

Sun World Ba Na Hills is an exotic theme park with lots of recreational amenities perched on a high mountain (1487m above the sea level) in the outskirts.

Driving 9km south of Danang city center on the famous beachfront boulevard Truong Sa, travelers can find one of the most popular attractions of the region, the Marble mountains. It is a group of five marble and limestone mountains, named after the five elements of the ancient oriental philosophy: metal, wood, water, fire and earth. 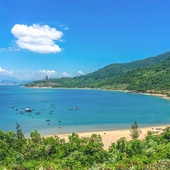 Only 13 km away from the center of Da Nang City, Son Tra Peninsula belongs to Son Tra District. This is a typical Vietnam tourism magnet along the coastline: fantastic, untouched natural scene with transparent sea, white sand, and mysterious primitive jungle with a vast diversity of plants and animals.