The rain festival (Palau Sah) is one of the most important events in the traditional culture of the Cham people. The festival is organized on May 16 (Lunar Calendar) in the Champa Towers and estuaries such as My Tan, Lam Ngu and Ca Na. This festival is often led by the Cham shamans or dignitaries with the main purpose of worshiping the agricultural gods in the Cham culture as well as to pray for rain and bumper crops. Consequently, this special festival is also held when there are drought or loss of crops. In addition, this event enhances the solidarity of the Cham people in this area, mostly between the Cham Ahier (Brahmin religion) and the Cham Awai (Islam religion). 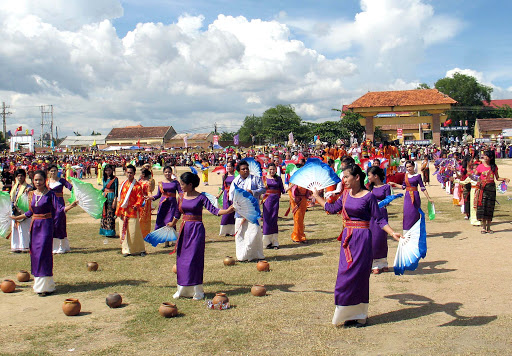 The Palau Sah Rain Festival consists of four major small rites. The first one is Rija Harei or The Day Dancing Rite. This rite is held in a simple church that is made from bamboo, and people sing about their gods and dance to support the songs. The second rite is called Rija Dayuap or The Night Worship Rite. On this rite, the local people prepare some food and drinks and summon their gods to come and witness their hospitality. Cuh Yang Apui is the third small rite that is held to pray and urge Yang Apui (the Fire God) and other Gods to create rain, wind and thunder. The last rite is led by the Islam Cham shamans to call God Allah to come and bring rain as well as bumper crops to the area. 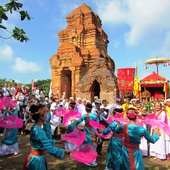 Kate Festival, or also called Mbang Kate, is organized by the Cham people for 3 days at the beginning of October.