Which District To Stay In Ho Chi Minh City?

A comprehensive guide to districts in Ho Chi Minh City: from the top-notch District 1 to suburban districts with lower cost of living.

Known as the most modern and exciting district in Ho Chi Minh City, District 1 is a top-notch district to live in. The first reason attracting people to live in District 1 is its strategic position. Most foreign embassy offices or governmental offices are located in District 1. If visitors would like to do their visas, passports or temporary immigration documents, they can reach these offices within walking distances or 5 to 10 minutes drive.

Secondly, because it is the center district, there concentrate lots of recreational activities, such as shopping malls, movie theaters, bars, restaurants, etc. That is the reason why District 1 is also regarded as a “sleepless district” where a great deal of entertainment keeps you awake all night (see 5 Places to Spend your Night in HCMC). 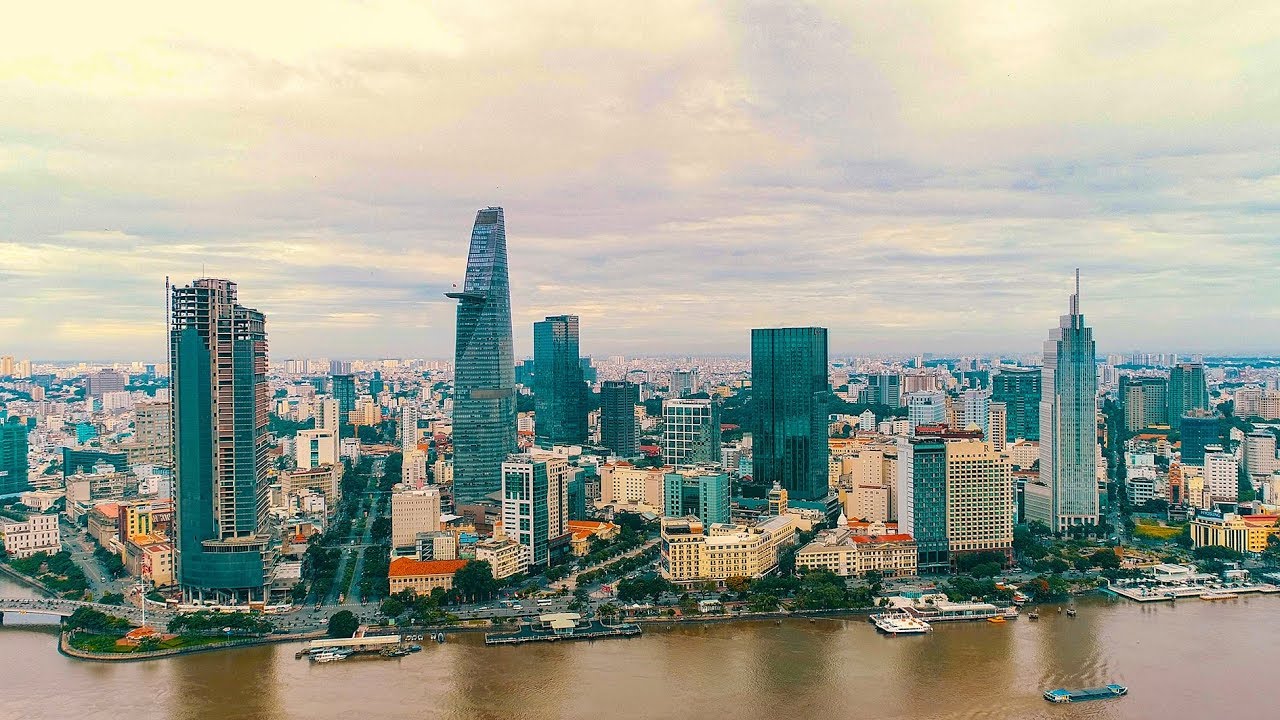 Foreigners from all over the world can be found here - so the chance of making a new expat friends are likely to be higher than other districts. Pham Ngu Lao street is touted as a Western road where there are a lot of Western-styled restaurants, coffee shops, bars and other services for foreigners. Thanks to the high density of foreigners, there are more citizens in District 1 who can communicate in English than in other districts. If you are not confident in your Vietnamese and do not have any translator, District 1 may be the most suitable place to live for less hassle in daily conversation (read Can You Get By With Just English in Vietnam).

Though life seems to be pink in District 1, there are reasons that deter expats from staying here. District 1 is considered to be the most expensive district, like New York City in the States. Everything seems to be more costly here. A cup of coffee is twice or tripled more in comparison with other districts. A movie ticket costs you $1 more if you choose a movie theater in Galaxy cinemas in District 1 instead of Tan Binh district. Daily food at the market is also priced higher. If you just stop by Ho Chi Minh City, District 1 can satisfy all your senses with its premium services.

Thanks to the new Dong-Tay Boulevard project, it normally takes only 15 minutes to 20 minutes to commute between District 1 and District 2. Besides, there are villas and high class apartments available for leasing at more affordable price. If an expat rents an apartment here, he or she can save at least $200/ month depending upon the size and amenities of the house.

If you are tired of crowded streets with crazy motorbike riders in the city center, you may find larger roads with fewer riders in district 2 so enjoyable. Traffic jams don’t happen as regularly as in center districts.

However, there are some drawbacks you need to look at before making a decision. There are not many entertainment activities taking place in District 2. If you are a dynamic young person who can’t stand being home in the evening, you may think twice about living in District 2. It seems district 2 is more suitable for middle-aged and elderly expats who prefer fresh air, fewer people and a peaceful life.

Young people still have another option of accommodation to live near the city center at a cheaper price: District 3. Not so far from District 1, people living in District 3 tend to use a cab or rent a motorbike as a means of transportation. District 3 is suitable for those who stay in Ho Chi Minh City just for a short time and travel on an economy basis. One advantage of living in District 3 is various kinds of recreational activities: coffee shops, movie theaters, parks (Tao Dan Park, Le Van Tam Park). 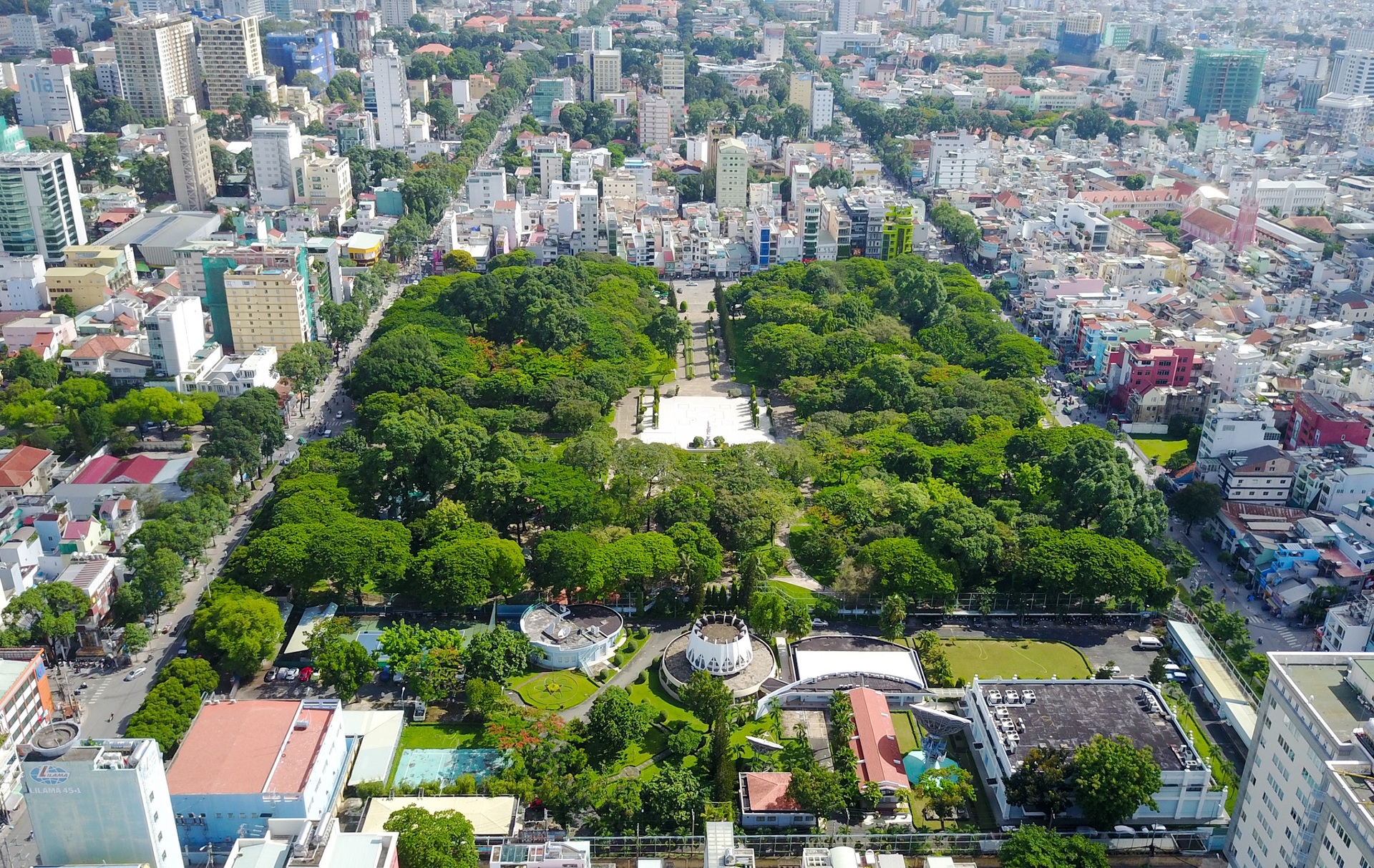 If you are a coffee lover and want to discover different themes of coffee shops, District 3 is your right choice. Besides, if you are tired of going shopping at malls, you may try looking around some fashion shops on Vo Van Tan street, Nguyen Dinh Chieu street, Cach Mang Thang Tam street, to name a few. Family with teenagers may prefer living in District 3 because the shops mostly sell clothes at their ages. If you are shoe lovers, you cannot miss lots of shoes shops on Ly Chinh Thang street where extra sizes are available at much less price than buying those in district 1.

However, district 3 has small roads, therefore, traffic jams happen almost every day at rush hours. The only way to avoid being stuck in a traffic jam is try to get out/ get back home right before the peak hours. 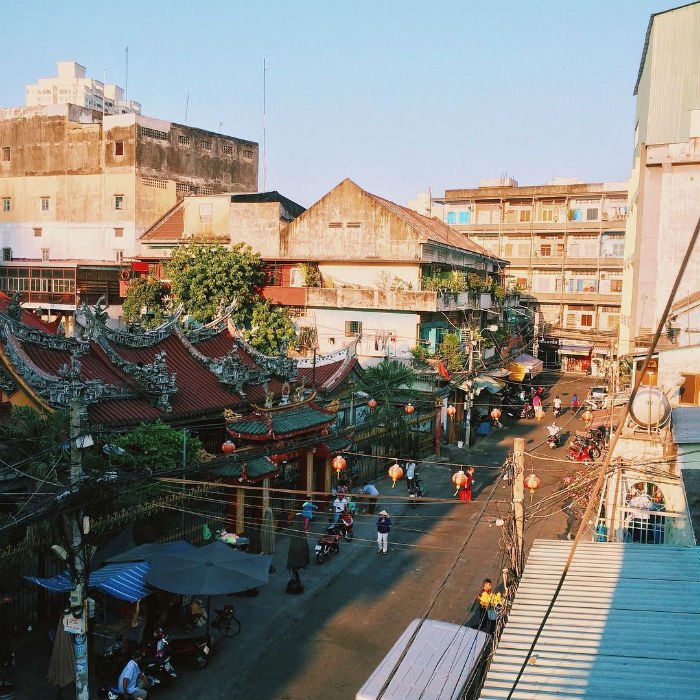 Chinese food sold in district 5 is authentic and yummy which satisfies even the toughest customers. Public transportation is also convenient to travel back and forth between District 1 and District 5. From District 5, you can take the bus No. 1 at Cho Lon Bus Station (20 cents for a ticket) to get to Ben Thanh Market in 45 minutes. If you are travelling on Lunar New Year occasion or Moon Festival, you should really consider District 5. It gives you truly festive atmosphere of celebrating these special occasions of the Hoa people community living here.

The only disadvantage of living in District 5 is not so many people can speak English; they can speak Chinese (both Mandarin and Cantonese) fluently, though. If you are good at Chinese, it won’t trouble you, then!

Like District 2, District 7 is chosen as Vietnamese homes by many expats. Though it is a little bit away from the city center, District 7 is touted as the future face of Ho Chi Minh City in the next few years in housing industry. Because it was planned to be a Western district serving high income people in Ho Chi Minh City long time ago, there are a lot of high quality villas available for long-term leasing. Phu My Hung area offers high living standard apartments which are available for either purchasing or renting.

Expats may find their familiar food at a local supermarket which has food from different countries, such as Korea, Japan, and the likes. Fast food restaurants, coffee shops, bars are also modified to be suitable for foreigners. You may feel less homesick when living in District 7. Recently, Domino Pizza just opened its first franchise in Vietnam in District 7. Besides, KFC, Lotteria and other restaurants can be reached within walking distance. Special dinner seafood buffet is available at Cham Charm restaurant during weekends.

However, there are 2 disadvantages of living in District 7. First, because it is a remote area from the city center, there are not many nightlife activities here. Moreover, public transportation is not as convenient as in District 5. Second, high cost of living is another drawback. Because of high quality standards characteristic, it may cost you more for the same service in comparison with other districts’.

Tan Binh district is a good place to live for middle income people. Tan Binh district has lots of middle sized and small companies. Public transportation is convenient though it is often crowded at rush hours (6:30 a.m. -8:30 a.m. and 4:30 p.m- 6:30 p.m.) There are lots of hotels and motels available for renting for short term or long term at cheap price. If you are living in Ho Chi Minh City for more than 3 months, you may try finding a room in some houses. Host family may offer it at a reasonable price. Not too costly is another advantage of living in Tan Binh district. Fast food is also available but not in a variety of choice like District 1 or District 7. There are not as many luxury restaurants and hotels here, either. Food quality is reasonable at its price. 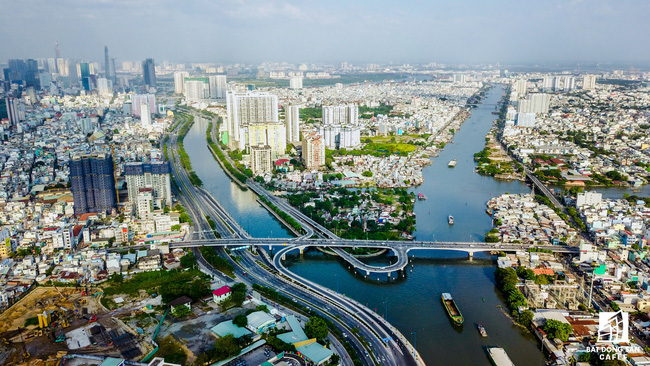 Roads, however, are too small to travel smoothly, especially during peak hours when traffic jams happen almost every day. Entertaining activities are limited. There are not many movie theaters, shopping malls or fashion shops.

If you are an expat officer or a businessman who does not require a lot of means of entertainment, you can think of Tan Binh district to live for a long time due to low cost of living and convenient public transportation.

Being so far away from the city center (about 20 km ~ 12.5 miles), Thu Duc District attract fewer foreigners to live. Most expats live in Thu Duc district because they are working here. People don’t have to worry about their budget when living in Thu Duc. It is much cheaper than living in the city center. For a meal, it may cost you at most $1.5 which can be over $2 in inner districts like District 1, District 3 or District 5. Houses are available for renting at more affordable price, too.

If you don’t care much about the architecture and are not too specific about your accommodation, a house in Thu Duc District is suitable for you. Besides, Thu Duc district has been planned to be an education district of Ho Chi Minh City where most big universities in the city center expand its branches. Therefore, it will be suitable for you to live if you are working in education field such as being a lecturer at a university in Thu Duc. 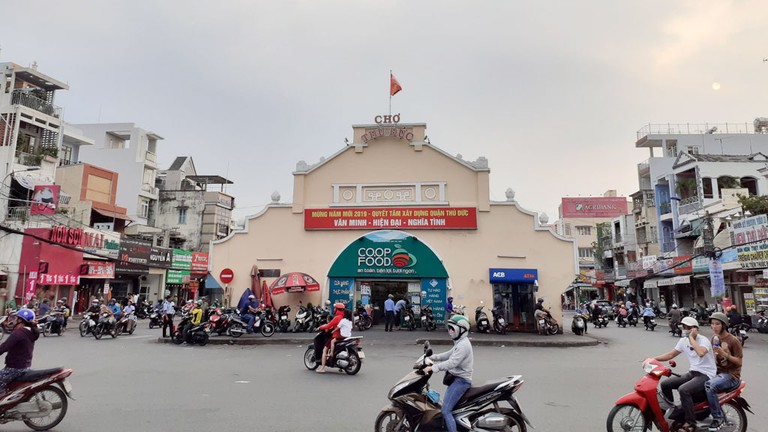 Public transportation is easy to learn and use. The only matter is time. It takes about 1 hour to travel from the city center to Thu Duc district by bus or 45 minutes by taxi. There are not many exciting things to do there, too! Therefore, it is not a good idea for young people who love enthusiastic and exhilarating urban life to live in Thu Duc district. Just imagine that the bus from the city center to Thu Duc district stop its service at 9 p.m, when the party is just about to start, is discouraging enough to make such a decision to live permanently here. 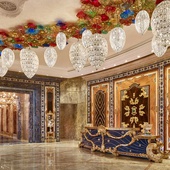 Ho Chi Minh City boasts a variety of choices when it comes to luxury stay. Discover what the city has to offer for your next trip. 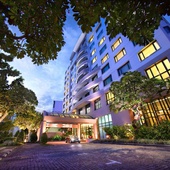 Ho Chi Minh City Airport is well served in terms of accommodation with high quality hotels which are only minutes away.