To many, Vietnam is the latest tiger to take off in Asia. Recent indicators show impressive performance both in economic and poverty production. In fact, Vietnam has been the favorite poster child for many development institutions such as the World Bank and other non-government organizations.  Vietnam economic growth from 2006 to 2010 continues to show positive trends, though the rate of growth fluctuates over the year. According to the General Statistic Office, Vietnam gross domestic product in 2010 is estimated to be 6.78%, making the average growth rate from 2006 to 2010 7.01% (see graph).

Explaining for the degrading growth indicators are multiple sources, including the drastic inflation rate and the world financial crisis in 2008. Of the three sectors, construction and industry show the highest growth and agricultural production the lowest. By the end of the period, however, it is in the service sector that growth prove to be more sustainable. GNP per capital also shows an impressive increase from USD730 in 2006 to USD1168 in 2010. 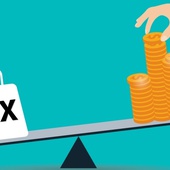