The magical home of clouds and stars 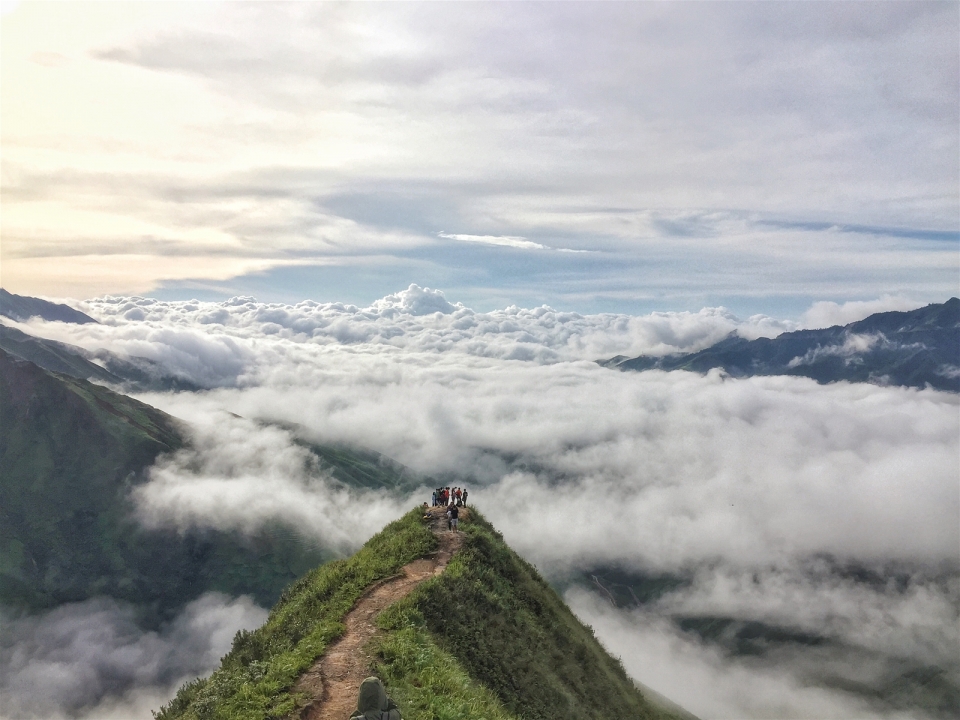 Conquering the top peak of Ta Xua would be the favorite activity for adventure lovers. The shortest peak of Ta Xua mountain, and also the most well known is the Dinosaur Spine. This peak is about 2400m above sea level, making it the easiest one to conquer among the three. From afar, Ta Xua Mountain has the look of a resting dinosaur, so the trail leading to the peak is called Dinosaur’s Spine for this reason. 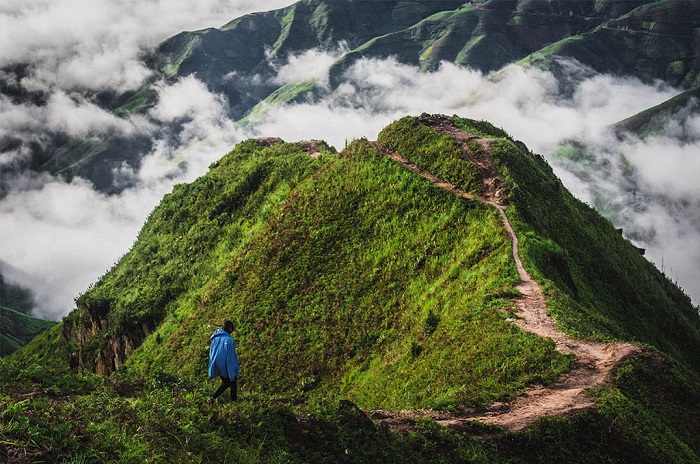 The “spine” is a 1m curving and sloppy road, with two sides bending straight down to the bottom. Sometimes trekkers have to climb with both their hands and legs to avoid the strong wind and be able to stick to the ground. To complete the whole trail it is advisable to bring with you the necessary tools, foods, and drinks for about two days or more.

Along with the danger, Ta Xua Mountain also gives you the chance to see the cloud paradise. Waiting for you at the end of the Dinosaurs Spine is the ocean of clouds. The best time for cloud hunting will be between 6 am to 10 am, but it is advisable to climb to the peak at 5 am to witness the sky changing color. When the sun rises, the clouds will cover the Mong ethnic pad fields below its feet. An awe-inspiring sight will be the reward for those who have the heart to finish the early trekking challenge. 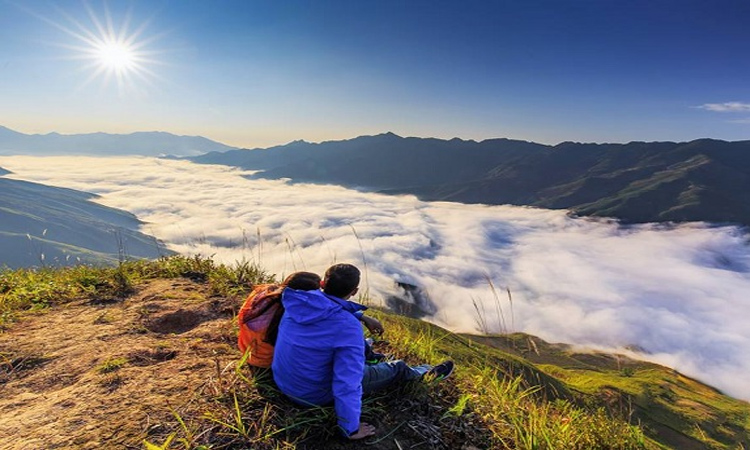 From Hanoi, travelers can choose between train and car to reach Tram Tau, Yen Bai. It will take about 5 hours in total. After arrival, book a bus to Ta Xua village, Ban Cong, the starting point of the trekking road. The rest depends on you to follow the single dirt road with a high slope rate lead to the dinosaur peak of Ta Xua Mountain.

Another option to visit Ta Xua is to follow the Son La route, go straight to Ta Xua without changing the vehicles. This way, you can save more strength for the trip ahead.

The weather from the end of the year to April of the following year will be the best time for a Ta Xua trip. Although it is cool all year round, during this period, the temperature would get cold enough for the clouds to rise and for the stars to escape the dark. With a little luck and lots of patience, you will have the chance to witness with your own eyes the Milky Way at one of the most wanted destinations for star hunting. 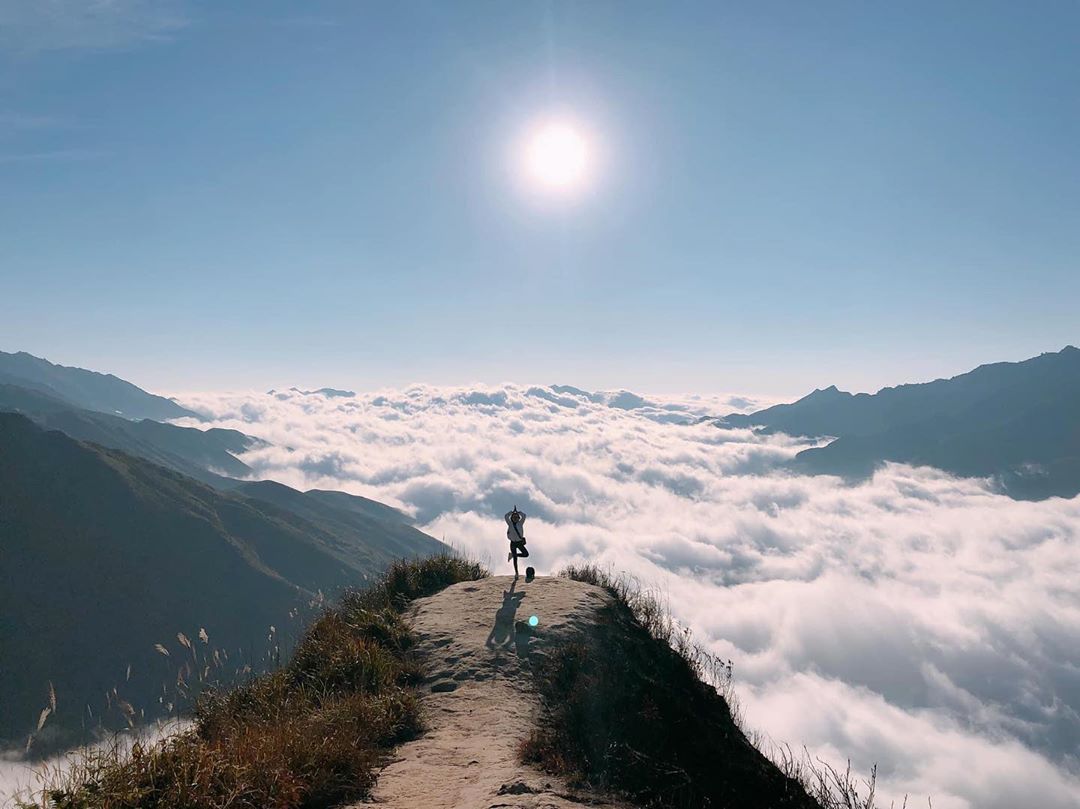 As Ta Xua Mountain is in the rural area of Yen Bai, the service here is rather poor. For accommodation, it is suggested to take a look at surrounded homestay or rent a camp making a fire in the middle of the range. The host will then cook local dishes for those who would like to try the flavor of wildness. However, that will not pose a big problem as the sole purpose of the Ta Xua trip is cloud hunting and conquering the Dinosaur’s Spine. 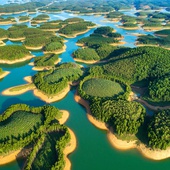 Thac Ba Lake is located in Yen Bai province, 140 km in the west of Hanoi. One part of the lake belongs to Yen Binh, while the other stands on Luc Yen District. 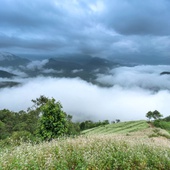 Along with O Quy Ho, Ma Pi Leng and Pha Din, Khau Pha Pass is popular known among adrenaline junkies as “One of the 4 greatest mountain passes” of Vietnam. 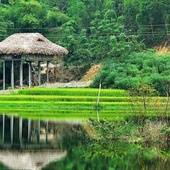 Northwestern region in Vietnam is famous not only for the beautiful landscapes but also for the authentic villages with long-lasting diverse culture. Among them, Ngoi Tu village plays an important role in making Yen Bai more popular and is a key factor to develop community-based tourism here.