Vietnam is a country of tourism. From the North to the South, any province has its own advantages to attract visitors. Among thousands of interesting places in Vietnam, there are several World Heritage Sites recognized by UNESCO, and these Heritage Sites help Vietnam a lot in earning tourists through years.

Vietnam is a country of tourism. From the North to the South, any province has its own advantages to attract visitors. Among thousands of interesting places in Vietnam, there are a total of 7 World Heritage Sites recognized by UNESCO, and these Heritage Sites help Vietnam a lot in earning tourists through years.

Halong Bay was listed in 1994 as a World Heritage Site by the United Nations Education, Science and Culture Organization. Having been a famous destination for years, this site becomes even more renowned after this world famous recognition. With 1960 islands in different sizes and an unbelievable smooth sea surface, Halong Bay has written its name to one of the worthiest places in the world to visit. An especially great time to visit Halong is in May when the annual Halong Bay carnival takes place. 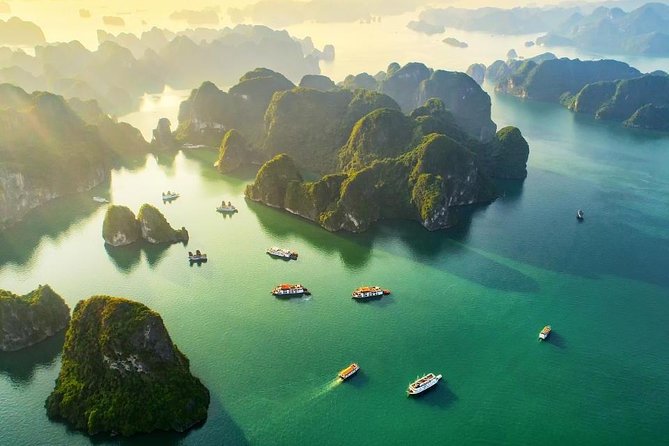 Phong Nha Ke Bang Park does not have a long history like Halong Bay but the area bears its own ace. It has the largest grotto in the world, as well with the longest underground river. Moreover, Phong Nha has rocks and stones naturally set in different sizes and shapes and a wide range of living creatures inside the park. Son Doong Cave, the largest cave in the world, was recently discovered in this complex of natural wonders. 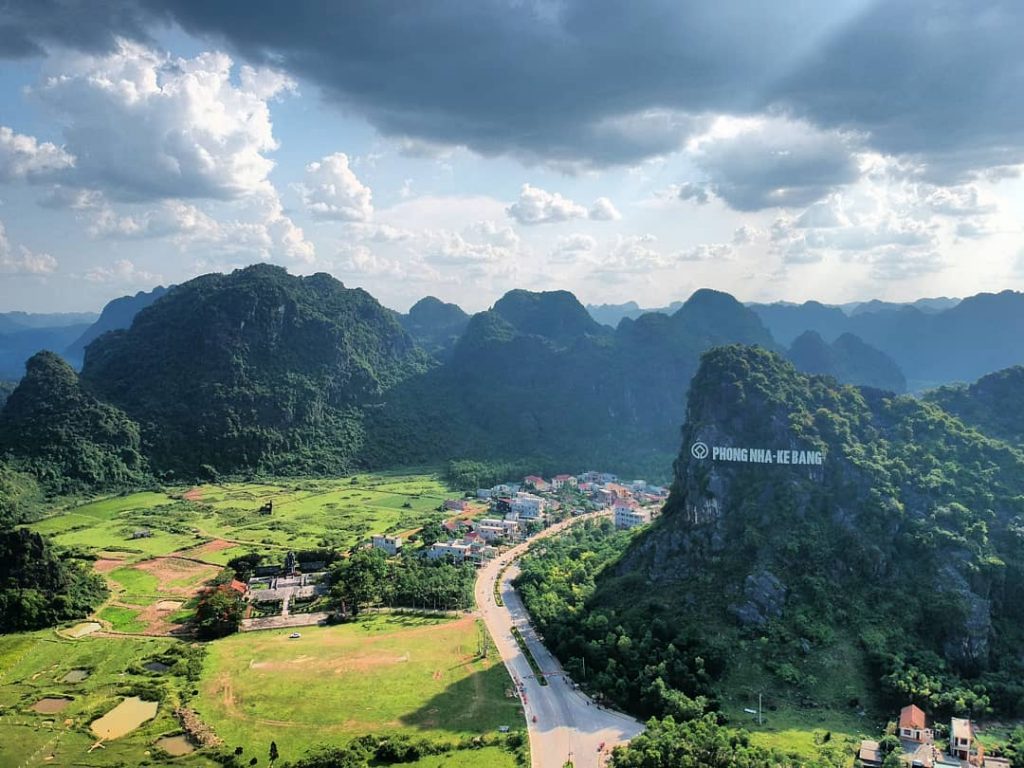 The Complex of Hue monuments is a combination of many royal aspects from the Nguyen dynasty (the last feudal dynasty of Vietnam) with the Imperials City (Hoang Thanh Hue) including the famous High Noon Gate (Ngo Mon), many tombs of Nguyen Emperor (Gia Long, Minh Mang, Thieu Tri, Tu Duc, Dong Khanh, Khai Dinh..), monuments, temples, pagodas, and load of other interesting elements. A visit to Hue will not be complete without a day spent on appreciating the historical values of Hue citadel and tombs. 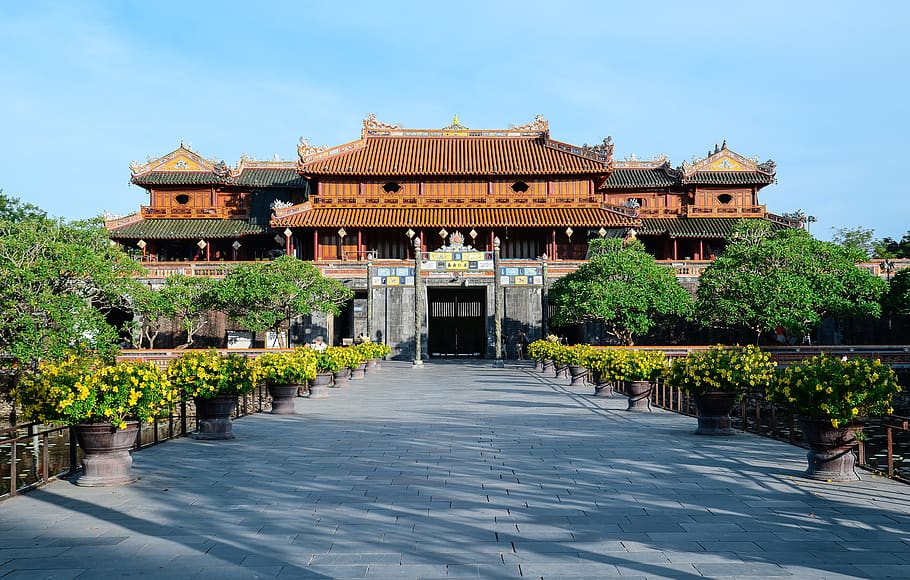 Ancient Town Hoi An is already famous for its Chinese and Japanese influence on architecture, hand made toys (lantern, lotus floating candle) and the biggest and most marvelous Full Moon Festival (Trung Thu) of the country. Moreover, the bridge buit by Japanese here and many Chinese Assembly Halls are the most attractive places for the tourists. Formed in the 16th and 17th century and thriving as a trading points of various countries, Hoi An now still retains much of its trait since the old days: from family cult houses to community gathering place and colorful pagodas. 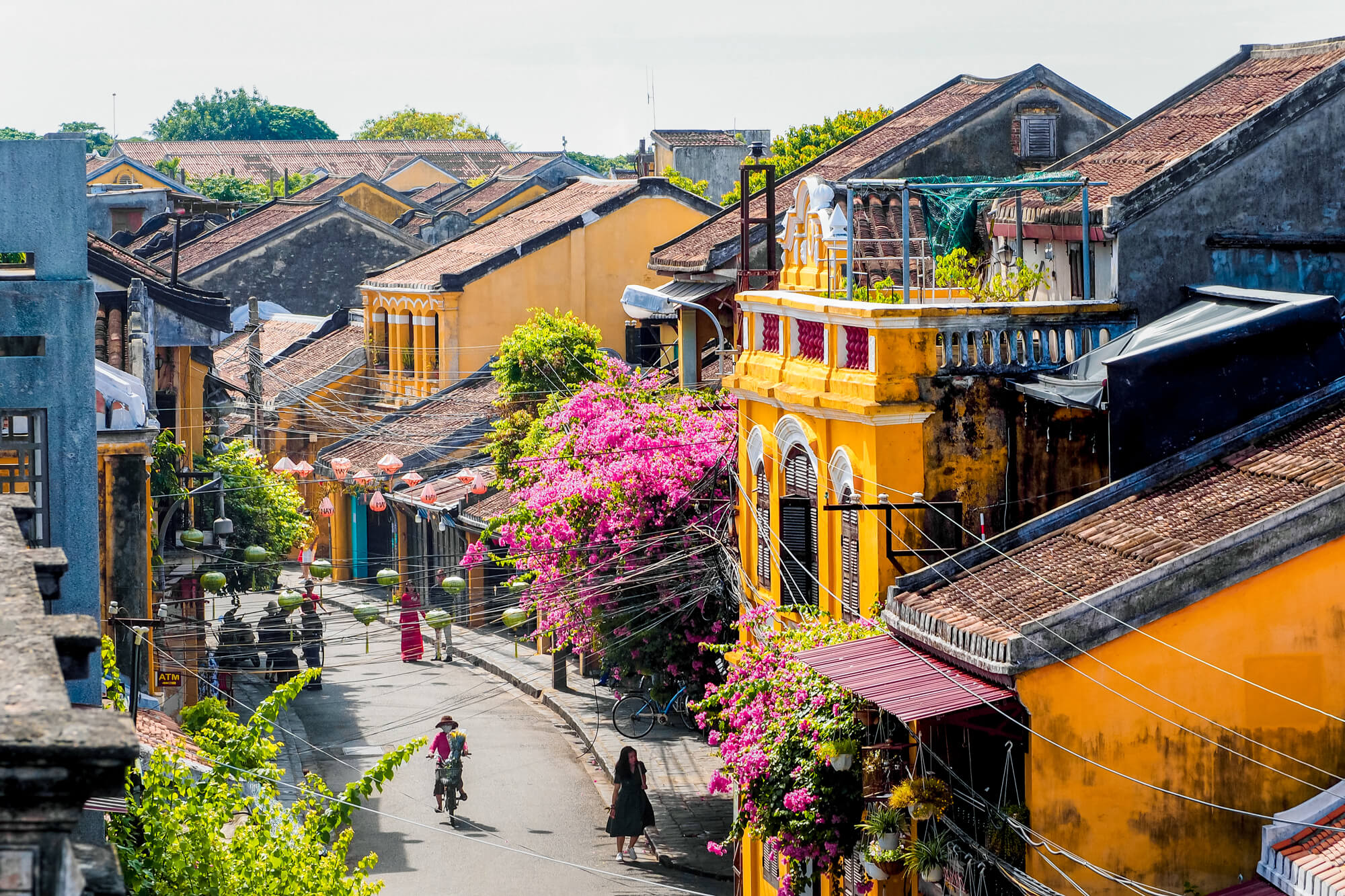 My Son Sanctuary, containing somewhat 70 ruined and abandoned Hindu temples and tombs, was built by Champa Kings between 4th and 14th Century AD. These temples here once were the place for the royal family of Champa to remember their ancestors and worship their Gods. Plus the wild nature of the place, My Son creates a wonderful scene for people visiting the Holy place. 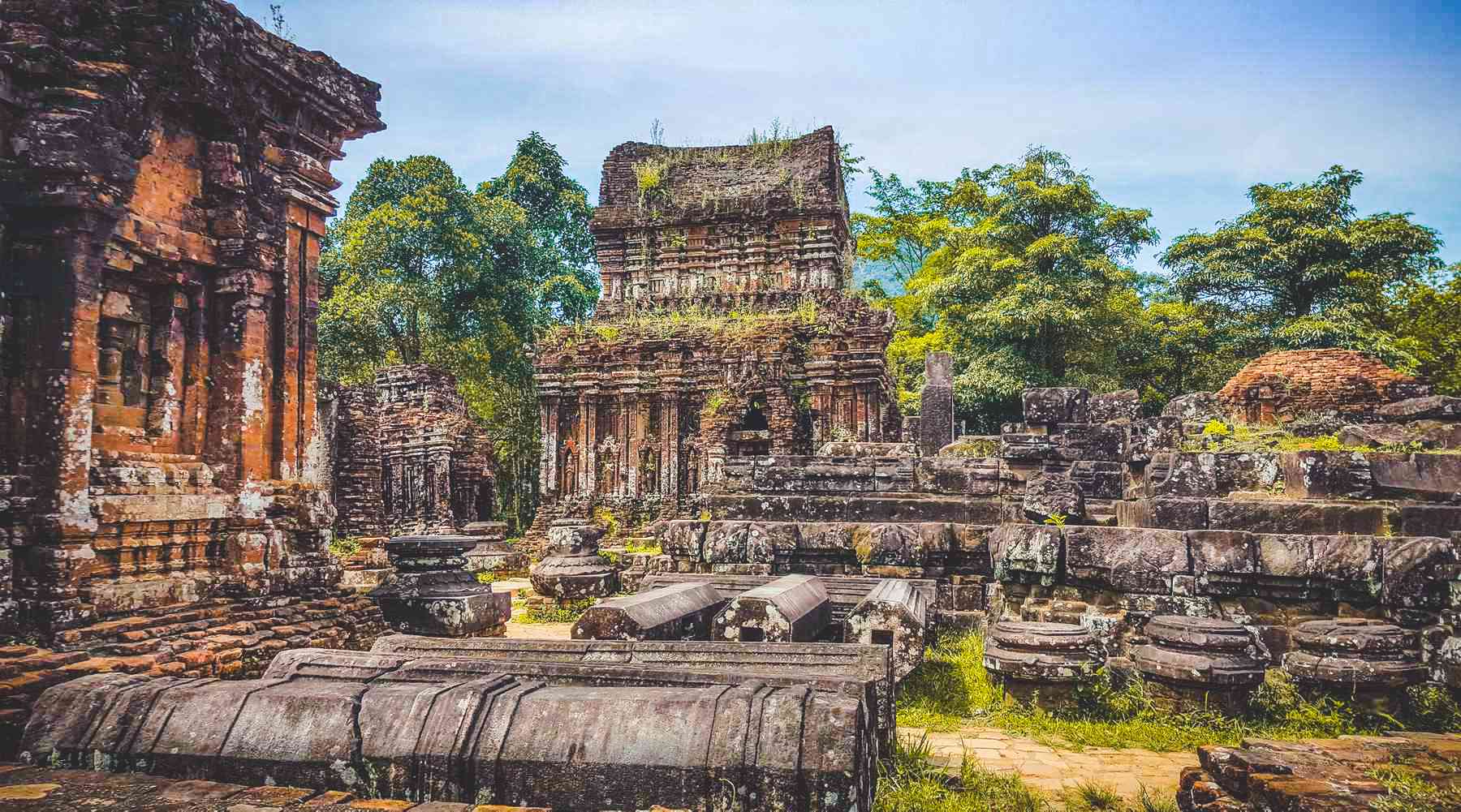 Thang Long Imperial Citadel, which has been declared a World Heritage in 2010, is a very strong citadel, standing in Hanoi from 11 century after Ly Thai To moved the capital here. The Citadel was once the living place of many royal families: Ly Dynasty, Tran Dynasty, Le Dynasty, Trinh Dynasty…and nowadays become one of the most famous Citadels of the country. 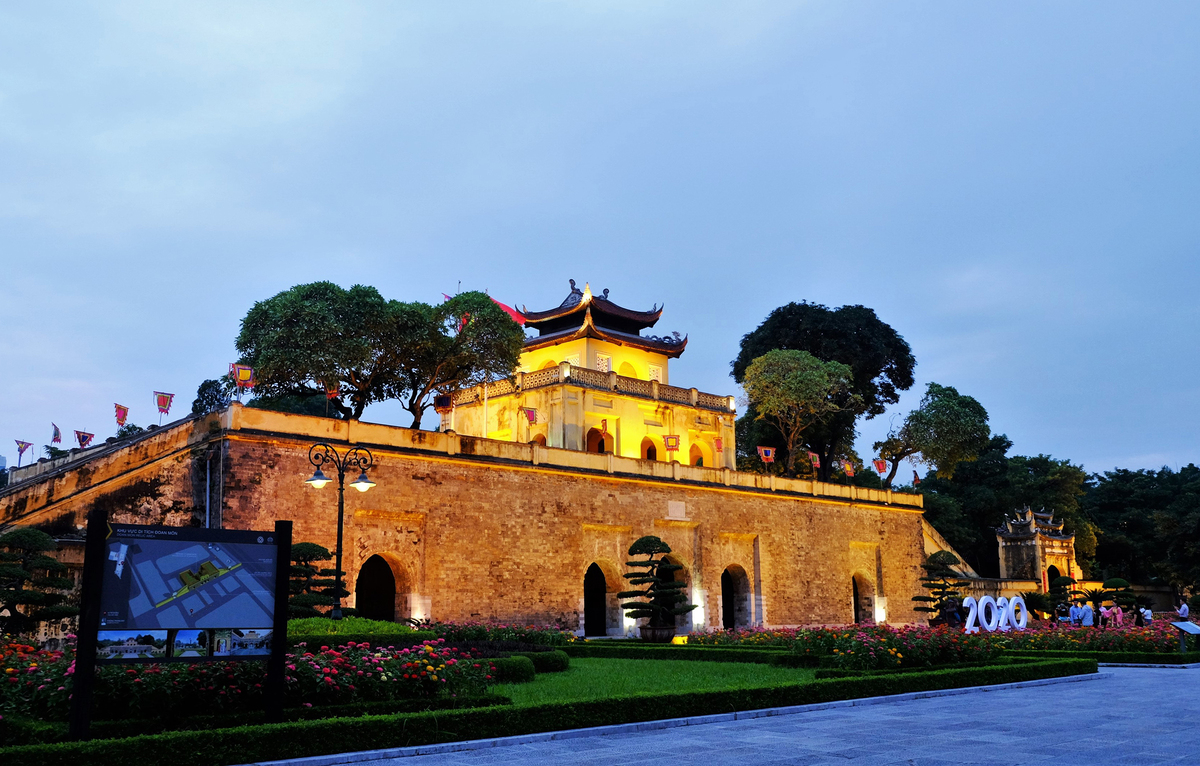 Ho dynasty fortress in Thanh Hoa province is the only one ancient stone Citadel left in Southeast Asia, built in 1397 with unique architecture and beautiful natural base. Moreover, Ho fortress is combined by many heavy stone packs, some of them weight more than 20 tons, strong enough to against even the most powerful campaign at that time. In addition, inside the fortress, archeologist found the stone balls for cannon (Ho Nguyen Trung is the inventor of cannon gun), one of the oldest cannon balls in Asia. 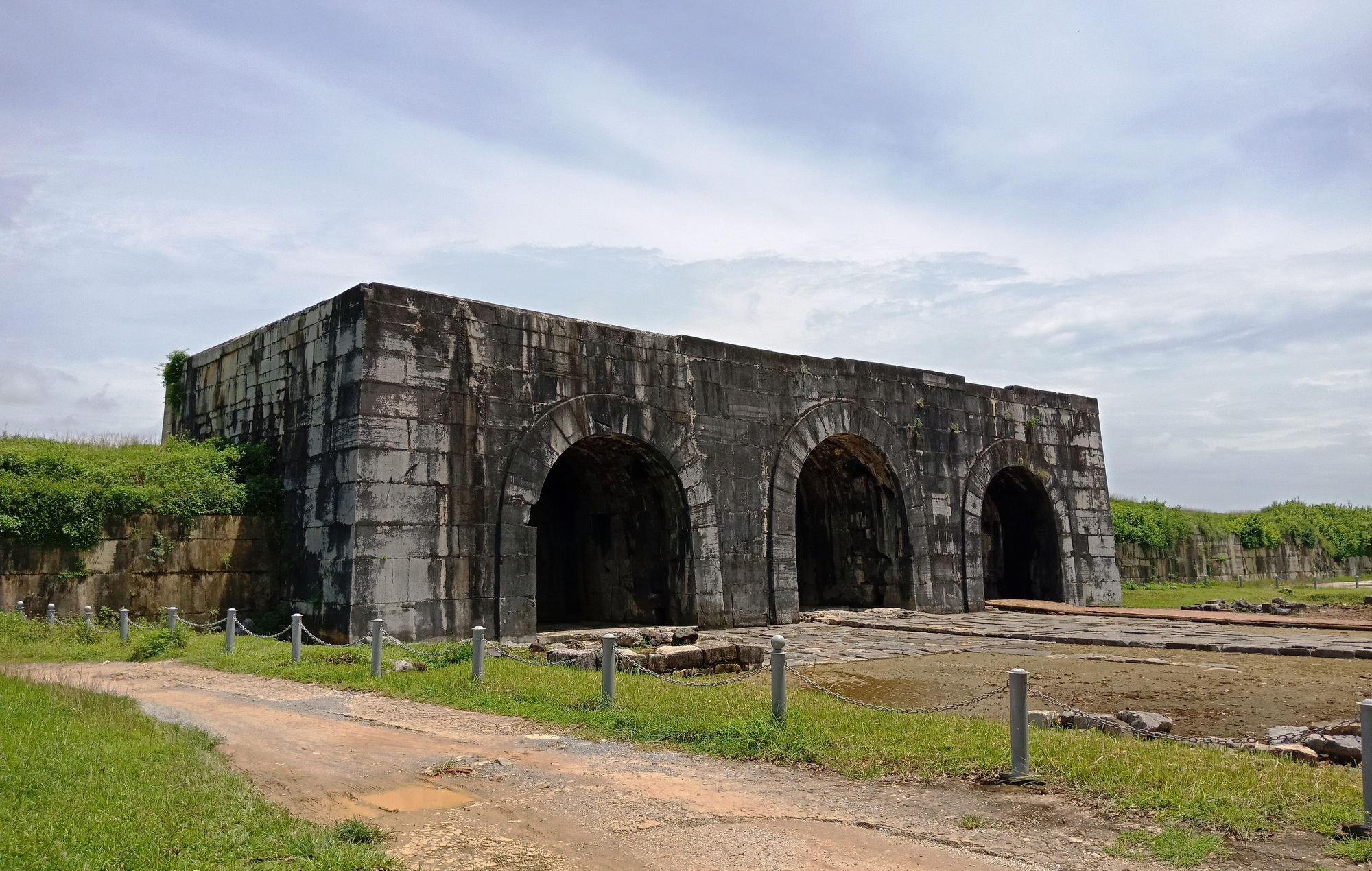 Besides these 7 World Heritage Sites, there are also other UNESCO recognized intangible heritages in Vietnam.